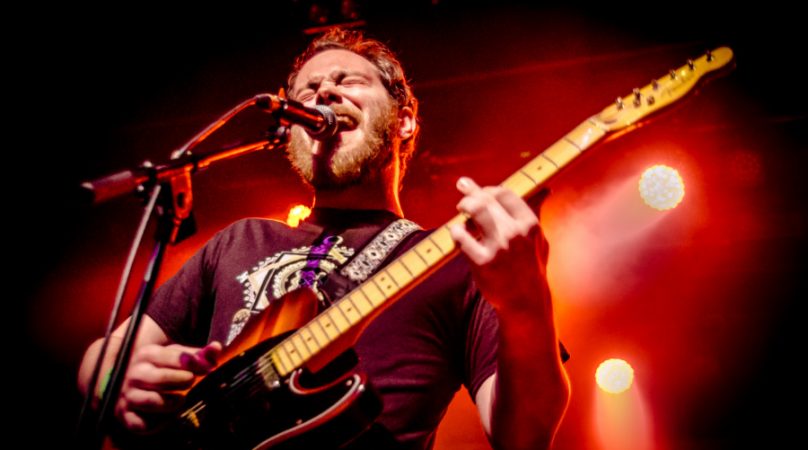 Let’s continue this DESERTFEST BELGIUM 2014 report with the festival’s über special second day, when premium doom outfits decided to collide with an army of ballsy – and sometimes a bit maniac – bands. Be sure that on this very Saturday of October 2014, comfort zones were annihilated and necks were crushed. Masterly lesson of heaviness by PALLBEARER, YOB, KARMA TO BURN, YOUR HIGHNESS, HERDER, DIRTY FENCES, STEAK, and more. (Photos by Sylvain Golvet)

Even though we’re actually more excited by the prospect of seeing winning doom tierce Yob-Wizard-Pallbearer take the main stage on this rainy Saturday, we’re also here to experience new stuff. And who could make us understand that nothing is for granted at a heavy festival more than Canadian singer DAVID CELIA? Usually, I would have frowned (I mean, we’re mostly here to get ‘heavy babyyyy‘), but the specific context of a quick team briefing, comfortably sat in a couch at the Vulture Bar with cool acoustic folk melodies as a background… is quite fine by us, actually! I’d even say that this kind of lounge atmosphere feels very welcome to start this long day.

After a quick stop by the merchandising room and the inevitable tokens purchase for beer, we head to the Canyon Stage to catch Belgian rockers MOONWARD. Despite their nerdy freshmen look, the young trio delivers punchy stoner rock tunes with precision, being somewhat reminiscent of Dutch compañeros The Machine. Even though none of Moonward’s songs are really original, westill  get captivated by their virtuosity. Don’t ask me why, but I skip out before the end of the show, probably afraid of getting my brain lobotomized a bit too soon (not that I mind, but I’ll need to use it fully afterwards). 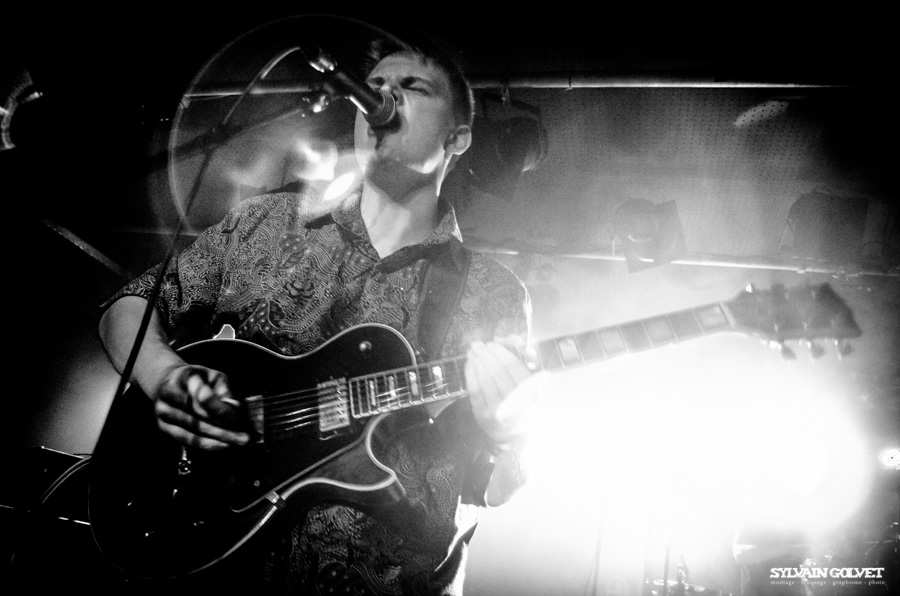 Next on my to-do list are London’s desert rock favourites STEAK. As fate would have it, I was a bit zoned out at their release show in London last month, so it’s in the front row with my ears and eyes wide open that I attend today’s gig. From the first notes, all attendees get their mugs crushed by this massive desert rock tank. However, despite their undeniable power and irresistibly fuzzy flavor, I can’t help but picking up a few lapses of pace… Anyway, a moshpit gets quickly started – the first of the weekend! – which proves downright that I’m probably the only picky bugger who’s paying attention to such insignificant details. The Steaks end their performance on their ten minute single “Rising”, and offer the first proper desert rock delivery of the festival. Pisser. 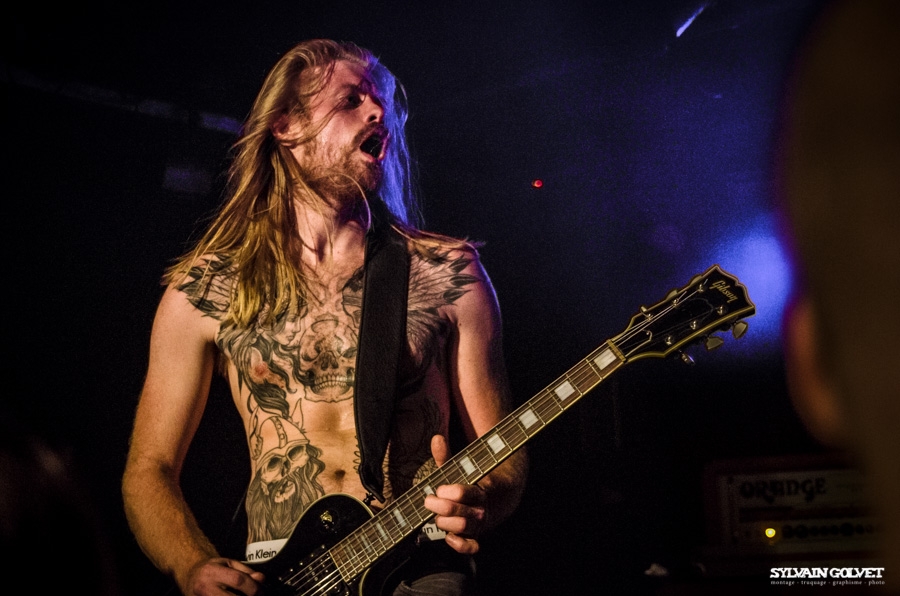 NYC crazy foursome DIRTY FENCES is next, and surely the first big slap in the face of the weekend, as far as I’m concerned. The first time I heard of these guys was through a split EP with The Shrine (let’s note the subtly sexy artwork). Now if that ain’t a token of quality! When the bassist turns up in his classy satin leopard shirt, I think “another band who mixes up psych and kitsch”. The rest of the crew shows up with a clothing style just as quirky as Brooklyn’s cool kids looked in the late 80’s, the drummer sensually puts on some black lipstick, shouts some kind of mumbo jumbo… then a 70’s punk tornado tears the small Vulture Stage down! Unless you’re just a doomy caveman, I can guarantee that you won’t resist any longer to their fucking energy, catchy songs, silly choreographies and the drummer’s nutty speeches (just picture Valient Himself saying some even more random stuff between his songs). After 40 minutes of punk’n’roll madness, the band leaves us with a Reebok Classic sneaker stuck on the mic. All hail Dirty Fences!

Another band who was on top of my Desertfest to-do list is HERDER. When I turn up at the Canyon Stage, the venue is half full and the band is already on. Getting closer to the stage helps me figuring out where all the moshers have been all this time… for it’s a fucking wrestling arena, here!!! Seeing how the singer has taken over the whole stage perimeter, I have to admit I’m a bit scared of getting accidentally headbutted or something. To hell, I’m going anyway! With “Herder is harder, fuck you til death” as a motto, you can imagine that the Dutch outfit doesn’t go in for subtleties… They inflict us a sound treatment that could be summed up as follows: hulking, brutal, technical. In addition, these guys’ charisma is mental, and you wouldn’t certainly pick a fight with their huge (and hyperactive) frontman. Fuck, this was the most violent yet delightful clout of the weekend so far! And if you disagree, it just means you weren’t here, fuckers. 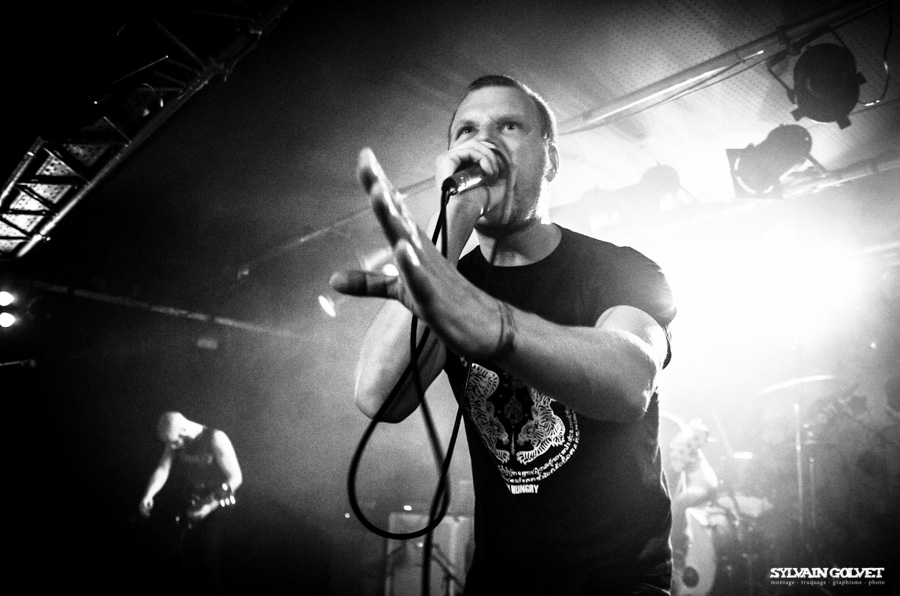 As soon as Herder are done, I rush to the main stage to contemplate US doom-mongers PALLBEARER. Yes, “contemplate”. Because their music is more about a constant state of sonic grace than heavy-just-because-it-gots-to-be-heavy doom: there is a lot of SOUL in there, M’am. Needless to tell you how hard is the “transition” between Herder’s big guns and this… I get instantly overwhelmed by the wonderful “Devoid And Redemption”, and starts crying like a little girl. Because Pallbearer’s anthems are so beautiful and full of grace. They are pure magic. Flawlessly powerful and moving, the band treats us to a 50/50 old stuff-new stuff set, which leads me to think that this new album “Foundations Of Burden” is pretty effective when played live. Here’s how Pallbearer prove us that they can easily bear comparison with their doom elders, who will perform a bit later on tonight… (Amazing live footage courtesy of KoenG)

I won’t thank Nico at Stoned Gatherings enough for urging me to take a look at YOUR HIGHNESS on the Vulture Stage… How in my life have I missed out on such a band? These guys combine pretty much everything I dig in heavy music: they’re sludgy, greasy, groovy, and swampy, vocals are loud and gritty, what’s more they have great taste in music as two of them are sporting Drawers shirts. As the room is packed, I head to the bar on the side of the stage to enjoy my first beer of the day. I may be missing The Shrine right now (everyone told me it was a killer), I don’t care: what’s happening right now is too fucking cool. Time now to discover a band who’s been preached by 99.9‰ of my doom friends: YOB. Until now, I’ve never really managed to get into their music – a change might happen soon – but I’ve been sung the praises of their live performances so many times that I just couldn’t miss that. With my chakras wide open, I quickly catch myself on a wall of doom. The Desert Stage’s excellent acoustics does justice to Yob’s colossal sonic force, to the point where it gets hard for me to keep my eyes open: I’m officially mesmerized by Mike Scheidt’s incantations. Around me, not a single person isn’t nodding along the rhythm. It’s a mass. Meanwhile in a pack Vulture room, French post-black metallers CÉLESTE are raising chaos in the middle of a thick cloud of smoke and blinding strombos… Perfect to disconnect for a few minutes and reboot the system. 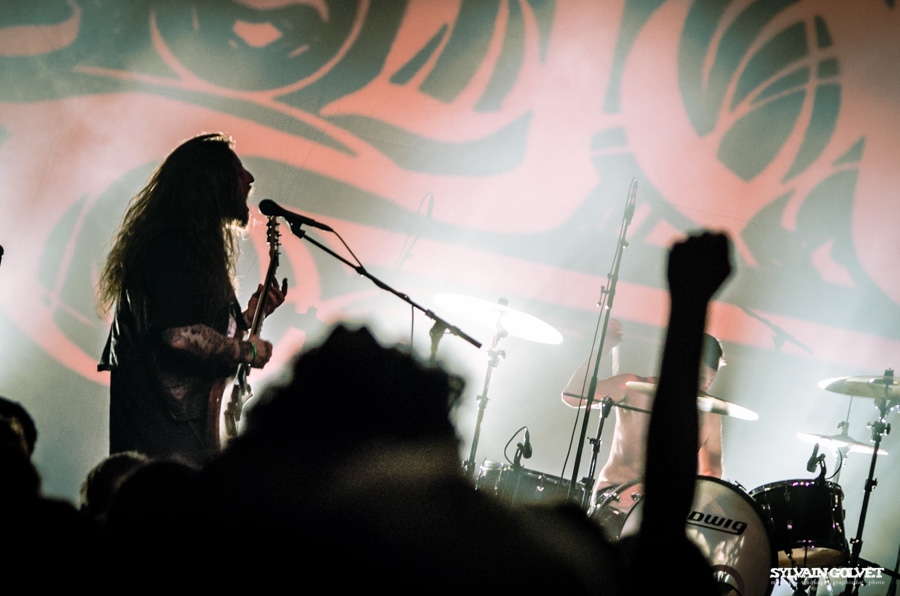 After a short break, I go for a quick visit at the bar upstairs to pass time before Electric Wizard. KARMA TO BURN is setting the Canyon on fire right now: the room is chock-full of people and the crowd is getting electric in front of a trio who has definitely made the most of their literally rejuvenated lineup – both bassist Rob Halkett and drummer Evan Devine must be in their early 30’s – which reflects in the band’s on-stage energy, as well as riffmeister Will Mecum’s enthusiasm. Madness (finally) got hold of the Desertfest audience, stagedivers are bumping into one another a few inches from the ceiling, the band is being cheered warmly after each song… This is by far the best KTB show I’ve attended since… well, since their show in Paris in April 2012! To top it off, songs from their new album “Arch Stanton” sound pretty damn good live! It’s so hectic in here that, despite the fact my friends are leaving one after another to catch Electric Wizard on the main stage, I can’t help but staying until the very end of the show. The afterparty that follows is almost as cool – but if you’re a regular Desertfester, you probably already know that. See you tomorrow for the last day of this already legendary weekend…

READ REPORT OF DAY 1 AND DAY 3