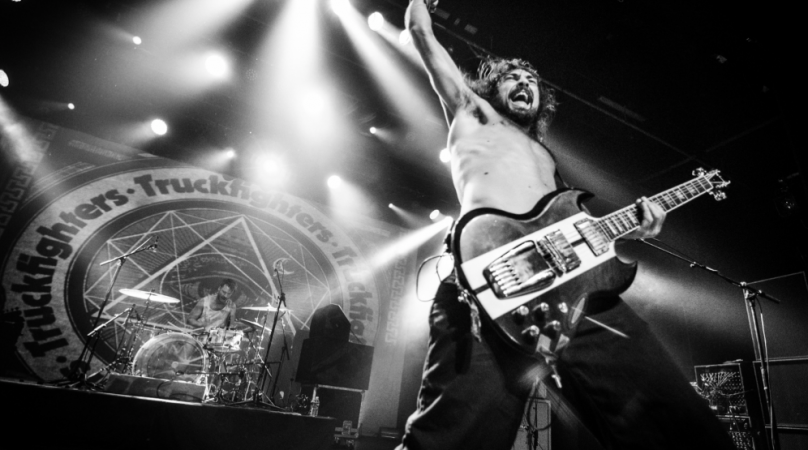 Presently in the stoner and doom scene, two festivals are leading the market: Roadburn (NL) and Desertfest (London and Berlin). So when the latter announced its expansion in the form of DESERTFEST BELGIUM in Antwerp, with the likes of Fu Manchu, Brant Bjork, Electric Wizard, Yob and Kadavar as headliners, fans from all over Europe and beyond decided to make the pilgrimage. Backed by a neatly handled organisation along the weekend, it wasn’t hard to say this first (sold-out!) edition was a total success. Wanna know how that first day looked and sounded like? There you go, friends. (PHOTOS: Sylvain Golvet)

Very impatient to discover that new venue on the ever-expanding Desertfest map, we turn up at Trix Muziekcentrum half an hour before the doors officially open, to meet with German duo The Picturebooks for an interview (coming soon on THC). The band and their manager welcome us warmly in the venue’s garden, where we spend half an hour talking about their atypical career and this gem of a new album that is “Imaginary Horse” (reviewed right here). This very nice encounter puts my fellow photographer Sylvain and myself in the perfect mood for enjoying their performance, set to start a few minutes later on the Canyon Stage upstairs. For that matter, I’d like to say that – despite numerous signs across the venue – it takes us a lot of time to find our bearings inside the complex, which has no less than three stages and way too many corridors!

So yeah, THE PICTUREBOOKS is our very first show of the weekend. We sneak to the front and come across our colleagues of Pelecanus and VS webzine, all of us proudly representing the French fringe of TPB supporters. The band gets on stage on time and delivers a physical and stirring performance, galvanizing even the people who were just passing by.

On stage, the original intimate feel of the record gives way too a wall of sound, Fynn Grabke’s corrosive riffs intermingling forcefully with Philipp Mirtschink’s relentless hammering. But that’s not your typical drumming right here, he’s more the kind of dude to hit the floor toms with full force with completely smashed mallets, to the point where his drumkit falls apart twice. People in the audience get on stage, desperately trying to screw the whole thing back, while Philipp keeps playing as if it was his last day on earth. Maybe this constant pounding would feel overwhelming to some people, but c’mon: these guys are so into what they’re doing, giving everything to us, that you can be nothing but enthralled by the performance. Oh, and what a delight to be finally able to hear their wonderful single “Your Kisses Burn Like Fire” live! A must-see. 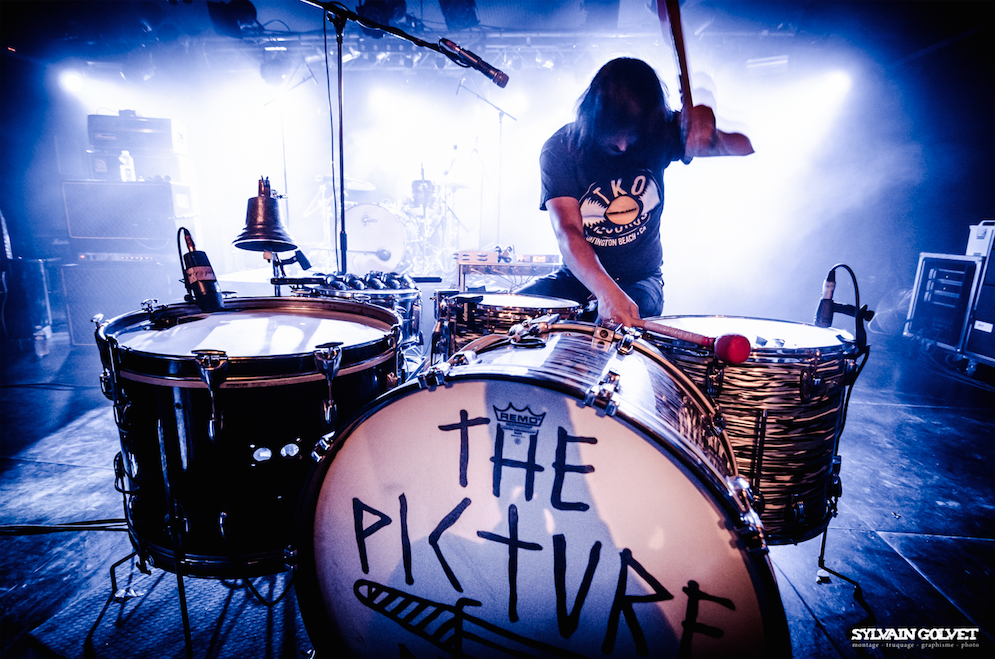 We make a quick stop at the Desert Stage (the venue’s biggest stage with a 1,100 people capacity) to watch BLUES PILLS executing their 70’s blues rock formula like clockwork, something that doesn’t quite excites me for it feels like watching David Letterman’s orchestra instead of a real fucking rock’n’roll show… Ah, these kids may be too well-behaved for me. Now let’s go to the Vulture Stage (the smallest one of all) and discover VALLEY OF THE SUN. Such a bandname, playing this stage, at this festival? Sounds like planets are about to align. And hell they do, as Cincinnati’s trio blasts a super punchy desert rock sound led by a very good vocalist. Nice found! 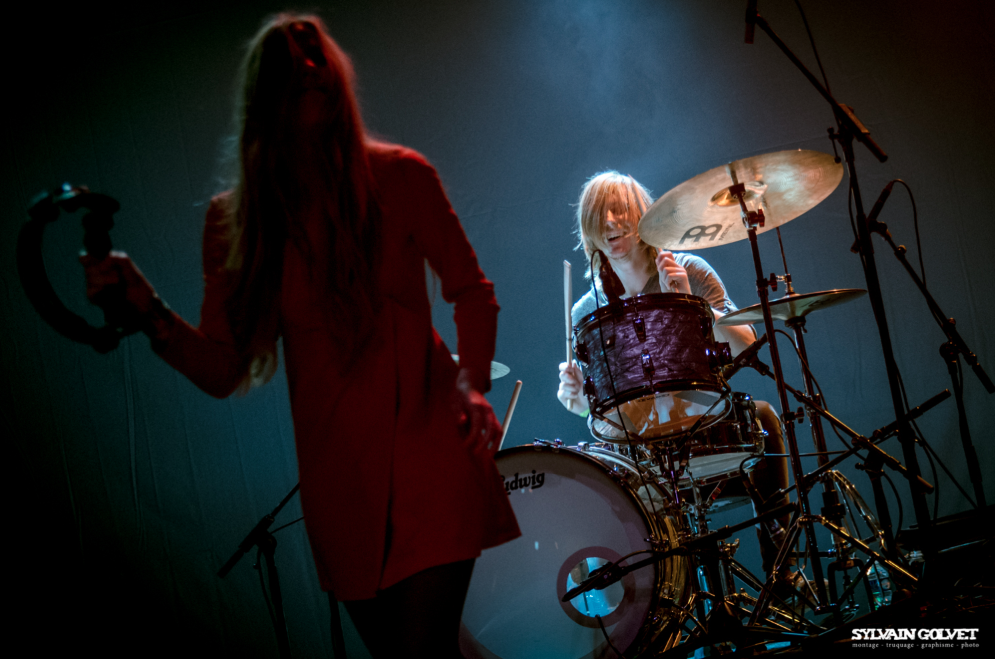 Given that Desertfest promoters had the good sense to put together a food market in the venue’s garden, I treat myself to a vegan burger at “Just Like Your Mom” catering (yep). Not only the food is tasty, you get served extra sauce for free and with a smile, but everything in this space was set so that festival-goers can chill around a table or in any of the couches under the arbors. And no matter the time of the day, you’ll always come across familiar faces (and even famous ones) in an overall super friendly atmosphere.

I don’t know if it was the wisest idea ever to attend TONER LOW right after dinner, however I surely didn’t expect the experience to get THAT physical. Once in the semidarkness of the Canyon Stage, I instantly understand that I won’t be treated to some kind of psych doom whirls like I thought, but more to the same sensation as having my head stuck in a working turbojet. And as I was smart enough to place myself right in front of the speaker, I find myself literally vibrating from head to toes for twenty minutes – which is equivalent to one song. I think the last time I experienced such a megadoom droney trip, it was at a Jucifer show. Anyway, Toner Low remains astounding in many ways. 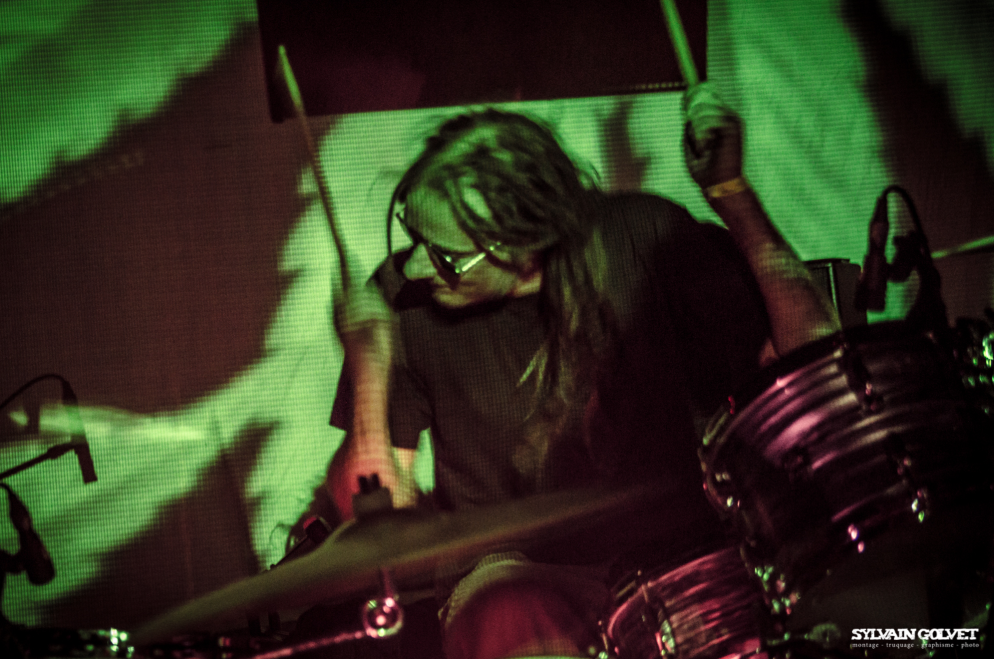 A quick stop by the Desert Stage allows me to see that, no matter if they’ve been touring almost every day for the last few years, the TRUCKFIGHTERS boys still gather loads of people. With a new drummer who’s a real entertainer, the band makes the most of the amazing sound of the venue – which doesn’t make anyone regret London’s Ballroom – and delivers a tight show to every fuzz rock fan of this festival, no time-out allowed. As I’ve seen them maybe 50 times already (which approximately represents 472 Dango jumps), I stay for a good ten minutes then go back to the chill-out area, where I meet some very content Picturebooks. 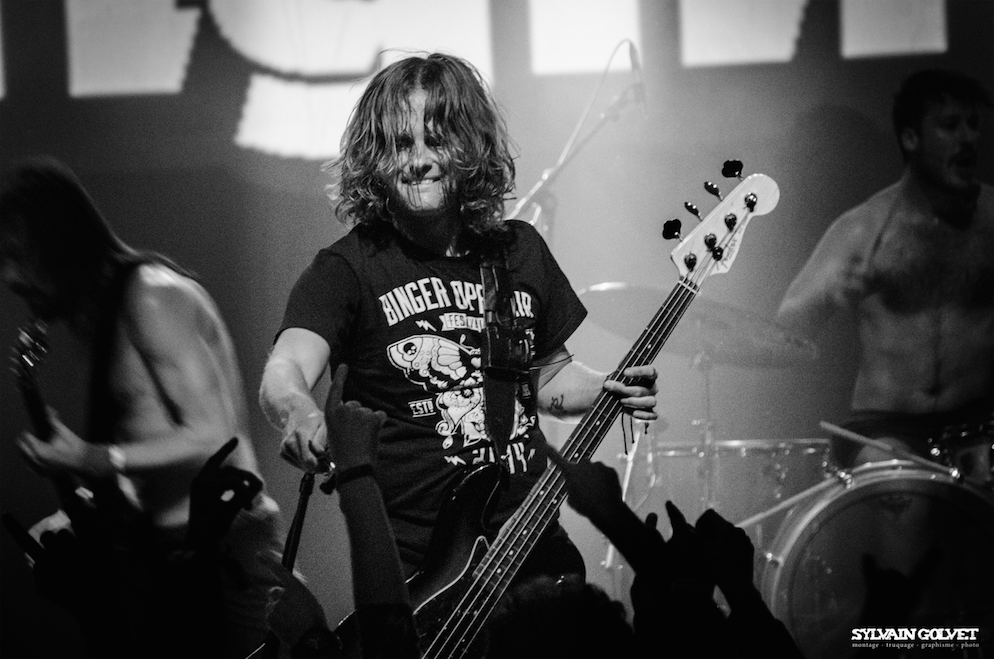 Time for the first headliner of the festival: KADAVAR. You know, that hippie metal trio who kicks any other 70’s revival band’s ass, thanks to incredibly intense rock’n’roll performances? Being the “Kadavar regular” I am, I stick to the barrier just in case a human tidal wave would rise from behind. Always very comfortable on big stages, Kadavar treat us to a killer (and gimmick-free) set, simply using their great sense of groove, heavy-as-shit riffage and this epic drummer of theirs as the best rhythm machine you’d ever dream of as a rock band. Even though the crowd doesn’t seem much into moshpits and crowdsurfing, people respond warmly to each song, so well that even the security guys start nodding and glancing at the stage.

Objectively, Kadavar is one of the best live rock bands around at the moment, and for having seen them countless times in quite different contexts, I can tell you tonight was one of their best shows in terms of power and technique. The execution was just immense, the energy was contagious, and watching them on stage was as always so much fun: Lupus (voice/shred/king of headbanging) and his epic solos, Tiger (hitter-in-chief/octopus) always making the most of his ride cymbal, always so full of swing, and Simon (groove giant) and his very feline attitude, so focused on stage… It’s like witnessing the Avengers of proto-metal in action, everyone’s his specialty. The perfect ending for this first day at Desertfest. Night, Antwerp ! 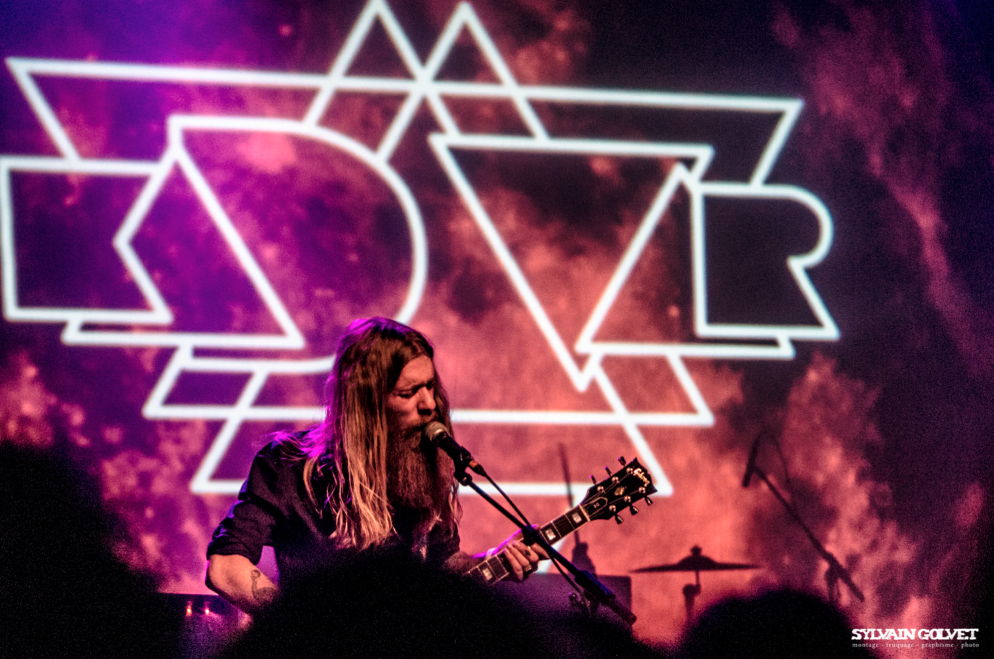 READ REPORT OF DAY 2 AND DAY 3