Savage and in-your-face, KILLER BE KILLED give all on “Reluctant Hero”. 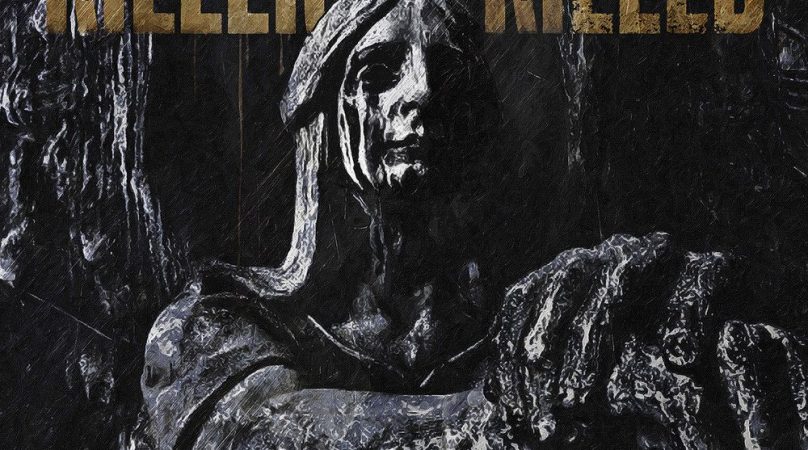 “Reluctant Hero” is the new sugar candy offered by KILLER BE KILLED just before Christmas. Sweet and tasty, it pops, it feels like home and leaves you with a slightly bitter but enjoyable after taste. For the sleeping beauties out there, Killer Be Killed what you get when mixing of members of Mastodon, Soulfly, Converge and Dillinger Escape Plan, and letting it cook until it explodes.

The end result? A formula in which you’ll find the anthemic vocals of Troy Sanders (Mastodon) without the proggy and over the top aspects; the modern and chirurgical rhythms of Ben Koller (Converge); all laying on top of the heavy and primitive riffing of Max Cavalera (let alone his instantly recognizable vocals); while Greg Puciato brings the “core” element with his lead guitar and a few screamo layers.

Their self-titled debut divided, mostly due to how far-stretched it was from its members’ seminal projects. The recipe was well thought-out and tasty, but it was hard for Soulfly or Mastodon fans to process it and give it the credit it deserved. It took quite a few years for people to finally admit they liked this debut effort, which many consider a classic nowadays.

So what about “Reluctant Hero”? The least I can say is that we are in known territories. The same recipe is applied and it’s a very pleasant one. Is that it? Well… Yes. No matter how good it is, it could have been released 5 or 6 years ago without anyone noticing: the lack of experimentations, new directions and ideas make it way too predictable.

Out of these eleven songs, “Inner Calm from Outer Storm” left the best impression on me. The ambient intro is reminiscent of recent Gojira, and the contrast between the punk hardcore riffing and Max’s guttural vocals is a treat to the ears. One of the best cuts off “Reluctant Hero”. “Crowded Wound” is also a highlight: although predictable, everything seems to work better than usual. It has this little extra something that takes it to another level. And what a bass line to finish this one!

So, was I disappointed by “Reluctant Hero”? Absolutely not. One should keep in mind that we have four seasoned musicians (among which three vocalists) with strong personalities, so it would have been impossible to venture into new horizons without leaving one of them behind. It’s a tight balance they found, and even if the record is far from breaking new grounds, it’s still incredibly catchy and well-made. Far from the cult material these guys released with their main projects, it’s still a love letter to a direct and in-your-face brand of metal, one that had almost disappeared of our stereos.

I’m convinced that many will overlook this album, but just like their debut it might end up being a record many go back to regularly. Typically a grower that will melt the iron heart of many a metalhead in the coming years. As Americans say, “if it ain’t broken, don’t fix it”! Long live Killer Be Killed!