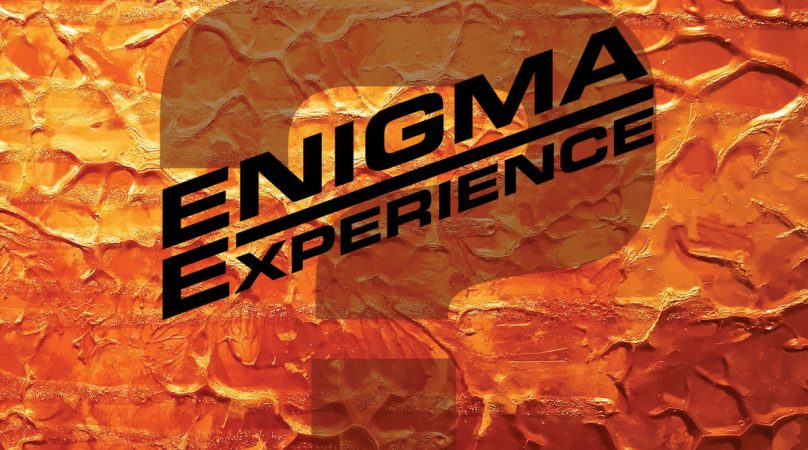 Personal challenge : what if I tried to review the side project from Truckfighters guitarist Dango, without mentioning Truckfighters? Spoiler: I failed. “Question Mark” is ENIGMA EXPERIENCE‘s debut album and I initially thought I could easily win my bet. From the band and album name to the artwork, nothing reminded us of Scandinavian Stoner…

Sadly, a soon as I started listening to the record, I realized how difficult this challenge might be. The first track “Realityline” is one long melodic song, very well-put together and on which we can clearly hear all of Dango’s special guitar moves and sound. We’re talking about an 11 minutes crescendo perfectly crafted but how could we not compare it Truckfighters’ “Calm Before the Storm”? Don’t get me wrong, we’re not in front of any copy pasting, the song has its very own flavor and it’s a very moving track. The vocals from Adams are more technical, have a higher pitch and to me are more expressive but probably less iconic. That being said, the overall musical style definitely reminds us of the “Desert Cruiser” authors.

Luckily, right from the next song “Lone Wolf”, the vocals are more upfront and bring a new direction to the combo, something almost hard rock / early heavy metal (with a hint of Chris Cornell) while Dango is having fun adding more dissonances in his riffs and a burlesque feel that reminds me of the “Lullabies to Paralize Era” of Qotsa.

Very quickly it was clear to me that the melodic and more elaborated tracks were demonstrating an insane control and quality in the songwriting but obviously have a stronger connexion with Truckfighters’ legacy. On the other hand the songs with faster rhythms have more personality but are definitely messier and seem a bit less mastered. All along the album, we can feel this back and forth between crazy experiments and very well-crafted tracks. “Corruption” is the one songs that captures both sides of the bands songwriting the best. To me, it’s by far the most interesting track on the record.

A brief word about the rhythm section, Mr Pezo (ex Truckfighters drummer) is doing a great job without ever putting himself in the spotlights. The bass duties were directly recorded by Dango Kallgren and mostly compliments the guitar work even though there are a few highlights. And even if it’s incredibly hard not to compare it to Truckfighters, it’s worth keeping in mind that a big part of what made Truckfighters the kings of Swedish Stoner is precisely Dango’s highly recognizable guitar playing. From the big low tuned heavy riffs to the extensive use of appogiatura and somewhat jazzy melodic phrases, it’s all in here

Question Mark is a good debut album and we can’t wait to see where these guys are heading. We hope that whatever comes next is both weirder and yet more epic as the band showed us great capabilities in these two directions. Freed from any of the responsabilities of Truckfighters, this Dango Unchained did not disappoint!

Savage and in-your-face, KILLER BE KILLED give all on “Reluctant Hero”.