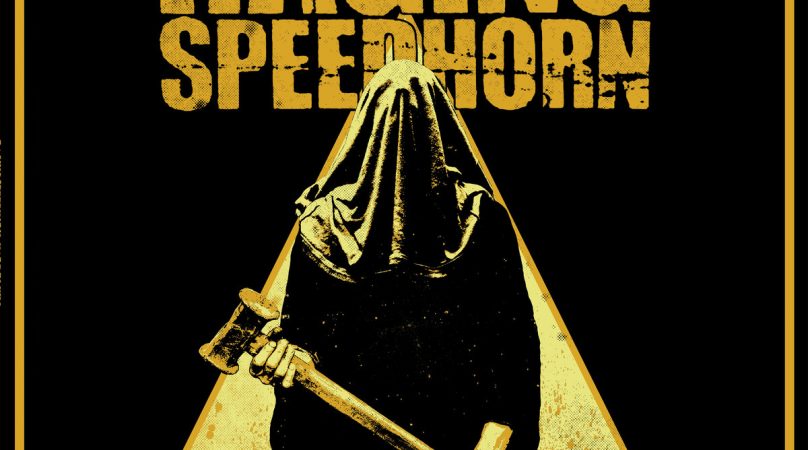 RAGING SPEEDHORN return with their sixth album “Hard To Kill”, and it feels good to find the Brits in such great shape, true to themselves after more than twenty years of career (and despite a few years hiatus).

However, it upsets me to have to admit that despite two decades of existence, the band is still lacking recognition to only trigger the enthusiasm of their devoted fans (including yours truly), mostly made up of of English people.

Yet, it would be rather simplistic and unfair to typecast Raging Speedhorn as a local band unable to reach a wider audience, for the power of their music and on-stage energy speaks to so many people; also because they toured all over the world in the early 2000s. But their unique sound, with two screamers at the verge of hardcore, extreme metal, sludge and even stoner, never quite hit the bull’s eye and arrived at a time when nu-metal was getting all market shares. Nu-metal died at last, but the Speedhorn still lives!

Continuing their journey against all odds, losing a few members during the process yet supported unconditionally by British medias — whom rightly consider them as a spearhead of the British scene — here they come with the followup to “Lost Ritual”, an excellent yet highly underrated album.

“Hard To Kill” picks up again the recipe used on “Lost Ritual”, by adding a healthy slab of groove to their furious brand of metal while keeping the same goal: fuck everything up! Far from all the patchouli-worshipping psychster stuff, Raging Speedhorn is above all the sound of a (hard) working class, proles of the heart of England’s industrial cities, kids having to choose between drugs, crime or putting their energy to good use in a band. You can feel the acrimony in their music: drums are being hammered with the delicacy of a sledgehammer on white-hot steel bars, the guitar and bass deliver riffs as sharp as blades, and vocalists launch onslaughts like generals would launch a desperate charge to break through enemy lines.

With eight bangers and a stadium anthem that caps it off, “Hard To Kill” establishes itself at the top of 2020’s stoner and sludge releases alongside Demonic Death Judge, combining efficiency, simplicity and that visceral feel that speaks to the masses and immediately makes you want to run in the pit a beer in hand.

Sharp-edged and hardcore as ever, Raging Speedhorn are just waiting the return of real gigs with real people glued to each other, to share their energy and demonstrate once again that they are unstoppable and not ready to give up. “Hard To Kill” is more than an album, it’s an antidote to fucking 2020.