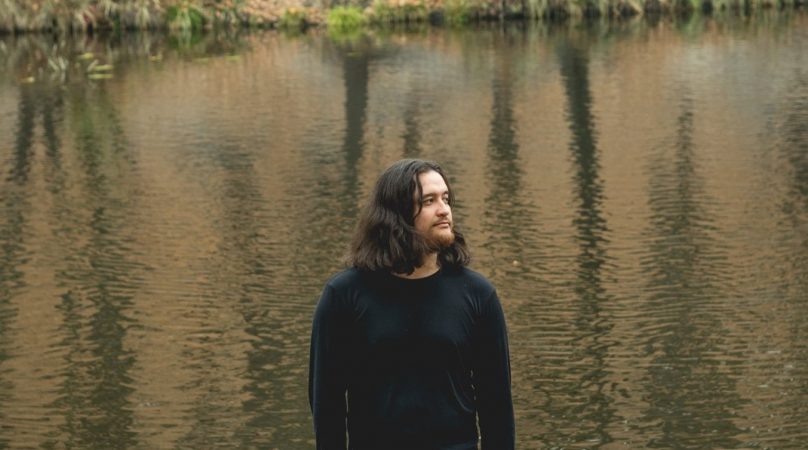 Who in the stoner and doom world doesn’t know of STONED JESUS? The Kiev-based hard-working trio has been around for a decade now — which they will be celebrating next year with a full Euro tour — and despite the struggle of being a band in today’s Ukraine, Stoned Jesus have played their cards right and quickly turnt into a reference act in the scene. We asked frontman Igor Sidorenko to handpick his ten favorites albums of 2019 — given that our friend is an unconditional music fan and absolute list-freak, we knew we would be in for some top-shelf recommandations. Part two of our end-of-year series is up! (PHOTO: Olya Androsova)

“Well I don’t know any other blackened-glitch-metal band, so Liturgy deserve a spin for that only. Not my most-listened-to album of 2019, but surely one of the most innovative LPs out there.”

“Really cool epic proggy doom with amazing songwriting – these songs are catchy as hell! Would like to see them live, too.”

“Yet another doom release on my list (who said I don’t listen to it anymore, hehe), but this time around we’re in for a nostalgia trip. This thing here sounds as if it was written and recorded in mid-90s, so if you’re into classic Paradise Lost and Amorphis albums don’t miss it!”

“This is my Tool album of the year (sorry, didn’t like ‘Fear Inoculum’ at all). Somehow it’s also pretty original, with a cherry of Finnish melancholy on top.”

“If you’re into classic post-hardcore like Fugazi, Drive Like Jehu, Quicksand or Refused – coz I’m a fan! – you’re going to love this one. So much energy!”

“My favourite Frenchies deliver as usual, diving deeper into the prog realms with their new LP. But it’s unmistakably MRS at the same time, so you know what you’re getting.”

“Let’s not forget my fellow Ukrainians! These guys released probably the best metal album of the year for me, highly recommended for all Mastodon, Converge and Kvelertak devotees.”

“Another Ukrainian band here, our tourmates Vovk with a strong debut full-length. Throwing together stoner, post-hardcore and prog-metal, they also manage to write really memorable songs – check them out!”

“I just love everything Michael Gira does, and this new release is no exception. Imagine 1990s’ song-oriented Swans material with 2010s’ Swans production and grandeur, and you basically get what it’s all about.”

1. Slipknot ‘We Are Not Your Kind’ (Roadrunner Records)

“I know this looks weird but I discovered them only this year with this new album – and what a beast of an album it is! Some lyrics resonated with me on a personal level too, which I would’ve never expected from a Slipknot record. For all those snobby elitists out there, check the song “Spiders” first and tell me this is typical nu-metal!”

New compilation ‘From The Outer Space’ is still available on Napalm Records
Find STONED JESUS on Facebook, Bandcamp and Instagram