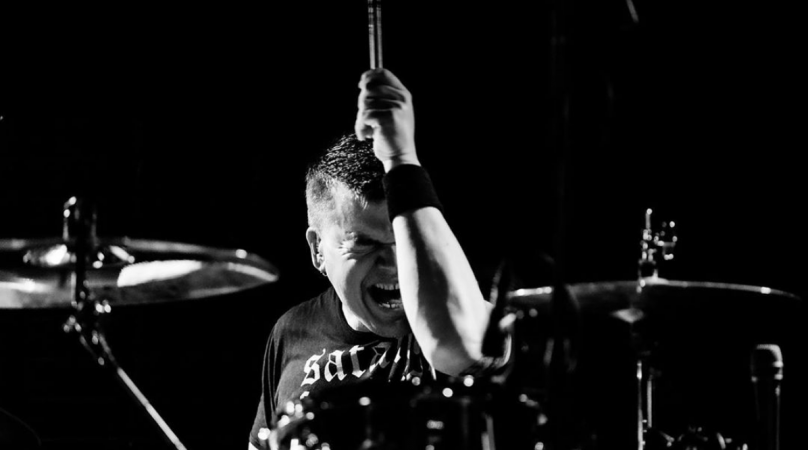 After such a dense, exciting, yet dizzying year in music, more than ever do we needed a beacon in the dark to see through the plethora of albums that have been released in 2019. That’s why nothing made more sense to us than asking musicians of the rock and metal scene to share their heart-stoppers. The Heavy Chronicles has a cool history with Göteborg’s MONOLORD. I can safely say I was lucky enough to witness their very first European shows back in 2013, and their ascension from doomier-than-doom new act to the internationally revered doom lords (and Relapse protégés!) they have become. This is why I chose drummer Esben Willems to kick off this new end-of-year series, and share his music recommandations with us. Behold, as you’re about to enter a world of sonic greatness. (PHOTO: Chad Kelco)

I just recently was asked to make a top 10 list, so with risk of being predictable, it’s still about the same, so here goes…

The riffs, the vocals, the band groove. I can’t stop listening to this and it was truly inspiring seeing them live every night when they opened for us on our last European tour.

Painfully beautiful and heartbreaking. This grows with every listen and it’s now stuck, like a fond sad memory.

To me, this is one of his best yet. The ultimate chill album, perfect to start or end any day with.

I’m inspired by what this project aims to do and this album triggers all the creative synapses at once.

I was surprised by this one and I like surprises. They’re exploring another side of their band and brilliantly so. This is a gem.

Tinariwen being Tinariwen. The grooves never stop and they have once again made an album you instantly want to play on repeat.

The impression this album made on me is that of an inspired band having a lot of fun recording it. True or not, this is pure John Garcia and it inspires me immensely.

Insanely groovy live and that shines through on yet another groove gem. Already looking forward to when I get to see them live again.

I always admire bands that actually sound like a band on an album, as opposed to a handful of separated musicians playing in sync. Torche is very much a band, and have released an album that reflects that beautifully.

A raw and unfiltered exploration of inner darkness. The antithesis of streamlined mainstream black metal. The ugly is allowed to shine through and I love that.

MONOLORD’s new album ‘No Comfort’ is out now on Relapse Records.
Find them on Facebook, Bandcamp and Instagram

SONG PREMIERE: Acid Mammoth get high on that “Tree Of Woe”.