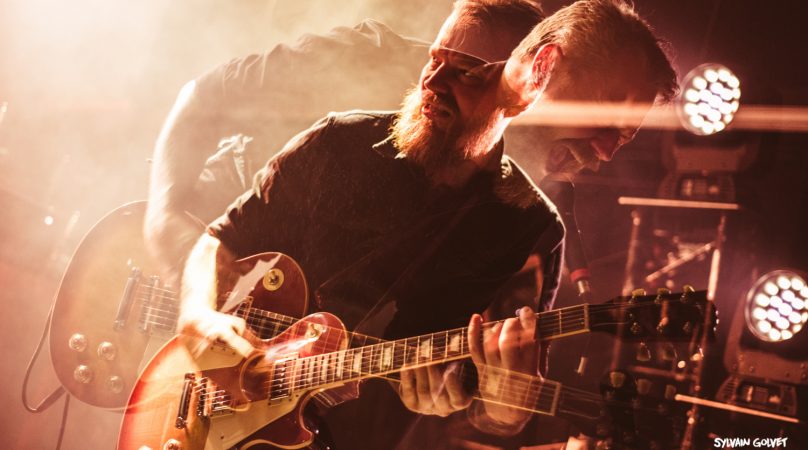 As true veterans, Colour Haze have been spreading their unique psych rock across the lands for 25 years. This anniversary was a good excuse to hit the European roads again, enabling us to discover their discography once again.  The German legends have come to Paris alongside another (slightly less) old-handed outfit, THE DEVIL AND THE ALMIGHTY BLUES who recently issued their third album and will set the tone for an overall blues-laden night.

Kicking off on a negro spiritual intro, the five piece are set to make an impression. The band may be hailing from Norway, they’re definitely gazing across the pond  — the Mississippi delta to be exact. Just like the Blues Brothers in their days, THE DEVIL AND THE ALMIGHTY BLUES are on a mission for the lord, a lord named Blues. From the first notes of opening track Salt The Earth (off their last album Tre), the foundations of their slow, haunted rock are now laid. Two guitars build and stretch out riff layers without ever getting over the top: instead of endless jams or solos, the band develop and set up its narration through smart breaks and cavalcades, always on the verge of getting wild. Strong build-ups outstretch in the cathartic spirit of Blues, like on the irresistible Time Ruins Everything or the heart-rending The Ghosts Of Charlie Barracuda : « Hiding behind every smell / Hiding behind every song / Hiding behind every gift / Here be ghosts / Here be dragons ». See? There would be no blues without a musician’s inner demons.

From the frontman’s hoarse Rod Stewart-like vocals to the guitars’ raw tone, everything in their music falls within a genuine approach that is anything but cliché or formulaic — unlike many stoner blues outfits. 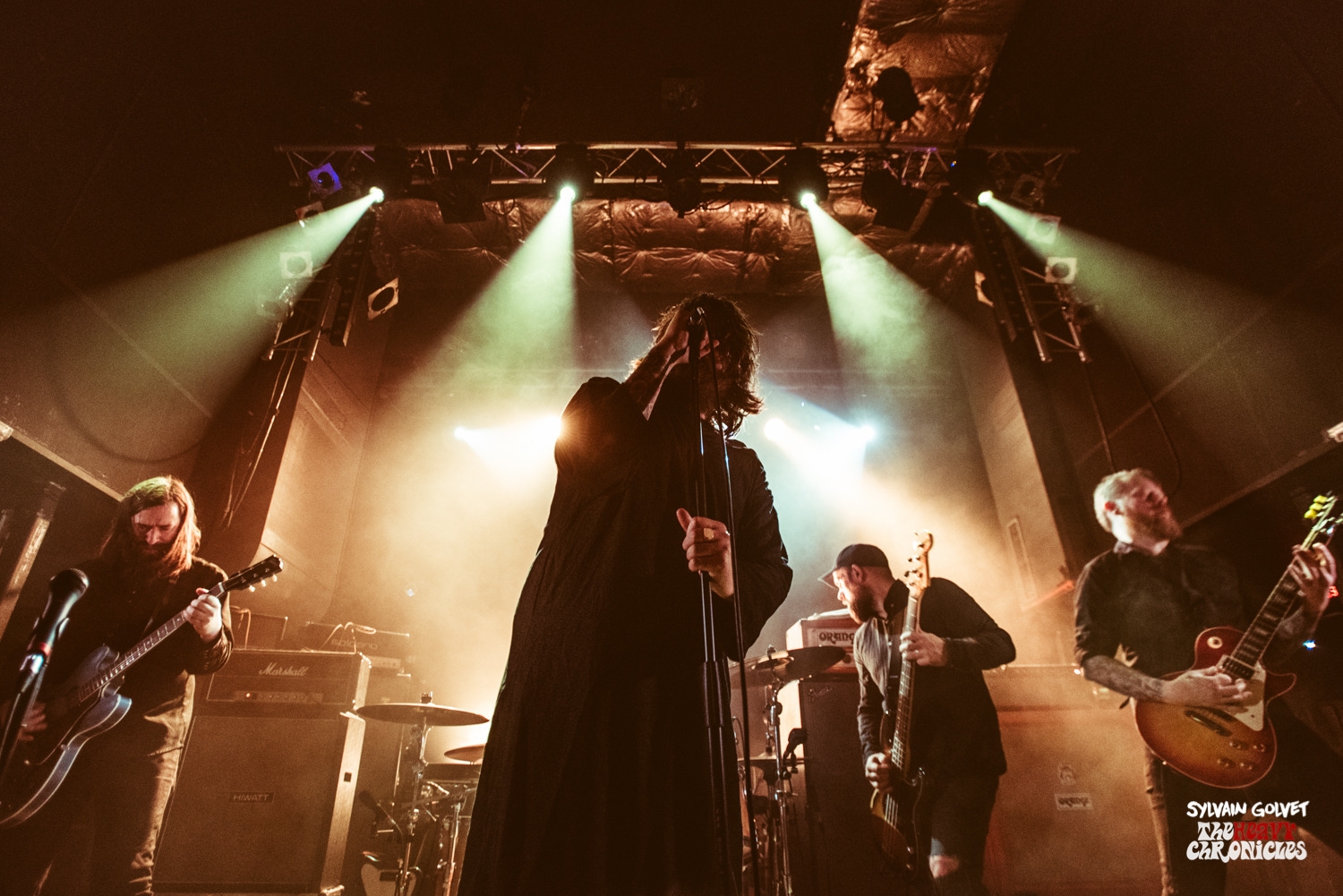 As for COLOUR HAZE, the blues formula is much more transformed: in a true fusion spirit, the German reminisce of Santana or Weather Report while keeping their sound rooted into stoner rock. Tonight, the band is even more leaning towards jazz rock, thanks to the addition of keyboards that bring a more psychedelic and rounder touch. Instead of going autopilot rock and listening to themselves play, Colour Haze have always preferred to walk a tightrope without crossing a line.

Nevertheless, it takes us about ten minutes to get into it, as the beautiful yet often heard She Said launches. Rest of the setlist obviously comprises songs off the latest record In Her Garden — not the most memorable, but at least they are refreshing. It all ticks over and we get lulled by those songs, which come one after another without a single word from the band (Stefan will later apologize, but no one will blame them as we didn’t come for small talk!). 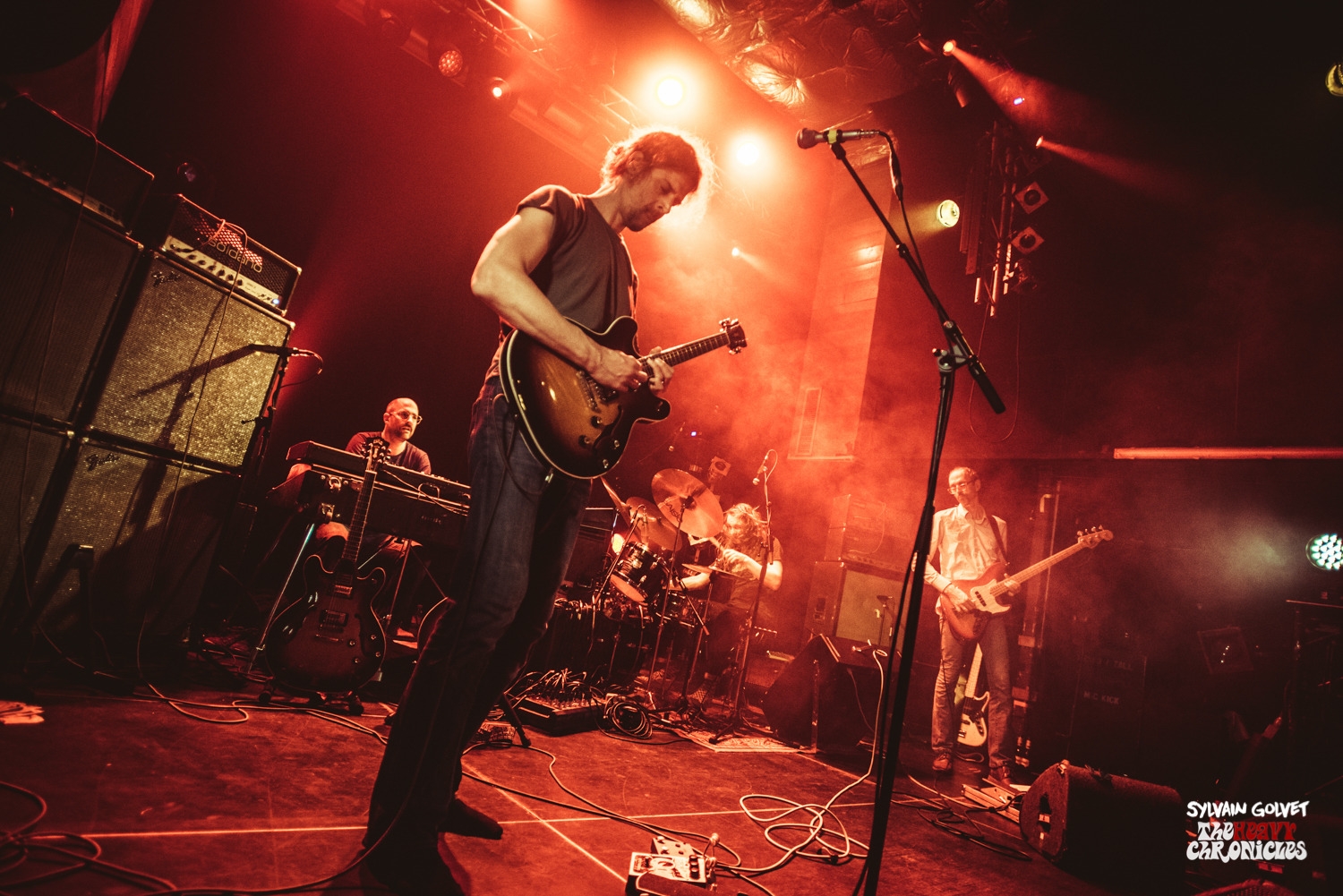 On stage, keyboards remain subtle, and the new setting allows us to enjoy Manfred Merwald’s maestria on drums (truly one of the best musicians in the heavy scene). Speaking of which, the show is about to get heavier and heavier to our delight, giving it up for Tempel and a largely requested encore on Love, played beyond curfew. This little extra shows how powerful the band is, who once again won over the hearts of their French audience.