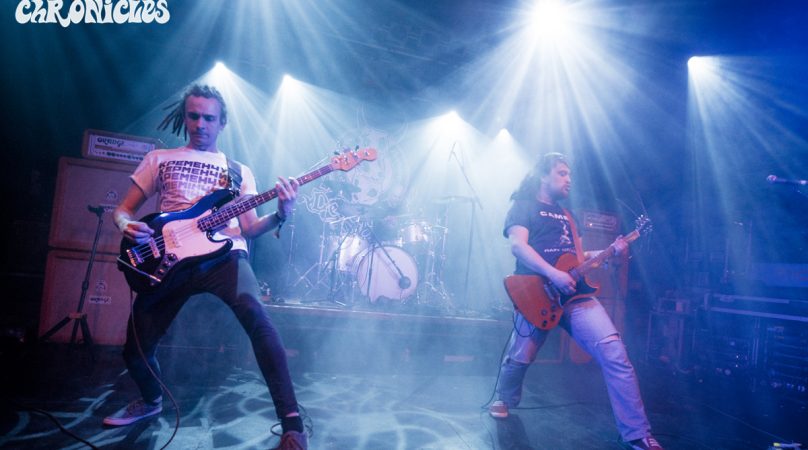 Second day at DESERTFEST LONDON. Risen with lark while the rest of the gang is still hangover and regretting their last few pints of IPA, I’m heading to the Proud Central gallery for a nice vintage rock’n’roll exhibition. Tantalized by Jagger’s bare butt and overcome by Patti et Robert’s charisma, I’m that close to whip out my credit card. Luckily enough, a hunch spares me from imminent debt and propels me into the Northern Line train, Camden bound. (PHOTOS: Miguel de Melo)

It’s not 2:00pm yet when I enter a packed Ballroom, which is always a good sign. I didn’t know much about ELEPHANT TREE until now, and get instantly rewarded by their groovy stoner rock volutes, raw bluesy riffs and stunning vocal harmonies. France’s very own Mars Red Sky should be worrying, for the Brits have set the bar high! Always in for some banter, the sweet gentlemen get paid back by a loud ‘Happy Birthday’ sung in unison by the crowd to bassist and side-vocalist Peter Holland — whom previously appeared at Desertfest London with his other bands Stubb and Trippy Wicked. 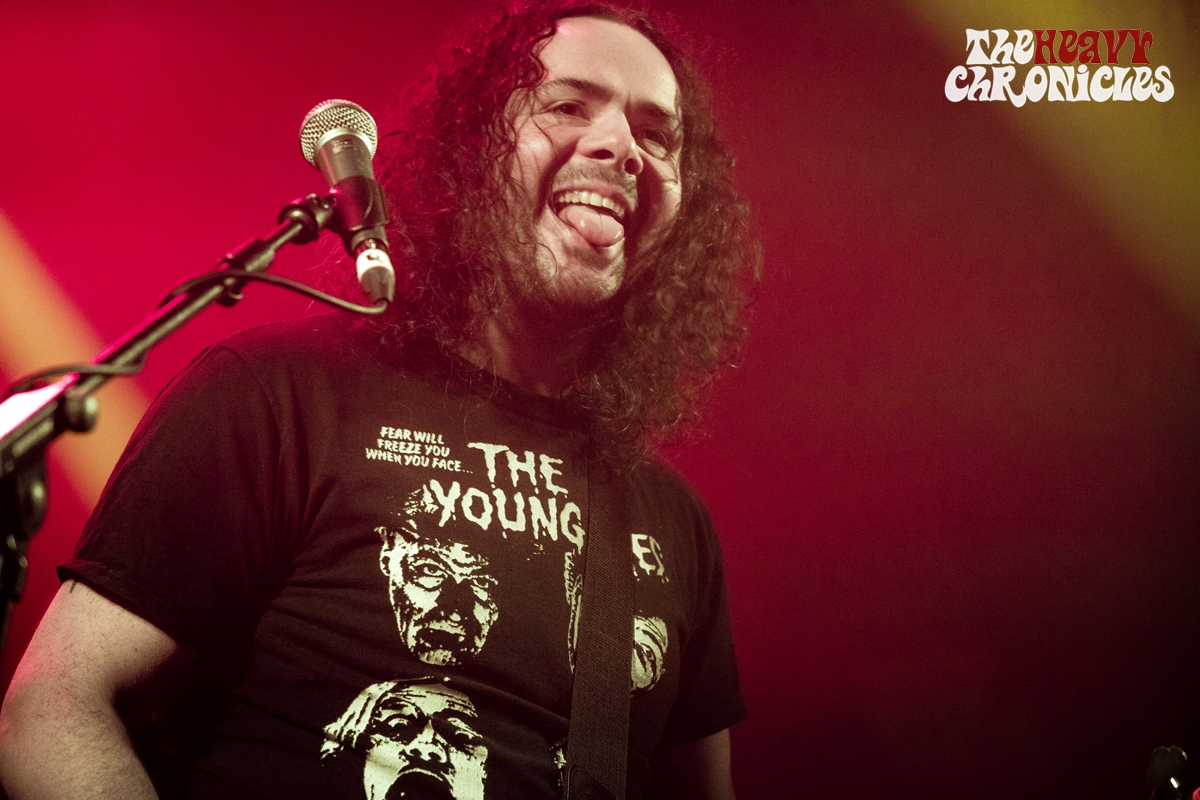 A pho and glass of wine later, I settle myself early enough for WORSHIPPER to avoid the usual ‘tall dude who really didn’t need a front row spot’ issue. The Massachussetts foursome also deliver top quality vocals, their 70s heavy doom filled with road-friendly riffage and highly intoxicating melodies. Actually, they sound like an alternative Pentagram fronted by a totally drug-free Bobby… They’re really good, but as I’m lacking teleportation skills at the moment, I must skip the last song to catch THC’s favorites ENOS.

As far as I can remember, my first encounter with these guys involved a few trips to Brighton for me, a couple of performances in Paris for them, sprinkled with a pinch of Glad Stone Fest and tow yards mishaps. Today at Dev, I can gauge how much Enos have evolved — although they already kicked major ass back in 2012 — and just reached the next level in space rock mastership, a tough discipline that implies a fine blend of Barrett-era Floydian psychedelic power and raucous vocals MC5 style. 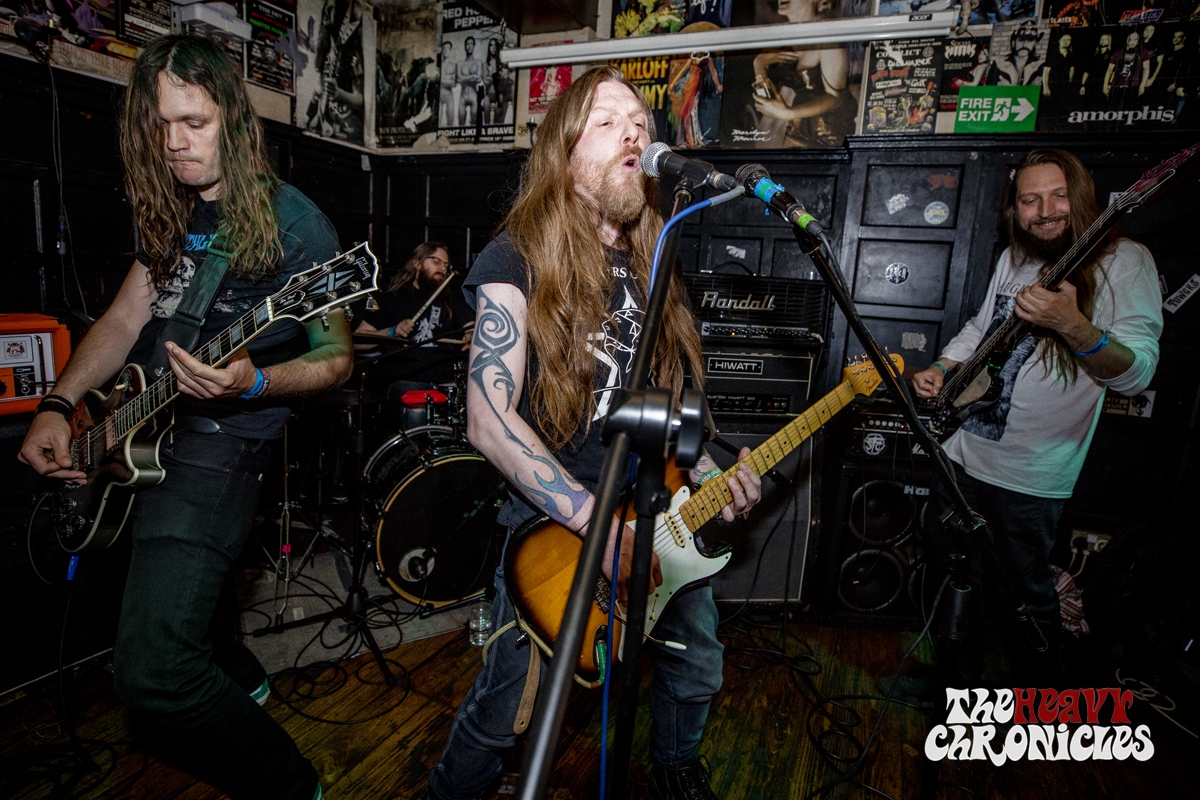 A few hugs and drinks later, I’m back to the Ballroom to find myself blocked at the entrance by security (“Well, I don’t think these almonds are any harmful?!”) to finally catch STONED JESUS. We’re talking sheer magic, for I’ve never really gotten how they could be touring so much, given that their frontman is off-key most of the time. Yet, the Stoned Jesus formula works perfectly, between their jam-laden parts, headbang frenzy and atypical vocals. Although they may have seemed questionable on paper, the Ukrainian trio happened to be a real heart-warming act in the end.

The Underworld, 7:00pm. I’m surprised by the low numbers of attendees for these veterans of the second wave of US doom. Do Desertfesters prefer retro to old school? Where’s everyone? At the Ballroom, mind-blown by Kadavar’s vintage material and skinny (bell) bottoms? Oops, sorry for digressing. For THE SKULL don’t do the ‘swotty roadie trick while the band gets ready for their pompous stage entrance’. Those guys tune their gear while occasionally shaking hands ; pedal boards don’t resemble Turing machines and the drum kit sticks to minimum service. Instead, the five piece proudly stands in front of us while a stirring intro plays in the background, then kick off for one hour of soulful, deep doom enhanced by their two-guitar harmonies and orientalised riffs. From all of his sixty winters, Eric Wagner delivers and even give himself a few breaks, an occasion for some delightful jamming. 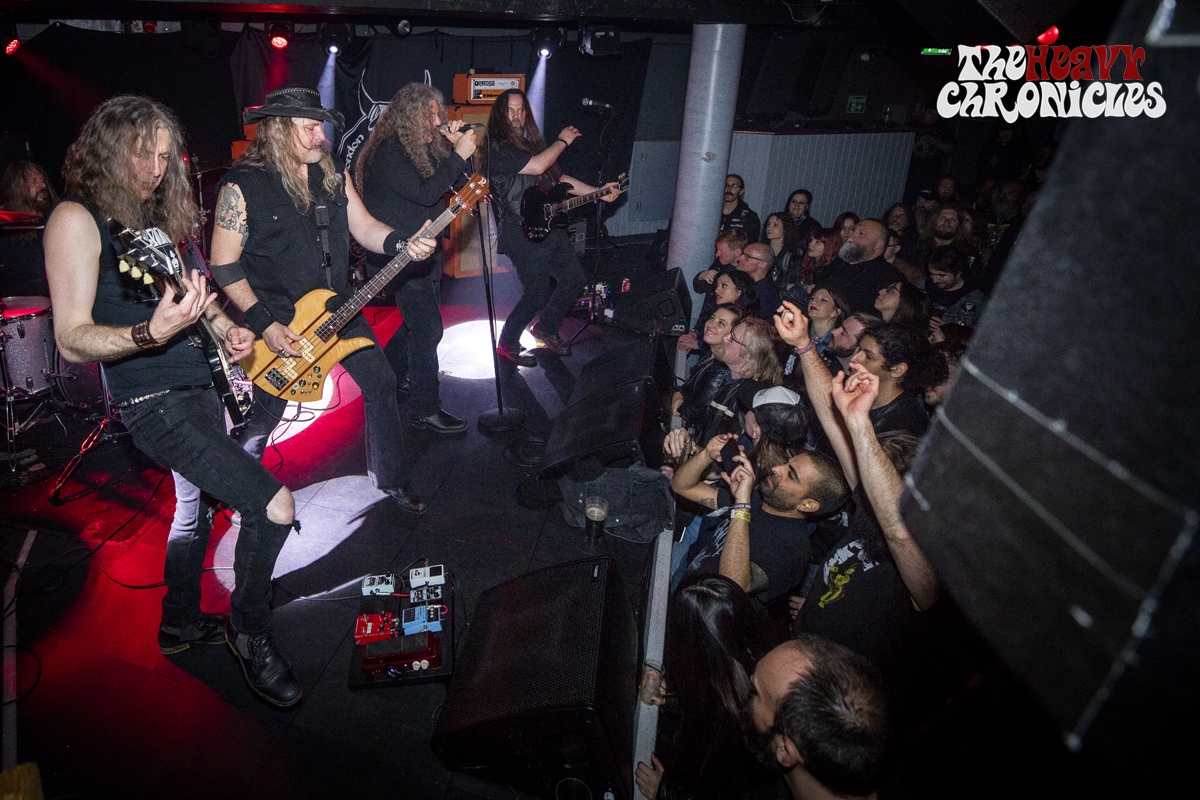 On my editor’s advice, I try to give BLACK TUSK a second chance, with no use: their sludge crust is just as nice to my ears than a herd of boisterous kids near me in a bus. Amenra are not really my cup of tea either, so I intend to retreat to a sweltering Black Heart sauna where WE HUNT BUFFALO just wrap up their show.

Later at Dev, CHVE take over the turntables. We expected some old school heavy, they will give us some hip-hop, dance and bounce music.  From 2am, a bunch of Angel Witch-worshipping rockers start twerking. It’s definitely time for me to skip out before I ever see crust punks pole dancing…