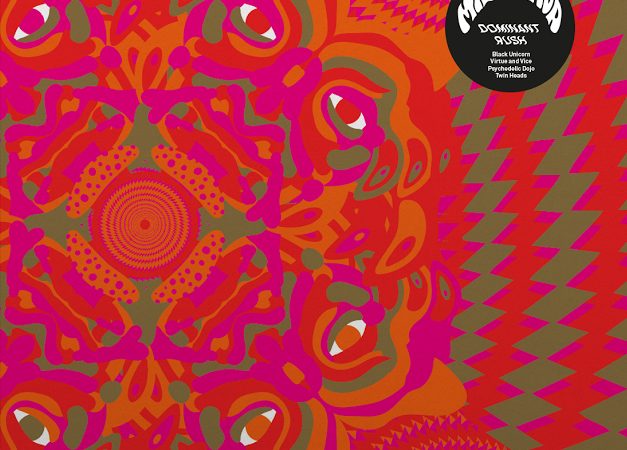 Portugal’s most productive rock gang MISS LAVA will soon celebrate their 10th anniversary, a good reason to treat the fans to a new EP. Here’s the follow up to their brilliant 2016 album Sonic Debris: Dominant Rush.

All about amped up rock’n roll, MISS LAVA have been defining their recipe since 2008, blending influences and making them their own, i.e. a fuzz-laden, sun-baked, psyched-up formula. As a first excerpt of this new EP, “Black Unicorn” embodies the absolute Rock song with a capital “R”: one hellish riff that puts the pedal to the metal like a muscle car starting after a massive drift, then let all horses go (or should I say unicorns?), vocals going all out to create catchy choruses that will have you hooked till the very last second of the song.

“Virtue and Vice” eases up a bit but keeps rolling on the tar-coated highway, laying the foundations of Miss Lava’s trademark sound: the self-proclaimed “rock’n roll disaster”, a hassle-free, fuzzed-out rock that will embark you on a hop-driven rodeo.

This EP could be some kind of tribute to the band’s influences, with vocals sometimes reminiscent of Black Rainbows and sounds reminding of that good ol’ Fu Manchu, especially on their groovin’, party-inducing banger “Psychedelic Dojo” (blame the cow bell). The last track of this  MISS LAVA EP (I really thought the Swedes got back to their origins) “Twin Head” pull out all the stops like crazy, the way “Black Unicorn” just did, with a guitar loop, a subtle chorus (just as subtle as a rugby tackle) that leads to one helluva kicky final.

To hell, four songs is definitely not enough! I know it’s an EP, I know that Sonic Debris was released barely a year ago, but damnit, this super refreshing, no-frills, fun-laden approach is just what MISS LAVA needed to gain their status of must-hear band among the European stoner scene. If like me, this EP doesn’t satisfy your appetite for their music, just dig in Sonic Debris and give way to this genuine”rock’n roll disaster” coming straight from Lisbon.