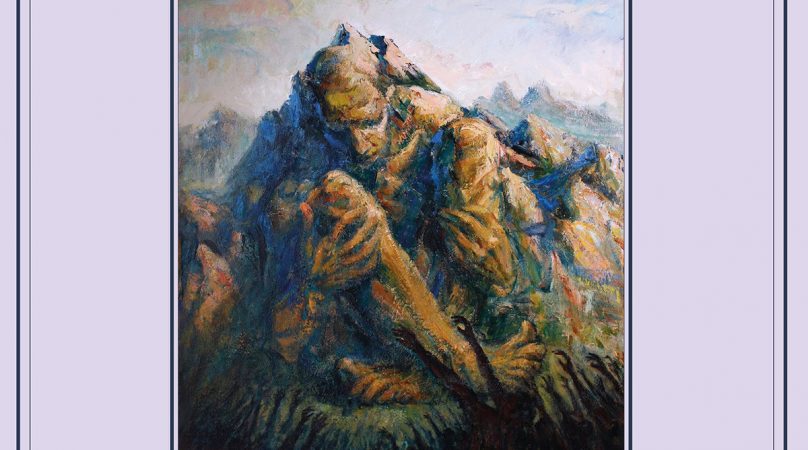 In 2017 for one single band, any band, and lesser yet for a relatively new band, to occupy territory that’s most easily qualified as their own signature sound is no mean feat. To have achieved such universal acclaim inside of only three records is even more remarkable still. But yet, stacked against all those odds, you have one shining, metallic phenomenon from Little Rock, Arkansas; a humble, intelligent and emotionally resonant four-piece for whom right from first hearing that 2013 three-track demo you could just put your hand up and simply say, “Yep, that’s PALLBEARER.”

For sure, the individual elements of the PALLBEARER motif are far from unique. Their most occupied genre is undoubtedly doom-metal, whilst the grand, orchestral atmospherics of course already belonged to Candlemass and those stark, honest Brett Campbell vocal lines against a multitude of stylistic and dynamic interchanges have undoubtedly been done before by bands from the supremacy of Tool through to Devin Townsend’s more esoteric work and even more recently in more technically-driven via the likes of Tesseract and Periphery. But it’s all in the blending; the sheer gut-wrenching, heartstring-pulling tranquillity of the sorrows, the extinctions, the foundations and the burdens Pallbearer continue to carry forward that have made them so recognisable in the pantheons of heaviness.

‘Heartless’, the band’s third and most eagerly-anticipated long-player, is now finally here and I’m pleased to report it both moves you on from what you might have thought were Pallbearer’s outer limits, whilst equally managing to remain in the band’s already well-established guise. ‘I Saw the End’ kicks us back off right where the likes of ‘The Ghost I Used to Be’ and ‘The Legend’ left us standing on our last coffin-cradling adventures. Big riffs, bigger choruses, bolder textures and of course Campbell’s signature cries to the great beyond atop Joseph Rowland’s robust bass grooves are all present and correct. Textbook Pallbearer track? Tick.

It’s around the time of ‘Lie of Survival’ that sees ‘Heartless’ as a record begin to deviate away from what ‘Sorrow and Extinction’ and ‘Foundations of Burden’ blessed us with. Iron Maiden and Pink Floyd’s influences begin to shine through as Campbell and backing vocalist Rowland steer the galleon clear of purely doom-infested waters and into more expansive and contemplative territories. Campbell becomes even more monasteric in his rich, warm tones and Mark Lierly holds a more comfortable swing and check behind the kit. Add in some gorgeous histrionics from Holt and a temporary downplay in the importance of the The Riff and Pallbearer have suddenly gone almost entirely prog on our asses.

This theme continues into the solemn, redemption-devoid conclusion of ‘A Plea For Understanding’ and the more than grandiose ‘Dancing in Madness’, which strays into jazzier platforms at times before driving back at us with a vengeful aggression toward the senses in the second half of it’s eleven-minute expanse. Different listens bring different emotions into my head on this one – everything from tears of anguish to yawns of mild boredom as to where this constant meandering is ultimately headed. But hey, like it or love it, that’s the Pallbearer way.

The title track and ‘Cruel Road’ are where I believe the finest moments of ‘Heartless’ truly lie. Sweeping, wide fields of exploration ultimately lead back to some firm and heavy-rolling conclusions, underpinned by Campbell’s operatic, Halford-esque tongue and the cavernous depths this noble act are capable of sinking to with an ease and a sincerity that belies their years.

Want a signature sound? Keep on writing and practising out there, y’all. Pallbearer once again show us that it is still very possible to hone one whilst ever pushing the envelope of a crowded and oft-stagnant doom and sludge pool to reach new and unchartered waters at each and every time of asking. Heartless? No, I wouldn’t quite say this record is; more of a light against the black of the more destructive previous two full length efforts. Undivided attention-worthy and instantly vintage? That continues to be the pall this foursome as ever bear.