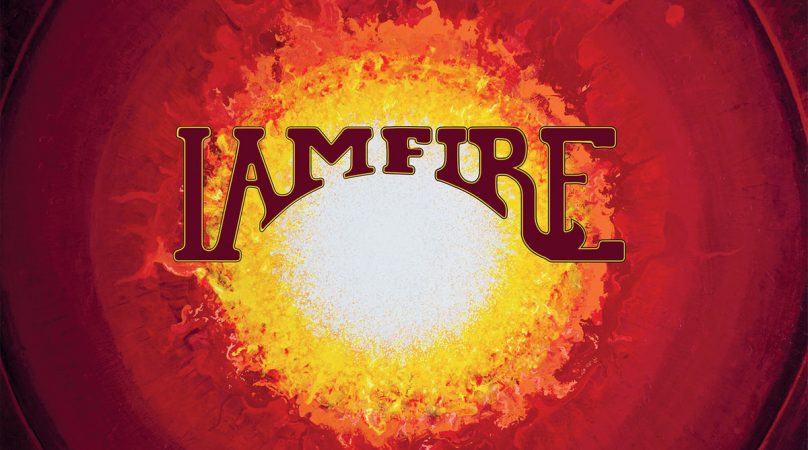 With their new outing, IAMFIRE also sign the return of author, songwriter and spoken word artist Peter Dolving. The man who fronted The Haunted and Mary Beats Jane on their most creative – also most poorly received – releases honors us with the new album of one of his many projects, IAMFIRE.

His prolific and sometimes disconcerting career history has rarely been perceived as a forest of influences enriching various projects. Every band he’s in make the fans argue about the niche in which “their” band was labeled, more than just enjoying his music subtleties and unusual creative energy. From Ashes simply gives free rein to the talent of an impenetrable artist.

Don’t expect any hardcore or weirdo rock as on some of his solo projects. Nope. You won’t be able to label this project either. That, I like. The way he lays his vocals brings me back to the good old 90s, when that genre called indie rock used to blossom with originality and bands full of promises, when sharp riffs used to craft jaw-breaking layers of melody and a thick, fuzzy bass wouldn’t automatically lead to a ‘sludge’ labeling. But these are the only influences you’ll manage to pinpoint, other than that you’d pretty much waste your time trying to find out what or who IAMFIRE sound like. They are unique, and getting into their music will take you for a one way trip.

IAMFIRE and the complete artist that is Peter Dolving (he also made the artwork) incarnate our sacred fire and take off like a rocket with “Magpies and Crows”, after which all tracks melt into one big organic whole, like the giant stones of a monument which majestic height immediately commands respect.

Even though you’d feel like each song sounds similar to the previous one, this thought will get cleared up once you’ll have given in to the spellbinding voice, tripping on those riffs like a whirling dervish spinning around crawling drums… yet ready to pounce like a wild cat on its leader’s signal. A mysterious bass keeps vanishing unexpectedly and suddenly reappears to stiffen the sound, anchoring it deep inside your guts. Bonus track “Compliments” is the epitome of a monstrously brilliant record, when the supernova finally explodes to reveal IAMFIRE’s sonic magnificence.