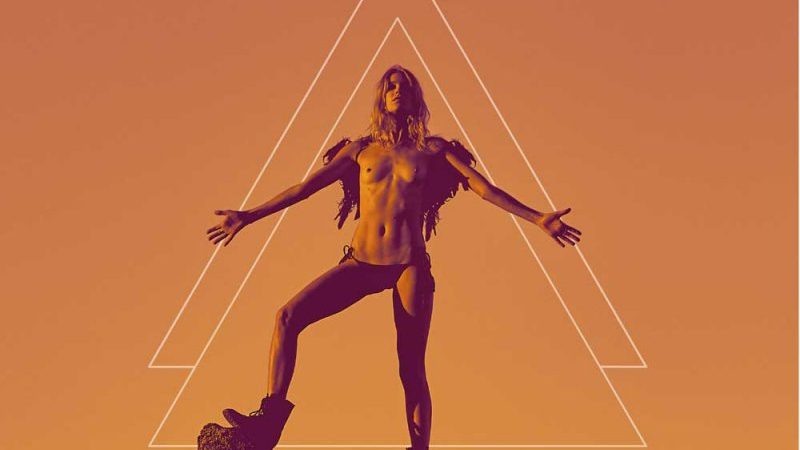 Rock, Fun, lots of Fun actually. Since their illustrious forefathers AC/DC, Australian rockheads have been reproducing the same old formula over and over again: ballsy riffage, beer and fun. Pure, straightforward, pedal to the metal Rock,  responsible for massive headbanging and booty shaking sessions. Down under, each generation comes ups with its own adaptation of the Aussie rock’n’roll stallion: first were Rose Tattoo, then the punchier Airbourne, and now we have the ‘upper’ version MAMMOTH MAMMOTH coming straight from the dusty, dirty Outback. With a recent signing on Napalm Records, these guys are ready to take over the world with kilotons of riffs and a contagious humor.

Never change a winning recipe. The artwork of the squared pachyderm’s fifth album adorns a 70s porn-like pin up, reminding us the band’s true colors: no room for subtlety here, it’s all about pouring some fat ass fuzz over cut-out-from-the-rock riffage. It smells like gasoline, dust, sweat and beer.

The single “Spellbound” is the most distinct and also addictive song on the album, with its stoner-infused tones, a genre to which the band is often mistakenly associated. Both the vocals and groove lines on “Procrastination” – a song built on a very familiar riff – definitely leans toward the work of national heroes AC/DC, whilst “Kickin My Dog” reminds of Motörhead, another of the band’s official riff providers.

No matter the influences, all songs feel like a frontal onslaught that grabs you by the collar and forces you to hear their destructive riffs and catchy hooks… at the expense of the rest. This is undoubtedly a winning bet, even better than on their previous full-length where the band intended to get rough in substance, but remained quite bland on the surface. However, the band is only able to write simple, neck-unhinging songs, but also surprise-free. In the long run, Mount the Mountain may lack of character, inasmuch as the riffs and songwriting will sounds familiar to you.

But the band couldn’t care less. The Aussies put their mammoth balls on the chopping block and play like if it was the last time. No frills, no tapestry, riffing at breakneck speed. What matters is right here, all booze and fun. They’re not afraid of playing badasses on their album cover, or even giving a nod at Kylie Minogue, another local hero, by wrapping up the record with a cover of “Can’t get you out of my head” that is just as silly as off the wall. I told you it was only Fun!

To be 100% won over (or maybe just enjoying yourself), you should definitely catch them on their imminent European tour. Leave your criticism at the door and come have a rad time with a band known for their outrageous live shows. That’s all they’re asking.