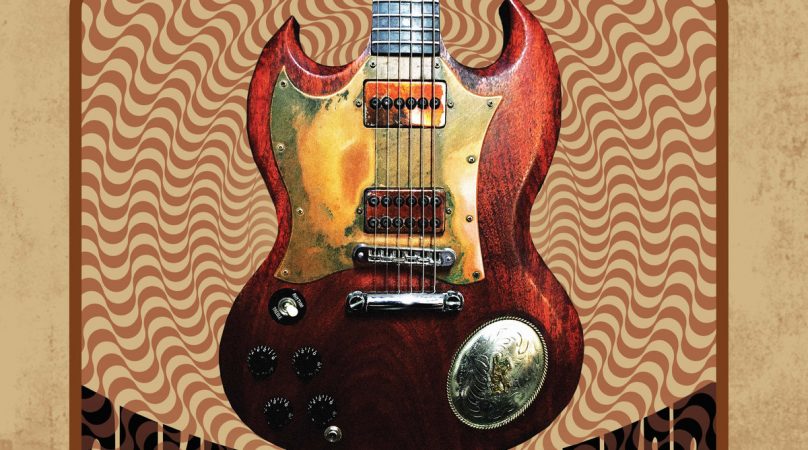 Just a few months after releasing Geezer, an album overflowing with groove and hazy riffs and one of the most brilliant releases of 2016, the Kingston trio GEEZER is back with a new set of riffs with their hot summer-sounding new album.

The lapse of time between the finalisation of their previous record and its official release being what it is, Geezer didn’t hang about before getting back in the studio and share those fresh new jams around. Honestly, I was quite perplex when first hearing the album, given that I really loved Geezer and deep inside, I was expecting the perfect follow-up to this record.

And yet, Psychoriffadelia kicks off on “Hair of the dog”, a short, fast-paced and heavy song atop of which lay Pat Harrington’s signature vocals, making the connection with the last album. Then the tempo slows down a notch on “Stressknots”, an electricity-filled rollercoaster that managed to make me sit down and want to hear what’s next.

Now get comfy, grab a deckchair, sit down, put your shades on and heat some herbal tea. That’s right, you’re there? “Where?”, you say… In the middle of the Californian desert, for god’s sake! You’re being captivated by the aptly-titled “Psychoriffadelia” and those psych riffs that carry you under the blazing sun of Brant Bjork’s dusty motherland. This 10-minute long instrumental delivers, with its repetitive riffs building up in a way that will get you so high, that you may stay in zero gravity until the end of the album.

Blues-laden “Red Hook” follows on peacefully, with Harrington making a discreet appearance that will soothe you, or should I say bewitch you. The song flows naturally into “Dirty Penny”, displaying what we can call the ‘Geezer fire’ on top of cosmic meanderings that recalls title track “Psychoriffadelia”. Riffs actually disappear into thin air in the middle of the song, but then they take off even stronger, stepping on the gas the Clutch way, and stretching out this jam until the break of dawn…

Psychoriffadelia is a great perfect appetizer for the season to come, as you can almost feel the sun burning your skin while listening to it. And if you’re in the right mood, we can even state that it’s actually a brilliant, delightful outing!