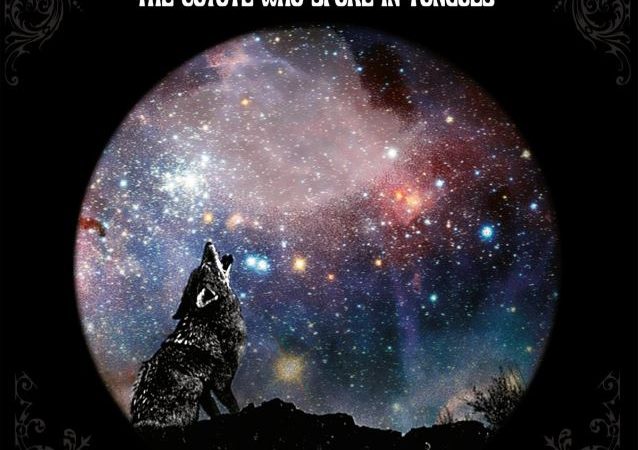 JOHN GARCIA is a living legend. Kyuss, Hermano, Unida, Slo Burn, Vista Chino are all bands that are part of any stoner rock fan’s essentials. So each time the man resurfaces with new music, we all prick up our ears. His past projects were utterly inspiring, while his more recent artistic choices may have created a lower following, yet, none of them will leave people unmoved. For all that, can we say amen to everything he does? I was quite torn about “The Coyote Who Spoke In Tongues”, and I explain why.

I don’t want to for go for the usual stuff, like “John Garcia is in his forties now, so he has quieten down etc” (I swear people tend to say such things when an artist goes acoustic). Bullshit! The coyote offers nine acoustic tracks with a sincere emotion. Such an entreprise certainly implies finesse, and Garcia delivers with the same soulful fire on each and every song, whether they’re covers or originals. Sincere, that’s the word.

Yet, no matter how much I plunged my ears into the record, headphones on, I’m still not into it. If I happened to wake up from a 30-year cryogenic stasis, or if I was born after 1996 and didn’t know anything about Garcia’s solid background, then I’d think I’m just listening to some plain, desert campfire-style Americana. That’s it. Only “Argleben II” (a nod to a track from his debut solo album) and “Court Order” (the closing instrumental) made my ear quiver. But I’m no Han Solo and I haven’t spent my life frozen in carbonite: I’m 37 and Kyuss has been part of my life for twenty years now. So I can do nothing but disapproving all this. I may have supported Kyuss Lives!, Vista Chino… But recycling four old songs – okay five, as “Kylie” was initially recorded for his previous solo album – on nine? That’s what I call capitalizing on the burning ashes of a glorious past.

John Garcia states that his only purpose was to have fun with his friends, and it’s more complicated than it seems to render an acoustic version of these classics. But what’s the point in fiddling with these stoner rock cornerstones? John has all the rights to twist, revisit any of them, I still don’t get it. A whispered “Green Machine” and a slow-paced “Space Cadet” later… and I’m overcome by boredom. Nonetheless, the two final songs on this album remain the most exciting to me.

So what is this all about? Thirty euros for five new songs? On the next one, John Garcia will cover Kyuss, bossa nova style? For Christmas, we will be treated to “Welcome to Christmas Valley”? This isn’t bad, nor thrilling, it’s just pointless. Instead of playing the archivists or stoner museum curators, he should rather turn the page for good. Because John Garcia is worth better than that.