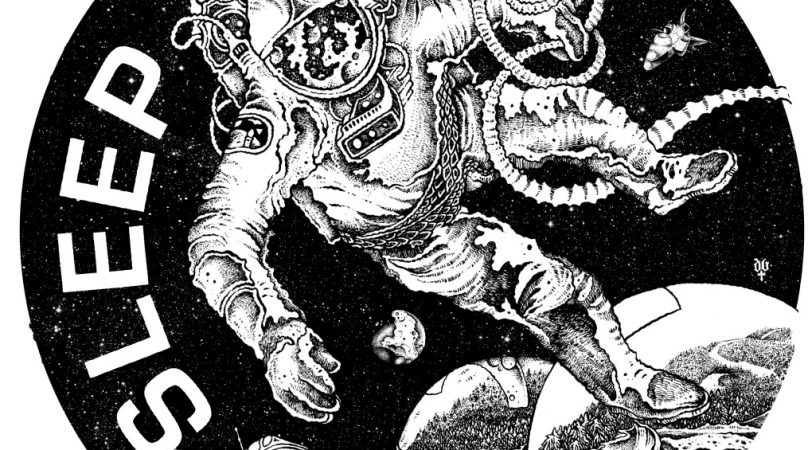 Most bands simply wouldn’t get away with re-releasing the one new song they’ve mustered from their creative pores in over twenty years onto a super sexy, luxury vinyl pressing with Southern Lord. But then hey, most bands aren’t SLEEP are they?

Lest we forget, from the primitive tremors of Volume One, through the ascending of the Holy Mountain and finally proceeding the Weedian to Nazareth on Dopesmoker, few bands have been as influential in our humbling, rumbling circles as SLEEP. But, post their reunion, “The Clarity” has so far remained our only view of what a fresh, modern output from them could truly stand for.

Armed with THAT quaking, alien intro and Jason Roeder’s supremely loose yet metronomically consistent thump behind the kit, Al Cisneros and Matt Pike need only to aim their instruments towards the stars and plough ever forward with a riff gigantic enough to split glaciers. Pike’s scorching solos from 5:20 set out the stall for what’s to come, when it comes, in the future of one of heavy rock’s most mysterious and poignant standard-bearers. Cisneros’ vocals are just as starkly frank, yet as perfectly stoned in lyric as ever with his “Hasheeshian smoked relief” refrains and semi-monotonous ramblings sounding just as perfect as they always did.

In creating “The Clarity” as their comeback announcement, SLEEP managed to stay true to their roots (long bouts of well hung, well executed, hypnotic riffery) whilst upping the size of their sound and stagecraft to deliver a cleaner, more epic and more complete composition than ever before. Southern Lord have hence seen it only fit to honour a fresh repressing of “The Clarity” on either black or green/clear 180-gram 12” vinyl. With a special etching of the artwork by David V. DAndrea (Samaritan Press) on the B-side and all be housed in a heavyweight picture disc sleeve, silkscreened with the Sleep logo, this wax casing looks as good as its rich stoner metal filling tastes.

So, Iommic life complete then? Not a chance. With a new album rumoured in the works, I reckon Sleep’s true awakening from their eponymous slumber has just begun.