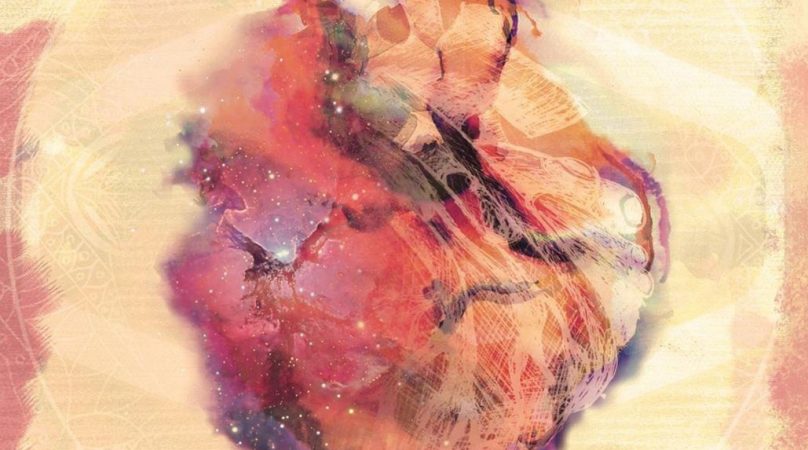 I had developed quite a crush on LIBIDO FUZZ, the unlikely French heirs of Ozzy Osbourne and John Lee Hooker, listening to their inaugural (and aptly-titled) EP We’re a Heavy Psychedelic Boogie Band. On their first full-length Kaleido Lumo Age, the Bordeaux natives manage to square the circle: their music is tighter than before, yet remains smooth and sensual. A most welcome breeze of fresh air, as so many stoner/doom bands try to recreate the darkness of the 70s, and so few manage to summon the festive, feel-good spirit of the 60s.

I start the record with a slight fear of being disappointed, yet I’m instantly blown away by the first 30 seconds of « Oblige Strategies » – an agressive intro that grabs the listener by its collar. Quickly, the sudden burst of testosterone gives way to something more familiar: bouncing guitars, an undulating rhythm section, and a sharp, retro voice just under the surface. Taking off like Rage Against the Machine before landing on Libido Fuzz’s sexy sound: it’s very smart, and a perfect example of the ‘oblique strategies’ devised by the trio to seduce its audience.

The charm offensive goes on: « Raw Animals » and its well-executed loud/quiet/loud pattern ; « The Postman » and its relentless succession of riffs, each groovier than the last ; « Sweet Hours » and its malicious gimmick rotating between the singing and the guitar. These guys have done their homework ; they probably had a blast doing it, and it shows on the album.

That said, things can also get a bit dull. Released a few weeks ahead of the album, « Redemption of the Bison » doesn’t strike me as its best ambassador. It’s an uphill drive, and it doesn’t pick up speed until the sixth minute – too late to make a difference. In comparison, « I Was Made on a Desert Road » (the highlight of their previous EP) achieved much more in a similar amount of time. I also think that « Enter the Occult », the penultimate track of the album, doesn’t venture far enough from the Black Sabbathian gospel that many other bands thrive upon.

Titled after the beating heart of the hippie movement, in 1968 San Francisco, « Haight Ashbury » brings however a superb conclusion to this album. It proves Libido Fuzz’s ability to pull off melancholic songs, with the help of their favorite musical ingredients but also new ones – such as an acoustic guitar laid delicately in the background. Let’s hope that this creative impulse will keep carrying them on to new musical horizons, and prevent them from getting stuck in a rut – a danger that looms over all bands with such a distinctive sonic identity.

All in all, Kaleido Lumo Age is an irresistible invitation to chilling, dancing and having fun. The up-and-coming retro label Pink Tank Records released the album in early July, just in time to kick off the summer. A fortunate coincidence…