Written by Katzenjammer• 16 May 2015• Album Review 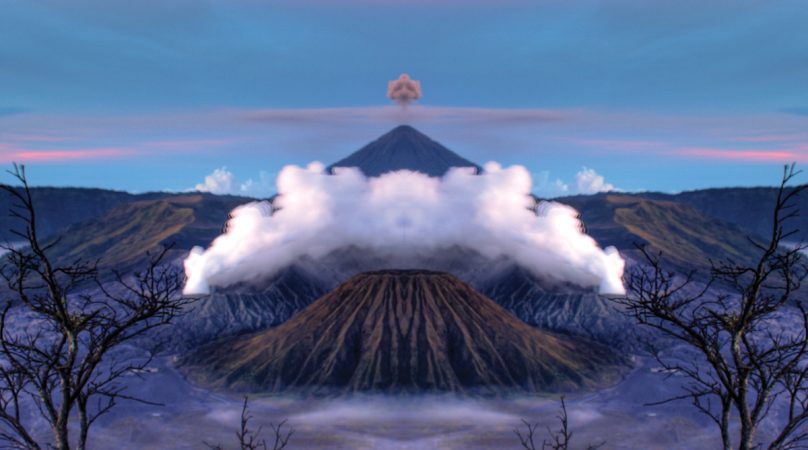 The other day, I was describing to a friend the stoner rock scenes across various European countries ; questioned about the U.K., I instinctively replied that the country had given birth to some legendary forefathers of the genre – you know who they are – and was host to a fuzz-hungry audience, but that the current British scene wasn’t as dynamic as its Dutch, German or even French counterparts. A few days and some research later, I realized that my judgement had probably been a bit harsh. Then, I listened to TEN FOOT WIZARD’s new album and realized that I’ve been dead. fucking. wrong. (TEXT: Katzenjammer)

The four Manchester lads start off britpop-style (“Through This World”), with a jumpy guitar that’s reminiscent of Graham Coxon, and then hit the gas one minute into the song: throaty singing, thick and sticky riff, here we go! Gary Harkin is blessed with a voice that ranges across the whole spectrum of stoner singing – pop, plaintive, roaring, growl-ish, baritone – and he uses all of it, sometimes in one single song (“On We Go”). “Up and Away” sounds as if Queens of the Stone Age had gone back to playing some good ol’ desert rock again… as if.

At this stage it’s already an excellent album, but it gets truly insane with “Railway Shuffle”, a demented boogie that feels like a “Cotton Eye Joe” on amphetamines; probably enough to break Granny’s replacement hip at the village fair. The next tune wanders brillantly into the rugged terrain of musical humour, with these irresistible lyrics (“I miss the sex/Don’t miss the drama“) looping round and round, supported by a powerful and catchy instrumental that’s anything but a joke. Witty and impactful, this track is a big, fat middle finger to all those stoner bands who, let’s face it, tend to take themselves a bit too seriously (hyper-progressive buildups, 28-minutes long cosmic jams, pseudo-esoteric lyrics…). Could it be that Ten Foot Wizard has invented desert pub rock ?

After a bluesy interlude with a home-made feel (“Walk the Planck”), and another frantic track with a self-explanatory title (“Covered in Tits”), the British combo brings out the big guns. They’re done fooling around: earth-shaking and majestic, the first song above the six-minutes mark, “Mind Control” is a good reminder that Ten Foot Wizard originally came about as the side-project of a metal band. As far as I’m concerned, the album could have stopped there, achieving maximum impact – letting the avid listener fumble for the replay button. Instead, it wraps things up with a song that’s a tad too long, not extremely coherent, and whose relevance did not strike me at first (“Ode to Death”)… but perhaps will it reveal itself after multiple listens.

Regardless, Ten Foot Wizard has managed to put together a remarkably inspired and well-produced second album: stoner rock at its sexiest… without the drama. This should reinforce their good reputation within the scene, and rightfully so. Now, when asked to quote a fresh and exciting British stoner rock combo, I’ll know what to say!