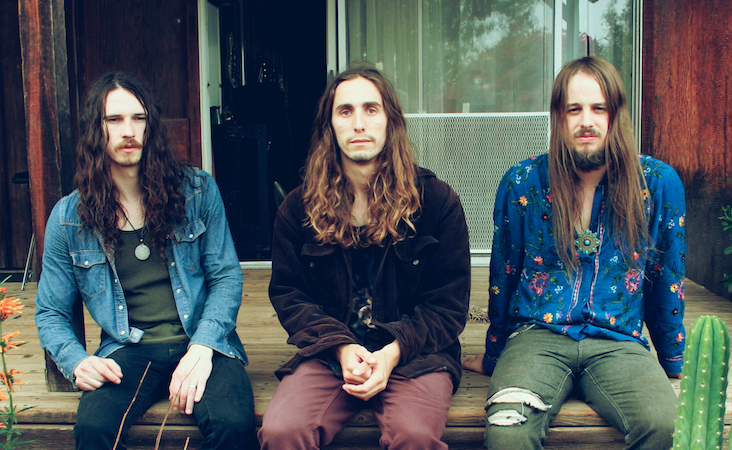 The Desertfest London’s 2014 lineup is getting closer and closer to be complete. This week, another delightful handful of bands were added to the bill, among which blues geniuses RADIO MOSCOW, as well as THE COSMIC DEAD, 11 PARANOIAS (yes, the almighty doom supergroup!),  BORRACHO and SWAMP MACHINE.

Part of that ‘70s revival scene that has invaded Europe in recent years – see Graveyard, Horisont, Gentlemans Pistols and Kadavar – Radio Moscow prove that the throwback vibes can be mastered on the more Western side of the Atlantic too. Starting out life as the duo of the multi-instrumentalist mainstay Parker Griggs and bassist Serana Andersen, Radio Moscow have been laying down the fuzz infused southern stomp since 2003 with their self-titled debut full length dropping in 2007.

Hailing from Glasgow – via the furthest reaches of both space and your mind – this cosmonautical quartet have been flying about the universe at a rate of several thousand light-years per second, crafting the perfect vibes since 2010. Having toured with Naam, Golden Void and Torche, as well as playing the hallowed grounds of Roadburn, the self-proclaimed ‘foremost Hawkwind tribute band’ leave no doubt towards their stellar live credentials either.

11 Paranoias (featuring members of Ramesses and Bong) released their debut album ‘Superunnatural’ on Ritual Productions last year, unveiling a tar black, sludge blasted riffscape which was heavily psychedelic and hypnotic to boot, calling to mind Loop, Monster Magnet and Hawkwind more than any doom revivalists you care to mention. Set controls for the heart of the black hole sun.

Since the release of their 2011 debut full-length “Splitting the Sky”, Washington D.C-based heavyweight riffers BORRACHO have been met with a tidal surge of praise for their burly but natural approach, built around their simple stated formula: “hevay repetitive grooves”. They’ll make their first trip across the Atlantic to show their wares at Desertfest 2014!

Inspired by the swamps outside of their Dutch rehearsal studio, this Netherlands powerhouse encapsulates the very spirit of sludge – giving the listener the feeling they’re slowly sinking into the swampy marsh and loving every moment of it. They formed back in 2010, and have rocketed from strength to strength, supporting the likes of Karma to Burn, Wo-Fat, and Naam along the way.