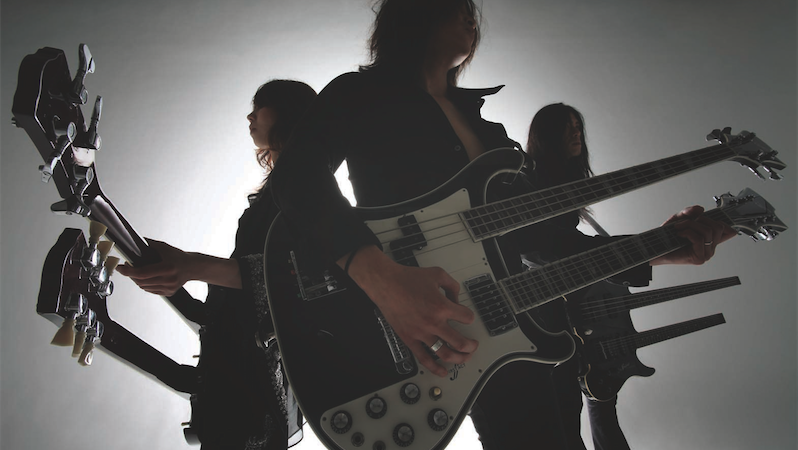 Here they are, people: the three headliners for the next DESERTFEST LONDON all have been officially announced. SPIRIT CARAVAN, KVELERTAK aaaaannnd (drumroll) Japanese prog metallers BORIS will be the ones to set the Electric Ballroom on fayaaaah from April 25 to April 27. Another dozen of bands were also joyfully added to the (almost complete) lineup of the festival, so check out the proper roundup and day splits below.

One thing that’s for sure with this 2014 lineup: it’s more eclectic, and also darker and heavier in every way than the three previous DF editions. Fans of good ol’ psyche and cosmic grooves will sure get their share, as much as addicts to dark smoked out basements and post-apocalyptic atmospheres. However, the most significant infos regarding this new announcement are the following: the return of epic doom-masters CHURCH OF MISERY on the bill (they were indeed removed from the lineup because of a logistic mish-mash, everybody freaked out, and now they’re back like the messiah), the unexpected cancellation of MASTER MUSICIANS OF BUKKAKE (who were forced to cancel their whole European tour for personal reasons), and most importantly – because I’m going totally subjective on this one –  the addition of mythic sludge-mongers WEEDEATER on the bill. Desertfest is about to turn into Weedfest, guys, believe me. As for the rest, just check out the (almost) full lineup and day splits, just to get an idea of how hard your choices are going to be…

3 day, weekend and day pass are all available via Leeds Tickets
More infos on www.thedesertfest.com