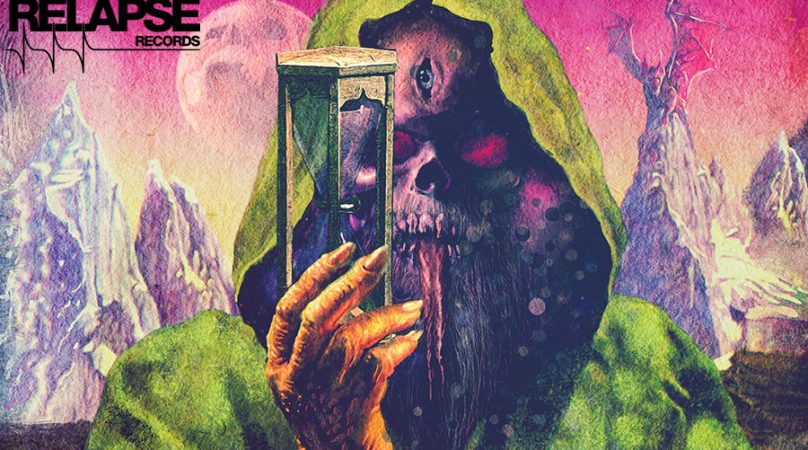 US music label RELAPSE RECORDS is known for being the finest purveyor of all that’s extreme metal (i.e. black, death, grind, thrash metal…) as well as for its fine discoveries in the sludge/stoner field. The last album releases are quite representative of the label’s will to expand its audience and reach every kind of heavy music fan. This summer marks the long-awaited comeback of stonerockers ASG, Savannah’s sons of mayhem BLACK TUSK and legends BARONESS, as well as the storming entrance of LORD DYING on the ring. Four gems, four styles : this selection will definitely make your summer heavier than you expected. 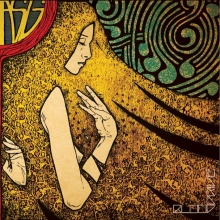 What a great surprise to see ASG back on the forefront! ASG have always been quite off the radar, because despite the awesomeness of their first four records, they’ve never really found themselves in the right place timely to get the exposure they’ve deserved. It’s not as if these guys have toured with Motörhead, Weedeater, Helmet, or even High on Fire… Fortunately, in 2011, Relapse Records set things right and signed the band’s fifth record (following the excellent “Win Us Over”) on their catalogue. There’s no doubt that “Blood Drive” shows a brand new maturity in both the approach and resulting work. No more hesitation or tergiversations between a genre or another: ASG have definitely found themselves since “Win Us Over”. The punkish heavy rock they played during their Volcom era is no longer, because this, ladies and gentlemen, is an intense and melodic record served with the finest production and Jason Chi’s divine vocals. “Blood Drive” showcases a subtle songwriting à la Baroness, and the same burning energy as delivered by Torche and The Sword. While combining some very addictive stormy riffage with clear singing, ASG also prove to be excellent at writing powerful low tempos and thrilling melodies. North Carolina finally unveiled its most kept secret! 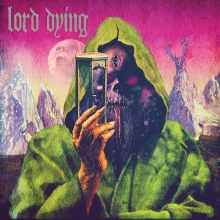 If for you, Portland is only synonymous of Red Fang and Pabst Blue Ribbon, well it’s time to update your data and listen to LORD DYING. No need to drag on with a dithyrambic family portrait, the only few things you need to know are: 1/ Portland is gray, cold and morose, 2/ the band’s main influence is Yog Sothoth (of course). Forget everything you read about this crazy foursome, because their first full-length record is anything but doomy and would totally make it to the very short list of High On Fire’s worthy heirs. Take a deep breath and try to picture Neurosis’ protest screams on some fast and violent metal instrumentals, enlightened by a few epic guitar solos… Isn’t it mouth-watering? “Summon The Faithless” is the ultimate catharsis, which could be summed up by putting end to end parts of each song’s title: “Faithless dismemberment is your descend into dreams of perverse osmosis under what is not”. Simple. In the realm of melancholia, these four metal purveyors decided to kick neurasthenia in the ass by combining dark lyrics, old school heavy metal virtuosity and the nervousness of progressive sludge references like Kylesa or Mastodon. “Summon The Faithless” makes you want to be in communion with your neighbor, and the guys probably found the best title they could give to this very first electric record, because it really restore faith. In the name of the riff, and of the sound and of the Holy Heavy… 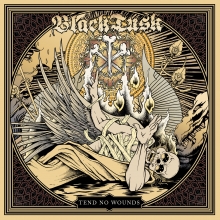 Violence and fun has never been so well-blended than through BLACK TUSK’s music. Listening to Black Tusk feels a bit like getting in a fight with your best male friends while drunk: it’s really exhilarating without even being life-costing. So yeah, we all expect from Black Tusk some dirty berserk swamp metal, because this is what they do best. Intro song “A Cold Embrace” (these guys are all about hugs) is a three minutes long heavy punk song filled with Jack Daniels BBQ sauce. The perfect appetizer. Then you’ll get actually very surprised when listening to the third track “The Weak and The Wise” : violins over bass? By Jove! Are Black Tusk really capable of any smoothness? Smoothn… oh sorry, it was only for forty-five seconds. Oddly, their “swamp” trademark sound (more commonly known as sludge metal) is not overwhelming on this EP, which leaves more space to their unbridled punk metal side. No style effects, only roughness. “Tend No Wounds” is a reminder to the people, like “hey folks, we’re just passing through this time, but next time we’ll be striking harder”. Needless to say that the Savannah trio will be aiming a knock-out with their next full-length record. 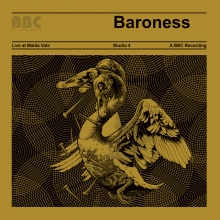 After a terrible bus crash last summer, BARONESS’ future was all of sudden put in jeopardy. Beyond all the physical injuries, it was also a psychological shock : realizing the thin line that separates life from death, Allen Blickle and Matt Magionni decided to quit the band and stop everything music-related. However, good fairies probably exist and they know how much this band has a vital role to play in the heavy metal world. Baroness defies the laws of time, they’re a band you can’t equal yet by whom you can’t help to be inspired. The music world needs Baroness, and John Baizley needs music to feel alive. This live EP was recorded at the BBC Studios only one month before the crash, and yet it feels very timeless : it oozes this resolution and passion the band has had to show to be able to be back on the saddle afterwards. Releasing this EP one year after the incident, it’s like telling the past to go the hell and getting back on the rock’n’roll highway straight away. Lucifer, you won’t get them. Not today. “Live at Maida Vale” features four finely selected tracks off the last record “Yellow & Green”, which are perfectly and beautifully performed for the record. Baroness is synonymous of excellency, which is another reason not to miss their coming European tour with Royal Thunder.