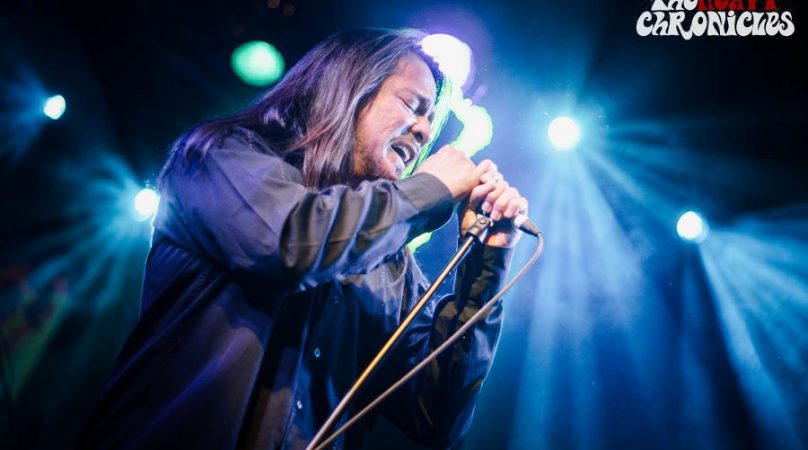 DESERTFEST London, we’re so into you ! After an intense Friday filled with headbanging, discoveries and great encounters, I dragged my sore body to Camden for the second day of the festival. It was nothing but a time trial, with legendary performances coming along with captivating interviews and improvised outdoor photoshoots… Once again we had to make choices, so we probably missed out a bunch of cool things, but we don’t have any regrets. Let your mind flow with the Desertfest’s chilled-out atmosphere and don’t ever regret your choices (unless you didn’t come to the festival). Here’s the full report of this second day with GURT, LOWRIDER, DOZER et UNIDA. Oh, STEAK and HOUSE OF BROKEN PROMISES are among our guests too. (Photos : Gael Mathieu) 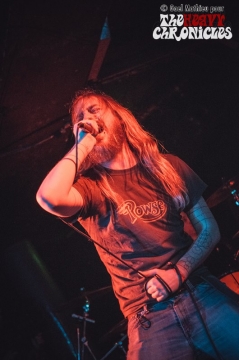 I stumbled upon GURT on the Internets a few months ago and totally dug their ballsy sludge and off-the-wall humour. And as the band only tours in the U.K for now, I thought I’d have to take my chance to see them live this year. After a confused waking at the hostel, a full English breakfast and two cans of Redbull, I’m ready to confront the Underworld’s stage. Compared to the bands I saw yesterday, which were mostly in the cool stoner/heavy rock vein, I can say Gurt is the most whacking metal beast I’ve seen so far. My fellow photographer comes after me at the Underworld, and whispers “fucking heavy” to me. Yeah, I would even go so far as to say that Gurt is the definition of “fucking heavy”, with their groove-laden thick and abrasive sound, Gareth Kelly’s out-of-limbos voice, and their laid-back but charismatic attitude… You can only get addicted to them. Around me, people are swaying back and forth. The thirty minutes are passing way too fast, but as cool as they are, the guys treat us to a little surprise… Huge singer Mark O’Regan – from London-based band Diesel King – gets on stage and both frontmen scream their lungs out on the last song “Soapfeast”. Pretty impressive. It’s the end, the band leaves the stage under thundering applause. A few minutes later, we catch the four of them outside the Underworld for a few pictures, and discover that not only these dudes are fucking good musicians, but there’s also fucking cool human beings. If you like greasy shit like Iron Monkey or Weedeater with a pinch of violence, then they’re the perfect deal. Check them out.

After having teleported ourselves to the hostel to empty our SD cards, we have to go back quickly to Camden and meet three quarters of Steak for an interview (read here). Once again, we walk past the Vans Store, where some band is doing a free acoustic show. I must hail this great initiative from the promoters, because these gigs have definitely been a satisfying experience for everyone at the festival. We meet Steak at the Ballroom then walk to the Brew Dog Bar – which 32% beer remains a mystery to me -. I love these guys, I love what they do and I deeply regret being absent for their performance at the Black Heart the night before (we had to take pictures of three German giants in the streets of Camden). However, if you’re into pure stoner rock à la Fu Manchu or Truckfighters, you should check out their first EP  “Disastronaught”, and the upcoming “Corned Beef Colossus” (out May 28). Good meat, yeah. No need to say that I obviously missed House Of Broken Promises’ gig at the Ballroom, but everyone told me it was fucking ace.

Lowrider has such a weird background, yet so impressive… The Swedish band only released one album (the awesome “Ode To Io” that you should blast loud in your car or wherever) plus a split record with Nebula in the late 90’s, then it was radio silence. When the Desertfest announced the reuniting of Lowrider for their 2013 edition, people went crazy. It must be said that the Lowrider/Dozer/Unida combo within the same night has something more badass than a desert tornado. When the band comes on stage, the temperature changes straight up. With an amazing presence and a super clean and straightforward playing, Ola Hellquist, Peder Bergstrand, Niclas Stålfors and Andreas Eriksson impose the Lowrider sound. At the center of the stage, you can’t help but staring at the tall singer/bass player Peder, who is delivering a very charismatic and expressive performance. The other musicians are as good and heavy, but they almost look too quiet compared to him. Later, he asks “Louder?”… Some oblivious people answer “yeah”, but I think most of us are already suffering an excess of low notes and vibrations from the PAs. I walk away from the front row to enjoy their mammoth desert rock and notice that the audience has kept their smartphones and cameras off their hands. Here, people are “only” listening and enjoying. That’s too rare not to be noticed. So our first gig at the Ballroom is a perfect delight. Will the rest be as good? 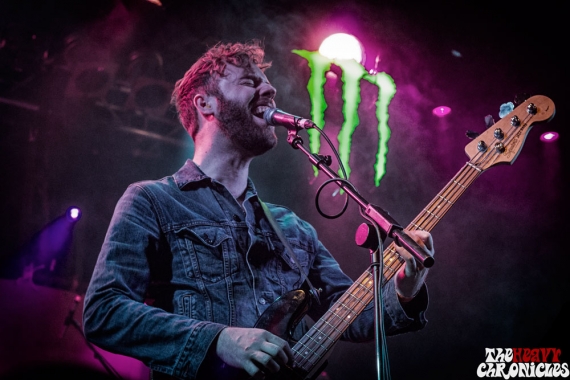 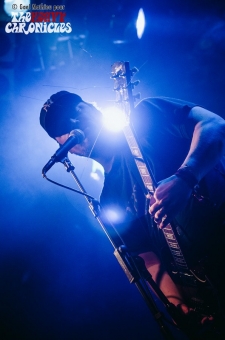 I apologize in advance to everyone for what I’m (not) about to say about DOZER. Because I enjoyed their kickass energy (what an entrance !) as much as I hated feeling like my organs were about to burst into pieces because of the loud and crushing sound and low tones. Fredrik Nordin’s voice is not really showcased at first, then it’s too loud… I go outside the pit to enjoy the music from a fresher spot : the bar. And as I’m making unexpected new friends there, I slightly forget to open my ears. One or two songs from the Unida/Dozer split record hold my attention and make me think that he would be great if both bands would unite on stage for a jam. But it doesn’t happen. So yeah, my bad, guys. Really. I’ll be a better observer for the next gig… UNIDA. 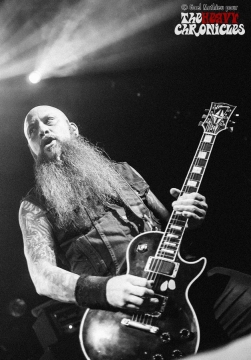 If there’s only one thing that needs to be criticized at the Ballroom, it’s the height of its stage. Alright, it’s definitely an asset for the crowd, but definitely a pain in the ass for a photographer of my height. Anyway, it’s time to enter history… To my astonishment, Unida goes on stage without any introduction and blast it out straight up ! It’s pretty hard to focus on what I’m doing, considering the first songs they’re playing are just fucking amazing. It’s Owen Seay’s fourth gig with the band on bass (he’s the nephew of bearded guitarist Arthur Seay) but you couldn’t tell there’s a “newbie” in there. The whole band seems to feel like home at the Ballroom, smiling at each other, and John Garcia is pretty communicative with us. I never thought that would even be possible, but Unida made me cry with their stunning slow-tempo “Last Day”. Garcia’s performance on vocals is so gut-wrenching, and Seay’s deep guitar solos just doesn’t help me and my lachrymal distress. For 10 minutes I’d like the floor to open up and swallow me, well 20 minutes actually, given that catchy-punchy songs “Thorn”, “Nervous” and “Human Tornado” don’t even make me get my head straight. I have to tell you that Unida live is a fucking desert storm, no pun intended, YOU’LL FEEL HIT BY A FUCKING ROCK TORNADO if you’re lucky enough to attend one of their gig. People at the Ballroom are hectic, we’re all feeling very privileged at that exact moment. The band comes back for an encore with “Dwarf It” and “Black Woman”. John Garcia thanks us for being such patient fans, he smiles… No doubt he’s feeling good tonight. 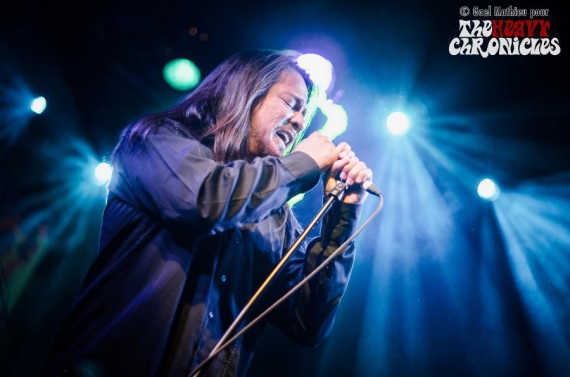 After the gig, everyone gets kicked out of the venue by the security. However, I just can’t get kicked out of here, since I have an interview to run with Unida. After a handful of texts and phone calls, someone finally tells me the band is available. I find Arthur backstage, in a corridor full of flycases. The man is a sweetheart, and he’s soon joined by his colleague from HOBP, Joe Mora. We end the interview by taking a few pictures of the whole band outside in the cold, and no matter how awestruck I was before meeting them, now I can tell they’re all very cool guys. I’m very thankful to Emma at Fifteen Three PR and Reece at Desertscene for sorting it out and making this interview possible (read here). Later, I was told that The Heavy Chronicles was the only webzine to get an interview with the band today. “Yeepeekai motherfuckers”.

Once again, the after party at the Black Heart is lots of fun. It’s hard to realize tomorrow will be the last day of this amazing weekend, after everything we’ve just lived. Whether we felt euphoric or sometimes even a bit stressed out because of our tight schedule, it was only good things, good people, and good vibes. And I must say that it’s a delight being at a festival in the heart of London, where no one misbehaves, where you don’t have to raise an eyebrow at times. Everything has gone smoothly so far, so far, szzzzzzzzz… See you tomorrow for the ultimate day.

REPORT OF DAY 1 AND DAY 3 OF DESERTFEST 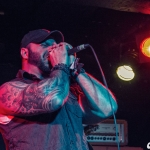 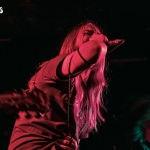 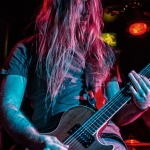 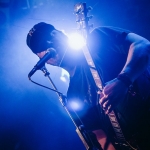 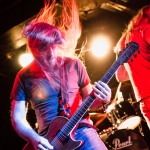 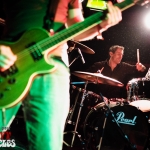 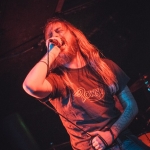 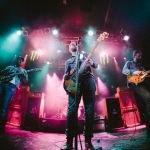 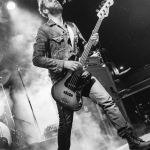 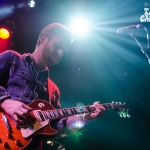 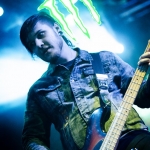 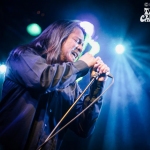 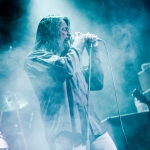 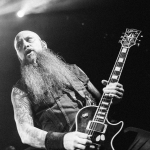 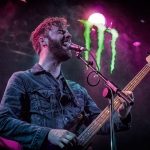 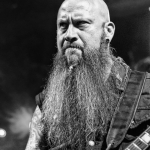 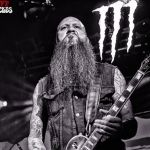