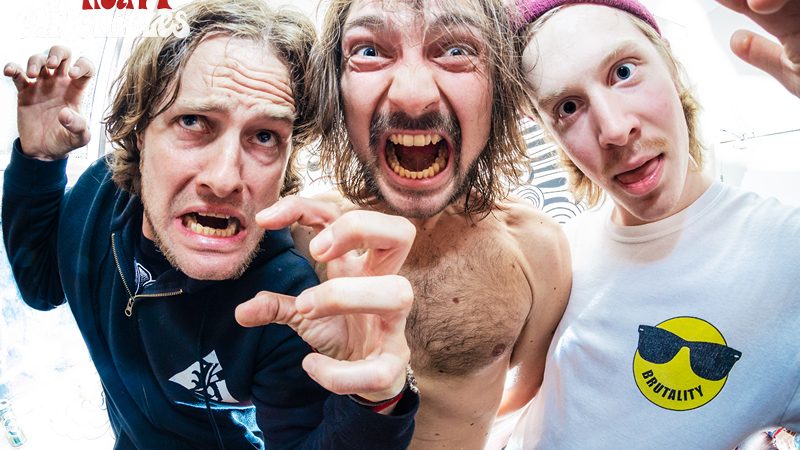 At a street corner, outside a pub, hanging around a tour van… The Heavy Chronicles caught some of the coolest bands who played at Desertfest London 2013 for a few pics. One second, one shot, an everlasting weekend. (Photos : Gaël Mathieu)

I think Truckfighters is the band I’ve seen the most these past few months. Ozo, Dango and Poncho are the most professional and easy-going persons when it comes to taking pictures. They do the job properly, while having great fun at the same time. See these crazy faces ? Unleash them on a stage, they’ll get tenfold crazier… 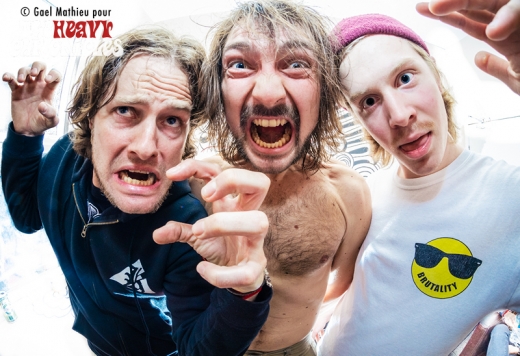 Mars Red Sky are always so chilled-out. The Bordeaux-based trio was exceptionally in London for the festival, so it would have been stupid to miss them and not immortalize that moment under the sun of Camden. If you haven’t listened to their last EP yet, you can do it now : marsredsky.bandcamp.com/album/be-my-guide-ep 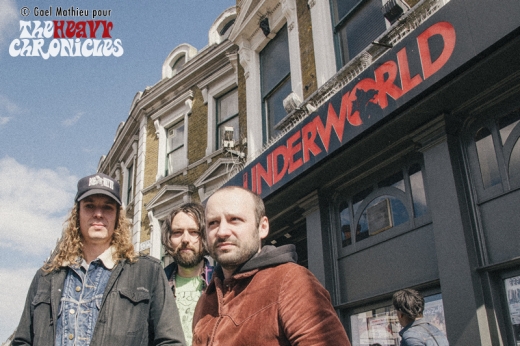 My favourites. Not only because they play kickass music, but also because I’ve been lucky enough to hang around with them a little bit during the festival. They’re so fucking cool (even if they’re trying to look all serious on this photo). Their music is freaking cool as well : steakmusic.bandcamp.com (READ THE INTERVIEW) 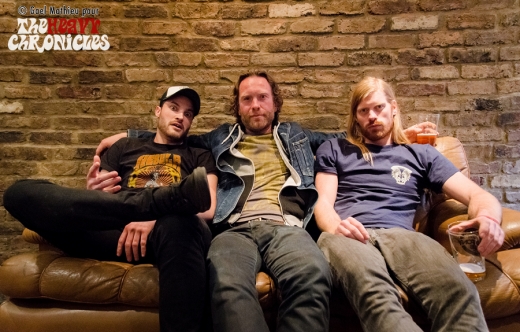 These sludge rockers are as accessible and sweet as kittens. I know, I know : that pun was easy and tempting. We caught the four of them after their gig at the Underworld, simple as that. Seriously, the guys are as laid-back as their music is heavy. Judge for yourselves : gurt.bandcamp.com 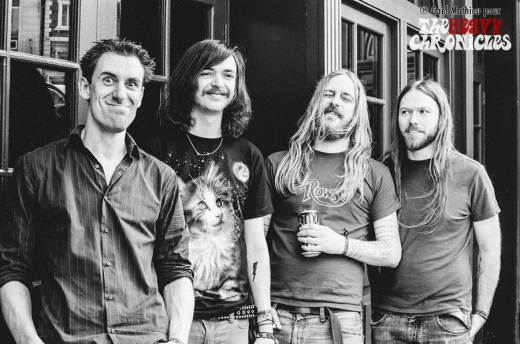 We caught Kadavar after their gig at the Jazz Café, even if it wasn’t quite an easy initiative at first. Hard to get the three of them (even though you could spot their tall silhouettes from the other side of the street), given that they were busy dealing with the fans and stuff outside the venue. But they gave me their word, so they followed us in a dark alley near the Black Heart without objecting. Probably the most vintage pic of the whole festival. Ja, gut ! 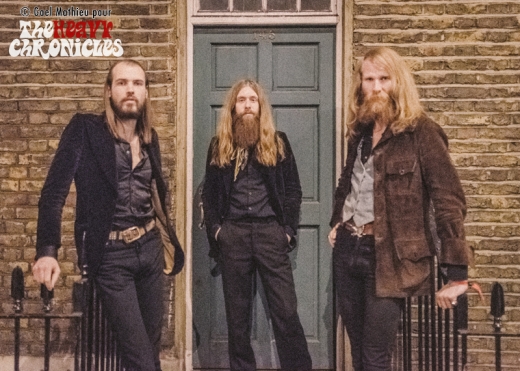 I must admit that this man has always impressed me. But despite misleading appearances, Garcia is actually a real sweetheart (even if he can turn the crews on you just with a glance). Gaël caught him in the corridor backstage while I was interviewing Arthur Seay, so the man wasn’t probably really prepared for that. But the pic with Unida will you how much he relaxed afterwards… 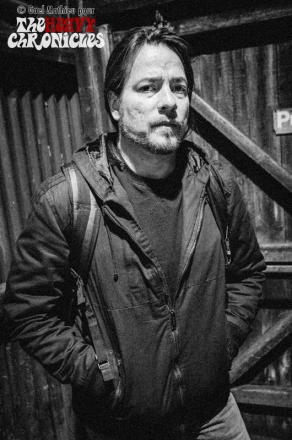 Luck. We were rushing backstage to interview Unida. They were loading their gear in the van, just before hitting the road. We joked about how we would name the picture : “Lozer” or “Dowrider” ? One thing that’s for sure, a long time friendship unites the two Swedish bands. And THAT is legend. 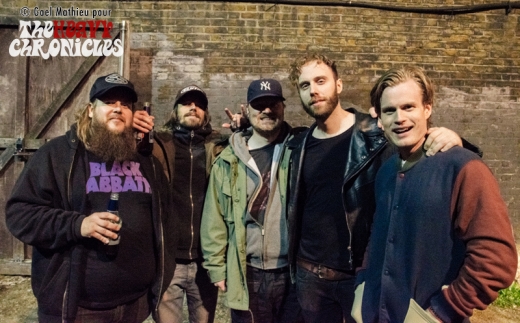 Taking a picture of Pentagram was anything but fun to us, for some reasons. We were lucky to have a few minutes of their time before they’d play their show at the Ballroom, anything but “loose” conditions. We felt like we had to do it quick, really quick. Bobby Liebling wasn’t in the mood, but fortunately Matt Goldsborough and Sean Saley made up for him, being quite nice and chatty with us. 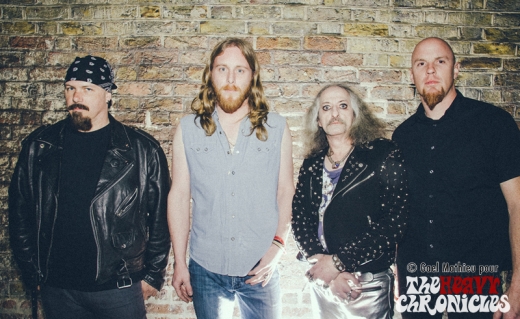 At first, logistics weren’t coming out of favour of our interview with the band, after their gig at the Ballroom. But once we had the four of them together, things went very smoothly. Being as professionals as they are, the guys were patient, kind and very available. Despite the tiredness, John Garcia, Arthur Seay, Owen Seay and Miguel Cancino allowed us to seize a real “Unida moment”, the coolest way ever. (READ THE INTERVIEW) 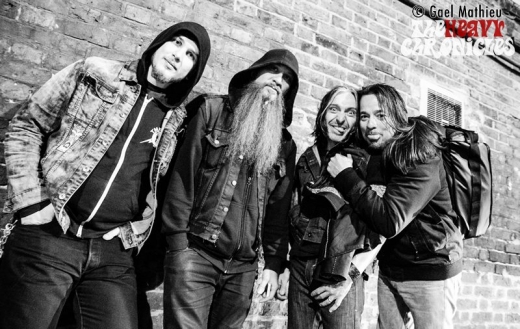 A little bit of chaos for this weekend in London (that I’ve had all set up to the minute) ! Interviewing The Shrine made me realize that you can have the most thorough plans, shit can happen and situations can get out of control in a flash. You think this picture was taken in good conditions, that we took the time to choose the time and place. But who knew the singer would be in a wheelchair ? Who expected a drunk homie would get the upper hand during our interview ? We surely didn’t. Freestyle and rock’n’roll. (INTERVIEW COMING SOON) 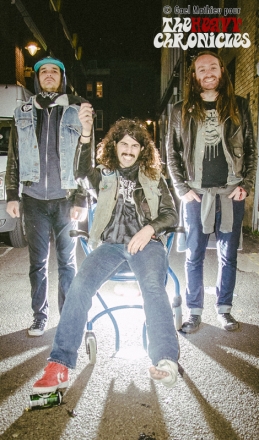 Being at Desertfest is synonymous of speaking English with loads of people from all over Europe. So when you have the chance to find dudes from your country and say stupid things in French, these little moments are priceless. Glowsun were the ideal candidates for hanging around in Camden and having fun. Between two brick walls, obviously. 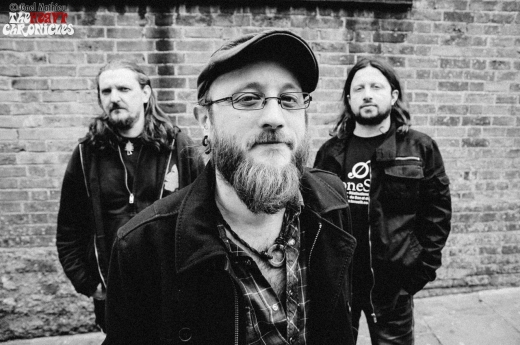 A major shout out to Gaël Mathieu for the pictures !
Find all his photography on Flickr and Facebook.