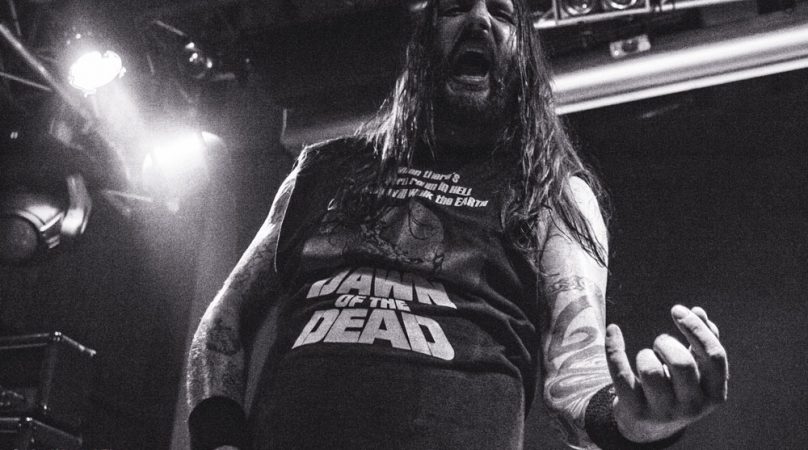 This is ORANGE GOBLIN’s first headlining tour ever in France, so this gig in the South of France was a godsend given that I haven’t seen the UK heavy legends on stage since 2010. The two first dates of the tour went successful, so this concert in Toulouse augured more than well. It took me two hours and a half in an A.C.-free train, but I finally made it to Le Saint Des Seins to see Ben Ward, Martyn Millard, Joe Hoare and Chris Turner deliver their badass stoner metal. Two words to describe the night : FUCKING KILLER.

I’m not used to missing opening acts, but this time I think I have a VERY good excuse : I have to interview Orange Goblin. Ben and Martyn comply to the duty with great professionalism and friendliness, and given the laid-back atmosphere outside and inside the venue, you can tell the night has start in optimum conditions for pretty much everyone… 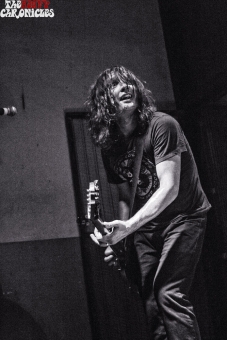 It’s almost 10 PM, people are now packed in the venue. As usual here, it’s easy to get on with the people next to you, share some thoughts and experiences, just to kill time. After a quick inspection by the stage manager, the lights are turned off and smoke is filling the stage. Everyone’s whistling in anticipation while I’m looking at the metallic stairs who go backstage. Like the classy badasses they are, Ben, Martyn, Joe and Christopher go down the stairs in triumph. Ben’s exultant smile says a lot about the performance we’re about to experience. Despite the sleepless night they had, you can tell they’re in good shape. The straightforward start on “Red Tide Rising” and “Vagrant Stomp” says all. The crowd is a bit shy in the beginning, but as soon as “Some You Win Some You Lose” echoes in the amps, they cut loose. So what happens when they blast my favorite song from the new record ? I’ll tell you…

From the top of his 6,7″, the charismatic and easy-going frontman warms up his crowd like a warlord, a huge smile on his face. On his left, Martyn delivers his thundering grooves while wildly shaking his blonde mane. I was already captivated by his powerful fingerpicking at the Volcom night in Bordeaux in 2010, now I definitely think this guy is a bass genius. That + Joe’s prodigious bluesy riffs + Turner’s phenomenal composure on drums = the dream team of stoner metal, without a doubt. Speaking of Turner, this guy is so cool that he looks just like he’s playing in slow-mo, despite the insane rhythms he blasts within an hour and a half ! Everyone in the venue is soaking wet, t-shirts are on the floor and beer is being poured in the dryest throats. And most of all : the Goblin dudes are smiling. Non stop. 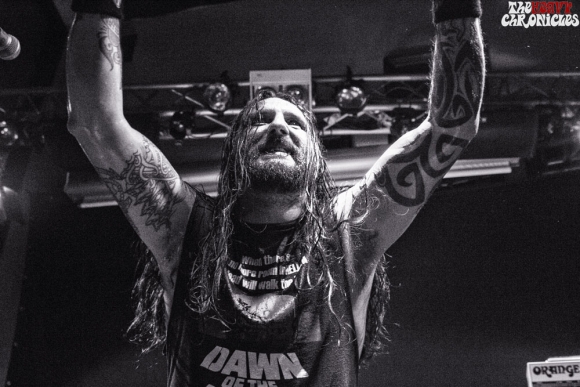 The band decides to spoil us with a very varied setlist, playing at least one song of EACH of their records. In the middle of this electric performance, “Time Travelling Blues” offers a well deserved break, some bluesy coolness. As an encore, the guys play Z-song “They Come Back”, which includes an unexpected tribute to Jeff Hanneman from Slayer (let’s call it a dead rising skit), quickly followed by classics “Quincy The Pig” and “Scorpionica”…

The band looks very content. And a bit worn out, as well. We all are. Many people rush to the merch to buy a fresh & clean t-shirt… The foursome didn’t fall short of their reputation of kickass performers, and once again, they proved they’re the masters of monstrous riffs and contagious stoner anthems. Yes, this first French tour in 20 years  proved to all of us that THEY ARE THE FUCKING BOSSES. (Thanks to THS and Dead Pig Entertainment for promoting this concert) 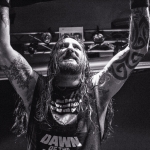 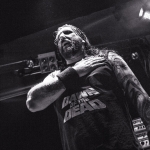 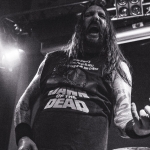 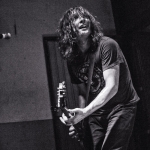 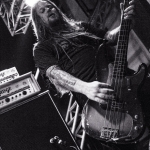 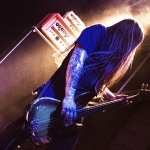 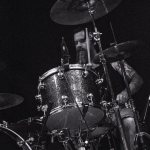 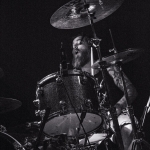 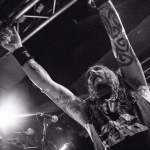