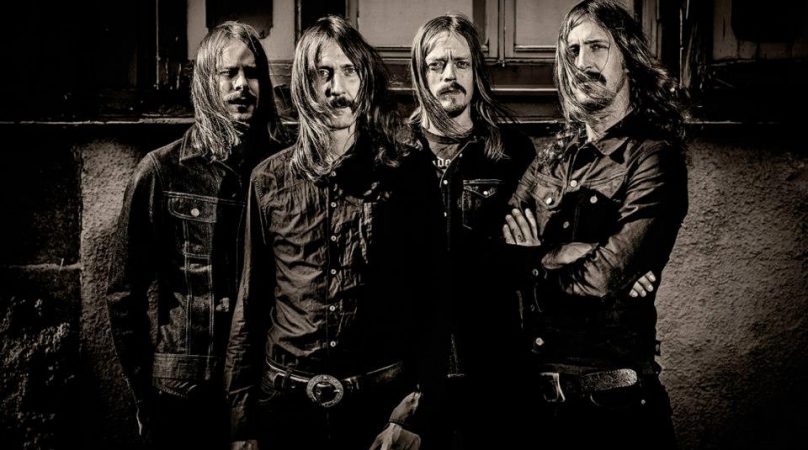 We already knew there was something in the air in Sweden, when it came to rock music. We also knew the area of Göteborg was the epicenter of a crazy amount of awesome songwriters and musicians. Among which, GRAVEYARD. They’ve released three albums, each one of them being a supreme of classic blues rock, as beautiful and shimmering as a twilight sky. As if “Graveyard” and “Hisingen Blues” haven’t brought enough greatness to this world, their latest record “Lights Out” sounds like anything but a farewell, and blows all the oldie-goodie-rock lovers’ minds with (again) 9 songs that get us in a transcendental yet rebel mood. The Swedish time capsule once again landed, with what should be considered the Best Album of 2012. No shit.

I don’t usually do scholastic ploys when it comes to introducing artists, but in this case, skipping the introduction of such a monument would be a huge mistake. Oh well, and for that matter, let’s just use the official bio : “When Swedish doom/stoner outfit NORRSKEN split up in 2000 it gave birth to two new bands. While one remaining member founded WITCHCRAFT, the rest of the band went on to form something really rare, something obviously unique – an honest sonic feeling that is now known as GRAVEYARD. Be it classic rock, blues, jazz, folk – you name it – the authentic quintet makes it sound real at any time“.

The last decade has brought a lot of vintage bands who slung a 60’s/70’s rock throwback : blame it on the crisis, we all became nostalgic of the good ol’ days. Whilst the music industry is treading water, stuck in a vicious circle of selling music as a vulgar supermarket product, recycling the same formulas again and again, some bands stay true to their feelings. GRAVEYARD is one of these bands who came up with a saving sincerity in their music, along with the ear for giving an unrivaled sound and dimension to it. The magic happened.

Regarding GRAVEYARD’s discography, “Lights Out” lives up to their previous effort “Hisingen Blues”, sounding like a perfect sequel. It’s as well-written, well-thought-out, well-produced than the latter. The record’s dynamic is contagious and it offers a great balance between the most uptempo songs like “An Industry Of Murder”, “Seven Seven” or “Goliath”, and blues rock ballads like “Slow Motion Countdown” or “Hard Time Lovin”. Among the richness of classic blues rock inspiration, the band succeeds in bringing an authentic power which is wrapped up by an overwhelming groove.

Joakim Nilsson’s lyrics remain as dissenting as on the previous records, in the exact same way the hippie rockers of the 60’s used to write. That’s the moment when I pay my respects to this stunning singer. I mean, did it ever come to your mind that the ginger frontman’s voice is reminiscent of John Fogerty’s incredible vocal power ? His deep hoarse voice and his presence stand out of the crowd, he has that something special of the old school frontmen : a Real Charismatic Singer going hand in hand with a precious handful of talented musicians. Speaking of which, rock ballad “Hard Time Lovin” speaks for itself by prevailing over the other songs, in that it has the most breathtaking and stirring singings I’ve heard in ages.

So yeah, the same way you delighted in listening to “Hisingen Blues”, you won’t find any flaw in this record to point at, all nine songs standing as a perfectly catchy but intimate (and invigorating) song. The past will echo smoothly in your mind… In the end, the only think I would tell you is that you will obviously want more after those exquisite 40 minutes of old-fashioned rock. Because 40 minutes in Paradise is short, y’know… 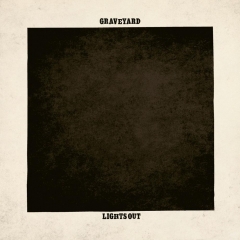