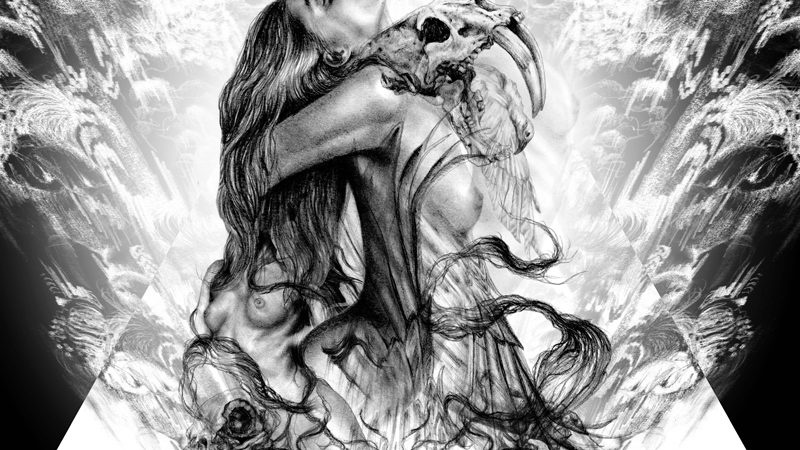 In all honesty, I stumbled upon BRIGHT CURSE (thank you Facebook). But the delight was up to the luck of this discovery : even though they’re quite little known, the half-French half-Londonian has what it takes to get a place under the sun. Blending doom with cosmic rock, their first EP is all about smoothness and depth, while nothing in the record betrays the band’s youth. You’ll see, these 35 minutes feel insanely fleeting. So let’s enjoy this psychotropic journey, and don’t you ever think of ever coming back…

The EP starts with a one-minute doom instrumental which is nothing to write home about, yet it definitely sets the tone. Obviously YES, this record has a top-level production. So it kind of proves that even if you’re a young DIY band, as long as you have musical ear (and the guy who did the mastering of Sleep’s “Dopesmoker” in your team), you can do great things.

Short but generous, “Bright Curse” showcases a pretty good sample of what could be labelled as stoner songs (to simplify the whole thing), but that often vary between bluesy doom and under influence heavy rock. The three musicians’ inspirations (claiming Witch, Sleep, Graveyard or Colour Haze) complete each other thoroughly and create the perfect balance between groove-laden heavy tones and introspective and inspiring musical driftings. These guys are like the flawless children of Vitus and Sungrazer.

Add to this tasty recipe a singer who avoids all the usual growling and weird stuff common to very heavy music, and simply but beautifuly  delivers a heartfelt clear singing. Without overdoing, he enhances even the subtlest cosmic breaks. Nevertheless (because I had to find at least one weakness in this record), I would reproach the band for choosing the easy way with the song “Unknown Mistress”. This one would make a great single, but it sounds a little bit too cliché and quite poor creatively. Even the second half of the song, which claims to be more enigmatic, isn’t saving. To me, “The Hermit” and “Mind Traveller” remain the two major gems of the record, with the band’s writing skills reaching their highest point. I’ll let you discover the many surprises contained in these two tracks on your own.

BRIGHT CURSE got it. They definitely know how to make the most of all this blending. Their dark and psychedelic music wholeheartedly depict not only who they are, but also who we are, all of us. At the end of the day, “Bright Curse” is a bit like the unexpected liquor shot at the bar : you’re supposed to have only one for fun, but you’ll eventually end having more, because the feeling is so good, but also so brief. In other words, this record is completely A.D.D.I.C.T.I.V.E… 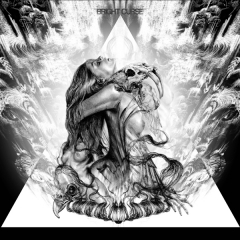