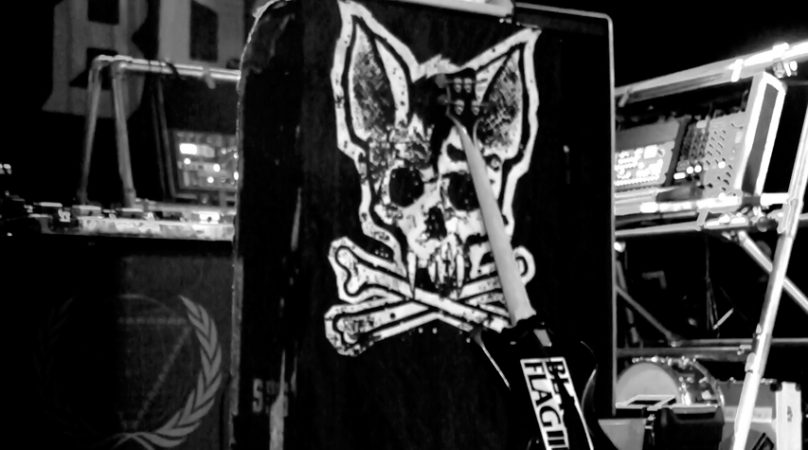 Cancer Bats are real outlaws when it comes to music labelling. They’re as furious as a hardcore band, they make speakers sweat like punk rockers, and sound as heavy as a metal band. On stage, Cancer Bats is a fucking big bang. So it’s pretty obvious that, on this typically rainy bordelais weekend, I wasn’t looking for some trendy electro-something-core : I came to fight for my right to party. The Canadian definitely helped to achieve this purpose. (Photos : OLIVIER SEGUIN)

We didn’t think the band would make it to Bordeaux. After their message on Facebook, telling they were stuck in Barcelona because of a broken van, then after Enter Shikari’s announcement about an ill member, we resigned ourselves. But hey, on tour, the motivation and the survivor spirit always win. That’s why earlier this evening, when I met Liam Cormier for an epic interview, he definitely looked glad to be here.

8:00 PM outside of Le Krakatoa, one statement : it’s not very crowded. 8:40 PM, no mercy : the show starts. Okaaaaay I haven’t even finished my beer, but what the hell : without a second thought I rush to the photo pit to take a few pics very hastily, given that we all get kicked out after the second song. No time to complain anyway, because the show is now well under way. Time to join my friends in the pit to enjoy the frenzy…

And what a frenzy ! So far you wouldn’t describe their performance as energetic, you would state it’s a fucking.electrostatic.storm ! Every corner of the stage is trampled by the unwary frontman, while the rest of the band is performing at full blast, without even taking a breath (I mean, why for ?). And even if some sensitive folks would suffer from the lack of timeouts, this is how it works : brutal. Unlike  Enter Shikari who bank on their high-tech gear and wicked lightshow, CANCER BATS doesn’t need any tricks to blow your mind, being as good in an underground club as on a big festival stage. Their music is like the perfect hybrid of Hatebreed and Black Label Society, so it can be surprising at first, but most of all : it has the ability to UNITE. Most of the people here didn’t look like they knew Cancer Bats before coming to the show, and now they’re getting converted by force.

On the whole setlist, fans are more responsive on songs from “Dead Set On A Living”. Liam Cormier wins over the most reluctant people thanks to his little speeches in French, and the more we get into the show, the louder the audience screams. “Road Sick” liberates the necks, the “Sabotage” cover flabbergasts all those who just discovered the band (Liam Cormier should definitely consider starting a rap career), while “R.A.T.S” is the final coup de grâce. Being as objective as I can, I would say Enter Shikari fans received an electroshock from Cancer Bats : considering the general feedbacks after the gig, plus the number of folks who rushed to the merch table, there’s no doubt this hectic performance was a kickass one. Everyone also felt like the gig was too short, and that Enter Shikari’s performance left us with a bitter feeling. But this, my friends, is another story… 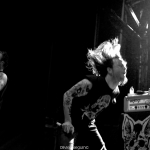 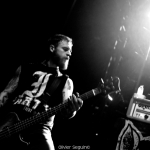 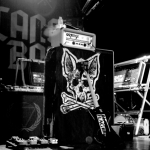 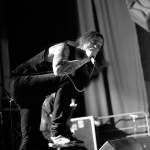 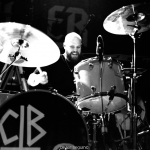 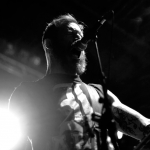