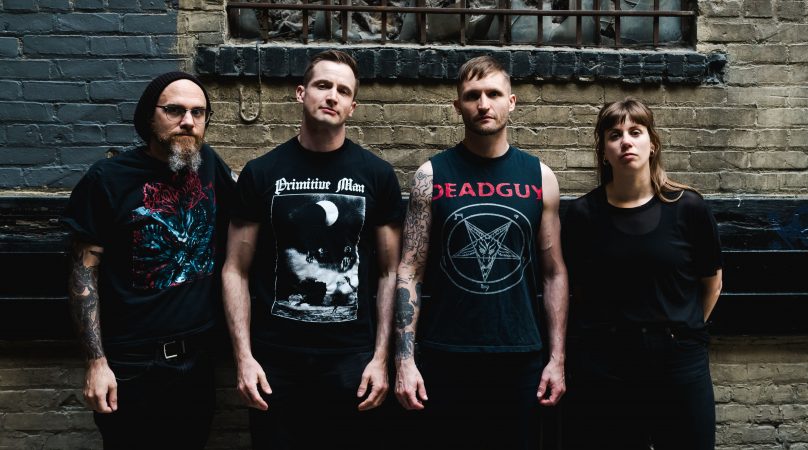 This September, KEN mode released their eighth album “Null”, and it’s probably my album of the year. No less. You won’t get any pitch or namedropping here, you’ve already seen that many times before. You are reading this review because you are looking for something different and because you’re already embracing their music fully. Turn that Kill Everyone Now mode.

It took me weeks to tame the furious beast that is “Null”, which turns out to be way more violent than their previous outings. Upon first listening, it instantly reached something inside me although I knew I was going to suffer from liking it. Or that I wouldn’t be able to get rid of the pain it conveys.

We often discuss the cathartic side of songwriting for a band, one that allows them to let go of their inner demons and suffering. Never has it been as true and touching as with “Null”, when Jesse Matthewson expressed all the negativity of our collapsing society in the heart of one of the worst periods humankind has experienced… but that everyone has already forgotten.

No, Jesse, not everyone has forgotten. Rarely (never?) a record moved me so deeply. Damn, I would have rather erased this episode of mental and physical isolation from my memory just like everyone else, and not give a fuck about what could happen from now on. But forgetting is the first reason why mankind has kept repeating the worst atrocities, and I can’t let my dark side take over and throw it all away, even though it has crossed my mind countless times. And why not? And what does music have to do with it?

The violence in KEN mode’s music doesn’t become a sinistre ode, but the proof that other people are also suffering and trying hard not to lose it and give up. KEN mode has become my antidote not to give up and give those we love the power to believe in themselves, the strength to build a better world than the one we will shamefully leave for them.

While “Null” brings up emotions I voluntarily put aside, these defenders of a terrifying noise rock gave me a glimmer of light to hold on to, even if I don’t know if it’s a glimmer of hope or the headlights of a 38-ton truck coming to crush my face. Time will tell.

DEVIL’S WITCHES gets macabre and poetic with “In All Her Forms”.