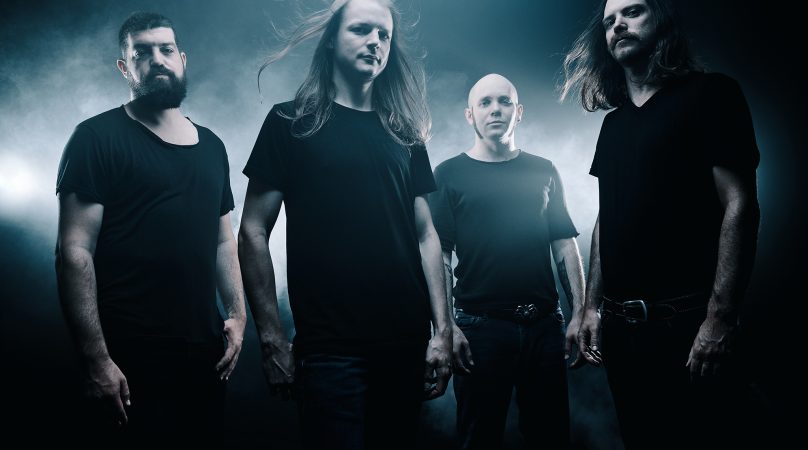 Today we’re excited to bring you the latest single from Baltimore’s heavy and stoner metal torchbearers BLACK LUNG! The relentless foursome is getting ready to unleash their ambitious fourth studio album ‘Dark Waves’ on European powerhouse Heavy Psych Sounds, and you can hear its highly compelling title track exclusively on The Heavy Chronicles now.

Says frontman Dave Cavalier about this new song: “Years ago my other band Ms. Sara toured the Virgin Islands. We traveled by boat to a handful of our gigs and one night 3 storms converged right on top of us in the middle of the ocean. Our boat was tossed around by ten-foot swells in total darkness. Our captain and tour manager Joel Brown aka White Lion made the decision to turn us around and head back to shore. We took a large ferry through the storm and eventually made it to the gig. Just a couple more inches and the boat would have capsized. This song is an ode to a truly near-death experience.”

Watch the killer animated video by Dave guerrero below!

There is no question that Black Lung’s newest release “Dark Waves” was conceived in hostile times. Dave Cavalier’s lyrics reflect this hostility. Songs like ‘The Cog’ and ‘Mad King’ lament the weaponized ignorance of the propagandized American citizen, while ‘Awaken’ and ‘The Path’ muse on escapism and the false protection of dreams. On the title track ‘Dark Waves’, the band channels this mood of bitterness through their instruments, as a meditative bridge is slowly transformed into a foreboding storm front centered around Dave Fullerton’s hypnotic guitar melodies. Despite the apparent darkness, “Dark Waves” is not a cold or desolate sounding record. The band leaps forward from their previous releases with warmer, brighter sound crafting and more audacious songwriting. There are passages with a tangible sense of jubilation and excitement, as the band members revel in the recording process after more than a year of uncertainty and frustration…

New album “Dark Waves” will be issued on May 27th via Heavy Psych Sounds (preorder here).