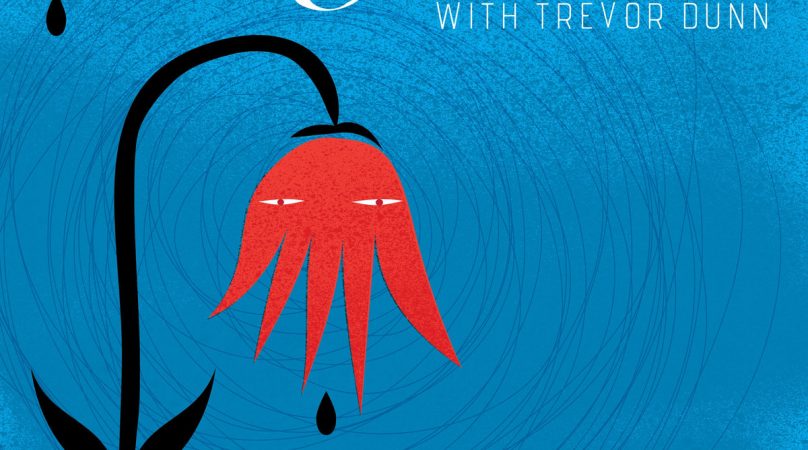 King Buzzo is a busy man. When he’s not touring, you can find him recording his yearly bunch of Melvins records with whatever line up, or hanging out with his friend Mike Patton, working together on Fantômas. Still, he managed to find time in his crazy packed schedule to put out an “almost solo” record — only helped by Melvins Lite member Trevor Dunn on upright bass.

So what’s the verdict on King Buzzo’s duet? Needless to say, “Gift of Sacrifice”, which came out in late August, is one hell of a good record. The kind that will obviously please die-hard Melvins aficionados but could also convince a broader audience, would they actually end up giving a listen.
Quite logically and despite the softer arrangements and use of strings and acoustic instruments, we still find the grit, the dissonances and the noisy feedback that one can expect from King Buzzo’s work. In fact, this album is mostly a demonstration of the fine gentleman’s songwriting skills. Guitar parts are always catchy but never easy. The voice is always honest, almost torn, but still has this spoken word and apathetic quality to it, just as usual with Mr Osborne.

After a rather short intro, we jump right into “Housing, Luxury, Energy” that I dare to call the masterpiece of the album. The song is constantly evolving, moving and it’s easy to imagine what it would sound like as a heavier version. We also benefit from Dunn’s original upright bass technique, always matching perfectly King Buzzo’s crazy ideas. This track’s noisy and almost avant-garde aspects could be reminiscent of the The Velvet Underground’s golden era but the dark theme and spontaneous delivery achieve the separation between the song and a more produced and, some would say elitist work from the aforementioned influence. You will find a very similar direction and ambiance on “Junkie Jesus”.

The somewhat stoner track “Delayed Clarity” picked our interest as it could have easily fit on Kyuss’ “Welcome to Sky Valley”, reminding us of “Space Cadet”. A style we’ll also find on the less remarquable “Science in Modern America”.

Tracks such as “I’m Glad I Could Help Out” or “Mock She” make use of the classic syncopation you’ll find all over the Melvins discography. The album ends shortly after the very noisy “Acoustic Junkie”. Was that a way for King Buzzo to let us know he’ll be back with more violence soon? Let’s also mention that most tracks end with a short unexpected noisy bit, interrupted abruptly. While it is quite well-crafted, it turns out to be a bit gimmicky and the album truly did not require this.

In the end, a few may question if the album would have deserved a Melvins treatment but the arrangements fit perfectly and they broadcast the vision of one man rather than the Melvins’ unique approach — which relies solely on Buzzo / Dale Grover alchemy and sense of rhythm (plus who ever the f*** is their current bass player).

It turns out to be a more experimental bracket in Buzzo’s career, while it’s also a more open and emotionally aware creation that “Gift of Sacrifice” demonstrates. An album short enough to push us to come back to it in between our regular listens of “Houdini”, “Stoner Witch” and “(A) Senile Animal” (the Melvins’ best three albums, period)