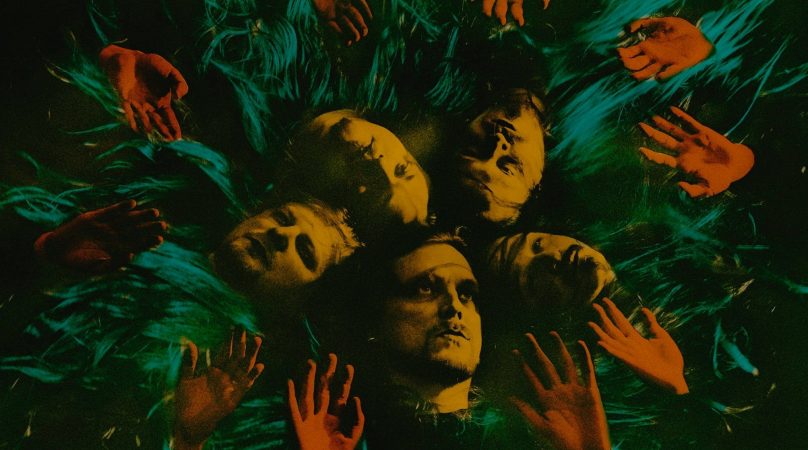 The princes of darkness have returned. With five records that stand out from the metal crowd, the unfathomable ORANSSI PAZUZU have signed to Nuclear Blast to deliver their more straightforward album to date. This won’t be an easy ride, as “Mestarin Kynsi” was built around six dense acts from which extirpating yourself may be the hardest part.

Despite that huge wall of sound feel at first, the band refine their atmospheres to embark you farther in this multi-layered picture. Using more and more electronic loops, they use a wide range of sounds to craft these dark and paranoid soundscapes. This kraut-prog-black-elecro-indus malstrom is the soundtrack of a rite of passage to the depths of the soul, to the edge of the universe. Themes are as varied as mental alienation, mind control and cosmic nightmares among other things. Six tracks for six different worlds:

“Ilmestys” launches the record with a five-minute electronic-laden pulse, lacerated with ear-splitting synths that are slowly preparing the ground for their rip-roaring guitars. You’ve been warned: the journey will be spiritual and organic.

Coming second with its low bass rumblings and multiple riff layers, “Tyhjyyden Sakramentti” takes off until it reaches a breaking point, letting us glued in some kind of synthetic matter coming straight from a Gigerian horror vision.

Album climax “Uusi Teknokratia” and its Dr Mabuse-like video (below) is a thrilling cavalcade fusing punk beats, noise frenzy and experimental choirs, all depicting the devastating effects of endemic capitalism.

“Oikeamielisten Sali” kicks off on a grinding cello that leads us straight to the creepy corridors of a haunted manor. Later, a saxophone (or is it a guitar or maybe synths?) echoes just to remind us that our souls are forever lost, just like the singer, screaming for a never-coming help.

“Kuulen ääniä maan alta” is industrial as fuck and makes us dance of fear, to end on the electronic harshness of a John Carpenter soundtrack.

To wrap up that frantic odyssey, the Finnish unleash their black metal aggression on “Taivaan Portti” (“Heaven’s Gate”), a stormy stampede that gets dragged away by an almighty spatial force springing up through majestic organs, which seem to be laughing at struggling humans.

Exhausting yet highly rewarding, “Mestarin Kynsi” is rich and exciting in terms of rhythm and melodies, and turns out as a sound design gem that proves Oranssi Pazuzu’s ability to play with all metal subgenres (and beyond). They also remind us they are the most brilliant horror soundtrack composers ever. All that’s left to do now is to find a the twisted mind that will direct those movies.