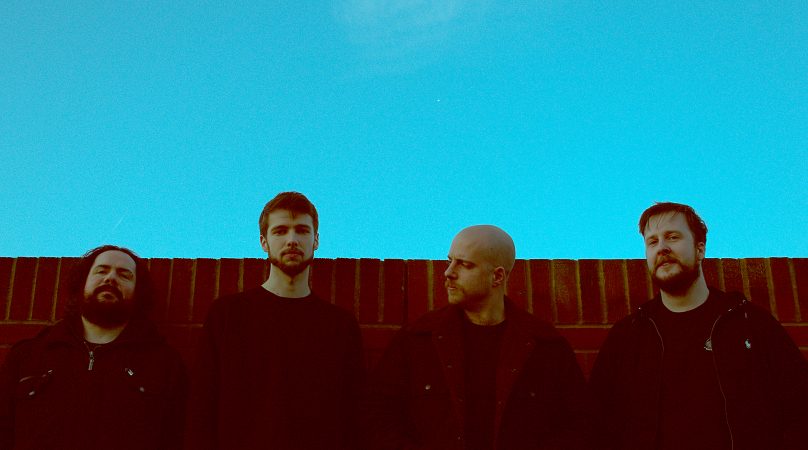 ELEPHANT TREE. Never a name has summed up a band’s influences better: one massive foot in doom and dirty grooves, the other rooted in Pink Floyd-esque psychedelia. Yet, Elephant Tree are prog heavy avant-garde, they never look backwards. Their self-titled debut album has blown everyone’s minds, and their live performances keep being acclaimed after each festival appearance, so you can bet that the London-based foursome’s new album was highly anticipated. Aiming to do better, to do more, to surprise or “sound different” is absolutely logical, but it’s often the best way to fail. Or stand out from the crowd.

Elephant Tree were smart enough to mislead us at first, only to confort us about their sonic identity later. That’s a good sign. Each aspect of their sound is enhanced and masterfully delivered here: the heaviness is the dense canvas on which they weave their delicate psychedelic songcraft, exalted by the ethereal vocals.

These architects know their music map inside out, from Sabbath to My Bloody Valentine. They craft an astoundingly beautiful “doomgaze” and depicting melancholy in all its shades, whether it’s buried under riff layers or diffused through clever arrangements. This unholy assemblage gives rise to songs that hook us in from the get-go, these powerful and dense build-ups making way for elegant, ethereal and bedazzling melodies. Exhilarating at first, “Habits” turns into something compelling, comforting, and at times terrifying. Irradiating guitars can suddenly get menacing, taking us on an emotional rollercoaster.

One noteworthy detail is the addition of John Slattery on keys. You may barely hearing him when first listening to the album, yet his contribution is essential as it really helps set the mood on each track. Subtle keyboard layers propel the whole album into a dark, futuristic world, while the contrast between bone-crushing doom and psychedelic reveries, as well as the constant mood variations suddenly take a whole new dimension. It feels as if our dreams of escapism and the illusion of freedom were both surrounded  by walls of guitars blinding us with their sonic mist. The paradigm of dystopia.

As if the album couldn’t get more impactful, half of the planet is on lockdown and we are all staying in the padded comfort of our homes, witnessing the collapse of our civilisation model. This is what we call a well thought-out record from people moving with their times.