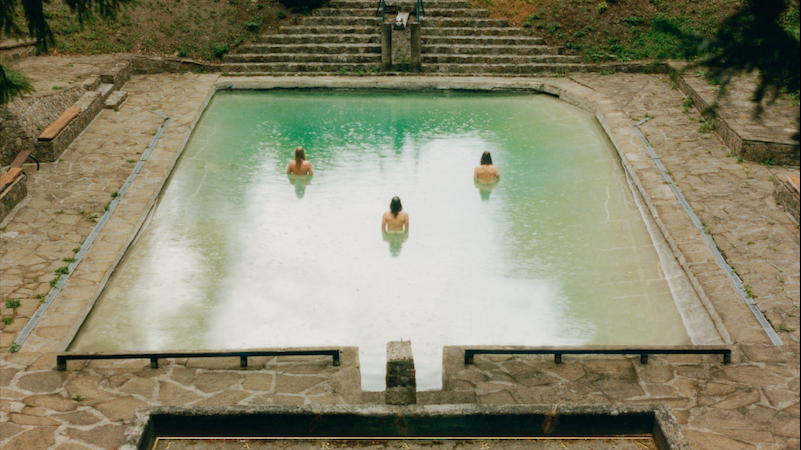 Poland seems to be a very fertile ground when it comes to talented bands. This is why we have kept praising its blooming heavy scene, which has seemingly won over the French audience over the years. There was Dopelord, Weedpecker, Spaceslug and Sunnata, now comes TARABAN.

‘Ta-ra-ban’: three syllables to describe not only the power trio, but also a drum used at war to enhance troops’ strength and erase fear of those about to die. Speaking of battlefields, their « Valkyrie Eleison » EP (2016) was an anti-war statement that I urge you to check out. While a strong will to fight and fire keep driving the Krakow trio, all set to conquest Western lands, their intentions and sound are much less belligerent than it seems. With a highlight on blues and psychedelia, Taraban’s aptly-titled debut album ‘How The East Was Lost’ deliver a lush and classy brand of proto-metal.

The 70s revival scene has gotten so crowded these days, that we’ve almost come to a point of no return, with most bands taking their cue from Graveyard or Kadavar. Even though Taraban could be reminiscent of the Swedes, what makes this album stand out is the mysterious atmospheres sprinkled all throughout its seven chimeric reveries — just like its stunning green and gold artwork. When Graveyard served post-mortem melancholy, Taraban is the epitome of romanticism and Baudelaire’s spleen. These rock dandies driven by elegant yet cheeky guitars magnify mystery and fantasy, crafting mist-filled soundscapes and seeking for ultimate escape through an endless Pink Floydian odyssey. These magnificent losers depict the youth’s social uneasiness with a passionate and melancholic sensibility; a fresh vision of rock music. First single « The Plague » showcases this feeling perfectly.

Rooted in the past, Taraban sound like they were born in the wrong era, yet it remains that this record is more modern-sounding than ever.  They avoid the pitfall of vintage production, subtly using effects and distortion, parsimoniously sprinkling songs with some aerial synths and chameleon sax. Just let drip the slow agony of « Liberty Fraternity Eternity » into your veins to understand.

But the highlight of this album truly lays in Daniel Suder’s crooning vocals. He embodies the agitation and poetry that make this record, the sadness, the dreaminess as well as the disgust of present days. How would you not be bewitched by his poetic and fire-driven voice? It’s nearly impossible to get carried away in limbo with him.

If Rimbaud and Verlaine were our nonchalant and sophisticated contemporaries, they would play in TARABAN. In a music scene where the same recipe tends to get repeated over and over again, Taraban assert themselves with a strong personality, and treat us to an album which abstraction brilliantly challenges the listener. Poland has found its new torchbearers with Taraban, an instrument that beats zt the pace of these new rock conqueror’s passion.