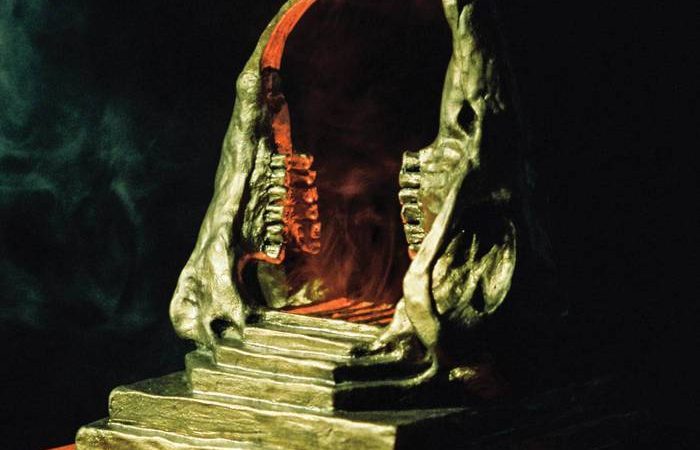 It had to happen, and to be honest we were quite looking forward to it:  our psych favorites KING GIZZARD & THE LIZARD WIZARD take on metal! Oh wait, “Murder of the Universe” was a metal record, wasn’t it? And “Crumbling Castle” was leaning towards prog. Nothing surprising if you’re following the prolific outfit, and there is no way you’d think it is just vagaries. Let’s just put the legitimacy aspect aside: King Gizzard are a rock band playing metal, period. Metal die-hards won’t probably get mind-blown, while rock fans will hardly mosh on a daily basis to that record. The face of the world won’t be changed. Now let’s see why they decided to take on this genre with “Infest The Rat’s Nest”.

Undoubtedly, thrash metal nurtured Stu and his gang as teens and they intended to pay tribute as well as ticking another box on their own periodic table of music genres to cover. One thing that is for sure: they haven’t let down their fave topics, once again bringing up human condition and survival while they keeping the environmental thematic initiated on “Fishing for Fishies”, released earlier this year. What a macabre coincidence, when the Aussies’ fifteenth record came out during last summer’s heat wave, while the Amazon forest was burning like never before.  We get caught on a futuristic apocalyptic tale where the poor suffer on this dying Earth (“Planet B”) while the rich are coveting Mars (“Mars for the Rich”).

Depressing, isn’t it? We’re not here to joke around and KING GIZZARD dive deep, fiercely and frantically in post-apocalyptic sci-fi. Simply put, this album is a furious cavalcade chock full of jolts, an absolutely unhealthy trail where Sleep-esque doom mix with metal-drenched garage. Imagine an endless circle pit full of stumble. Try to mosh on the rollercoaster that is “Self-Immolate” and you’ll come a cropper. The second half of the record, that recounts the frenzied escape of insane earthlings to Venus, seems to go faster and faster. Slayer-like riffage come thick and fast just like this spaceship fleeing the apocalypse, then final track “Hell” skyrockets us straight to Hell.

This new album may be a thrash one, yet it’s far from being a blot in their discography.  The usual gimmickry is right where it should be: all the juggling riff and melodies, the feedback, Stu’s trademark “whooo” and even Ambrose’s haunted harmonica on “Perihelion”. Last but not least, this high-class songcraft of theirs, that makes every damn track stand out. The whole sound keeps this warm, vibrant and live-sounding garage feel, while giving enough space to each instrument.

Anything but lighthearted, we must admit that this album is far from being a whimsical misdemeanor: “Infest the Rat’s Nest” is one of the Gizzard’s cornerstone albums. Just like ‘Nonagon Infinity’, it showcases a perfect consistency between the concept and its making, and most of all: you can’t help pressing play again and again. Until our dear planet dies.