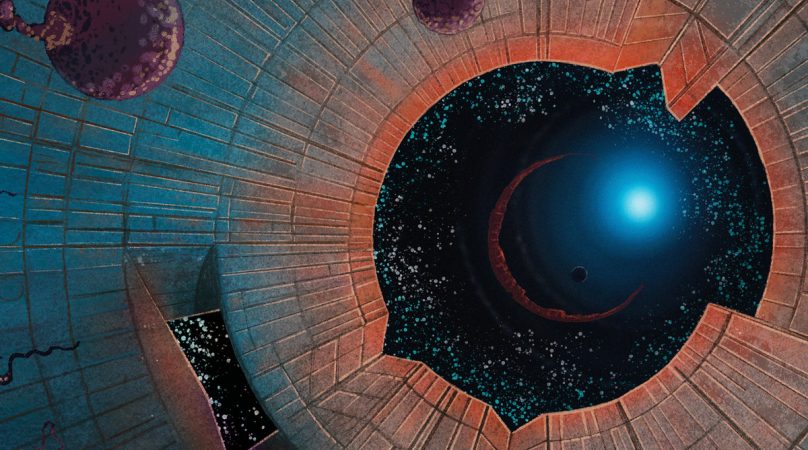 Irish heavy mongers SLOMATICS released their fifth album ‘Canyons’ this June to celebrate their 15th anniversary. Why have we waited until now to give it a mention? Because the summer heat doesn’t quite fit the heaviness involved here, and you were probably too busy binging on cheap booze at festivals to care anyway. Last but not least, I’m also very late to the party.

To be honest, the autumnal shower that is about to last for the next few months sets the perfect background for their colossal, trademark doom made in Belfast. ‘Canyons’ avoid clichés, distortion zeal, useless feedback or inaudible growls. It was crafted by musicians who consider their music just as a physics tract, and most of all who are giving their own definition of gravity.

When Blaise Pascal proved that the ambient air and atmosphere’s weight can be measured, SLOMATICS go even further and give mass attraction a new meaning. The riffs all sound like a telluric bass, and the drumming is so sharp that you get to even wonder how it can induce such an unrivaled heaviness. Their sound crushes you, the time gets distorted and swallows itself like a black hole. You quickly turn into an inert body making one with the air, witnessing a time acceleration and worlds go by before your eyes. The Evolution gets faster until you get carried to the outer limites of a universe that appears to be your inner self. Marty’s vocals becomes the vessel for celestial incantations that plunge you into vibrations that are soothing and shimmering as sunbeams on a winter day.