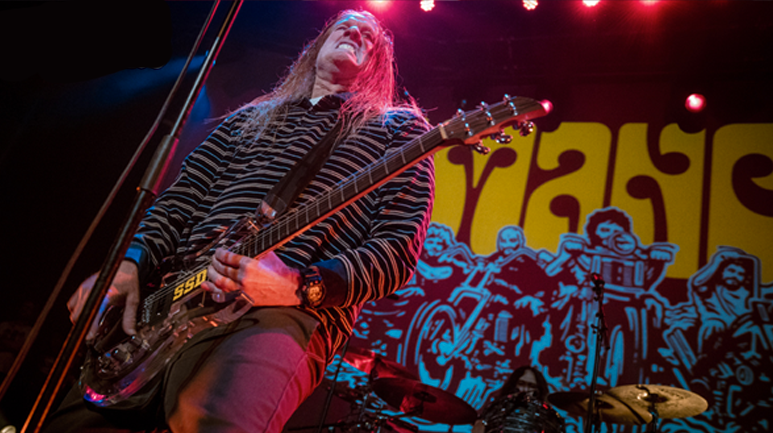 Pete Green inda house!! I’m only two days late, I didn’t miss too much, right? It’s good to see you, Camden Town, it always is. Now, let’s get down to business… The queues outside the Roundhouse beckon forth a very special day of prime desert noise this fine Sunday of DESERTFEST LONDON VIII. (PHOTOS: Miguel de Melo)

After a swift pint to soften this giant venue’s wood n’ concrete grandeur, the peerless COLOUR HAZE spark into life and immediately fire into top gear. The charming, ghostly vocal tones ooze as ever from Stefan Koglek and fill the room as he and his three fellow Hazers grace the main stage with a true psyche masterclass. Delicious motifs, mountainous riffs and Manfred Merwald’s magnificent fills dominate the senses as CH plough through an hour of gorgeous songcraft and meandering krautrock, inter-laced with the quite brilliant Philipp Rasthofer’s bassy desert grooves. The longer the German four-piece play the more intricate they become. The delicate swathes off sound become a waterfall of interlocking beauty as Jan Faszbender’s hammond organ interlaces with Stefan’s oodling, chiming riffs to form a harmony more powerful than anything CH could ever confine to a physical vinyl. Simply stunning stuff and this display is frankly far too good to allow Colour Haze to be an opening act here… Not that I’m complaining! As the Haze ends with the timeless genius of Tempel, Stefan comments: “One hour is really very short.” And with this older, heavy grooving concoction on display to end a sublime hour of live music, you have to contend that he’s far from wrong. 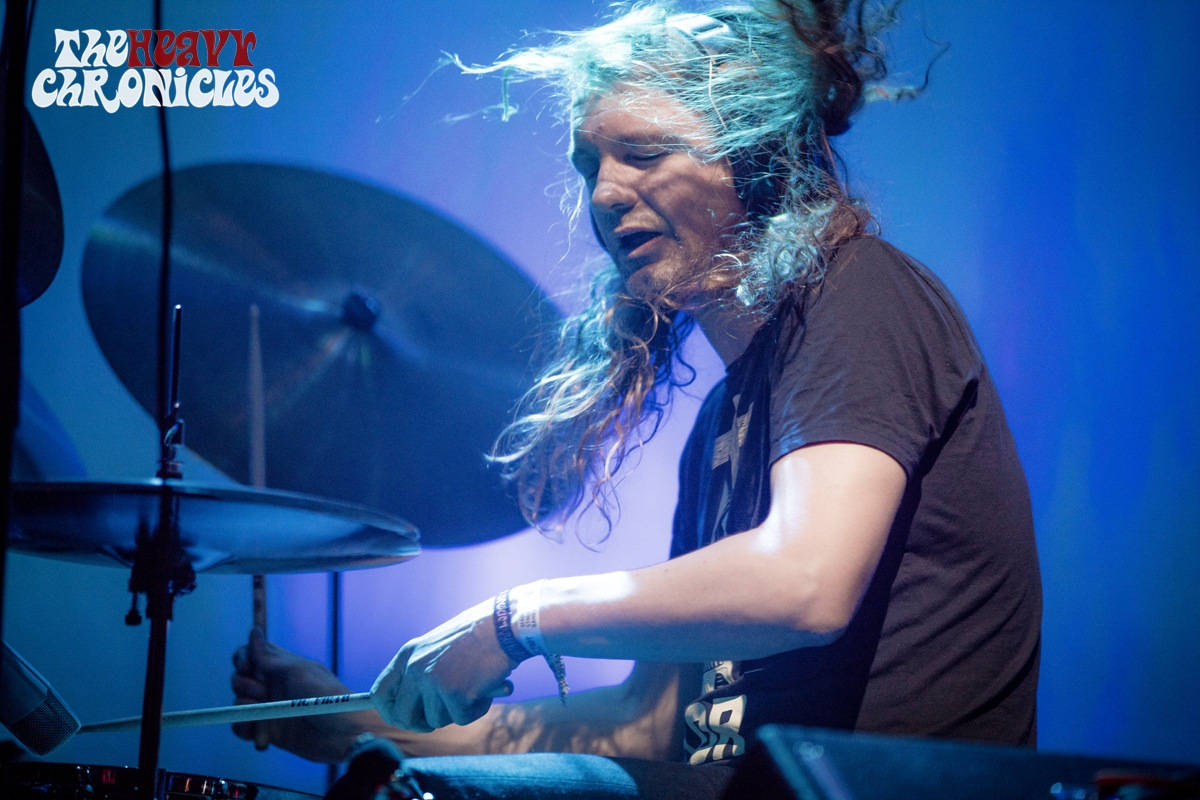 What could top that? Well hold on to your granny pants as it’s only EARTHLESS up next!! The San Diegans start off with a rather muddy sound levels mix on the likes of Black Heaven and Electric Flame but by the time Gifted By The Wind and a titanic 30-odd minute long Godspeed hit next, Isaiah Mitchell’s guitar is shining like a lightsabre in his hand and Mario Rubalcaba and Mike Eginton are glued together at the hip in rhythm as usual. Cosmic jams? Check! Riffs the size of Jupiter? Check? Drums for days? Check! Psyche rock at its finest ladies and gentlemen, so get outta town and outta space. Godpseed continues on for what feels like 6 or 7 days as Mario edges through every rhythm known to humankind before the sweaty trio retire, once again thoroughly triumphant.

The hairy biker-men-from-Mars appearance of WITCH sends the mood in quite the opposite direction with stodgy doom riffs like Hand of Glory and Rip Van Winkle. Sticksman for the evening J Mascis and co strike an imposing balance as they sway the Roundhouse with their gloomy, sickly odes to the Sabbath. With their super-group line-up completed by the crazy-talented Graham Clise, and the hair-drowned Kyle Thomas and Dave Sweetapple joining Mascis on drums, there’s perhaps the sense that the ceremony and reputation of Witch is what puts them on a par with the likes of Earthless versus their two-album-limited back catalogue as the foursome rarely seem more than the collective strength of their four parts tonight, for me. But all that said, it’s hard to argue with the majesty that is Seer closing out their proceedings, the Roundhouse going suitably bananas in response of course. 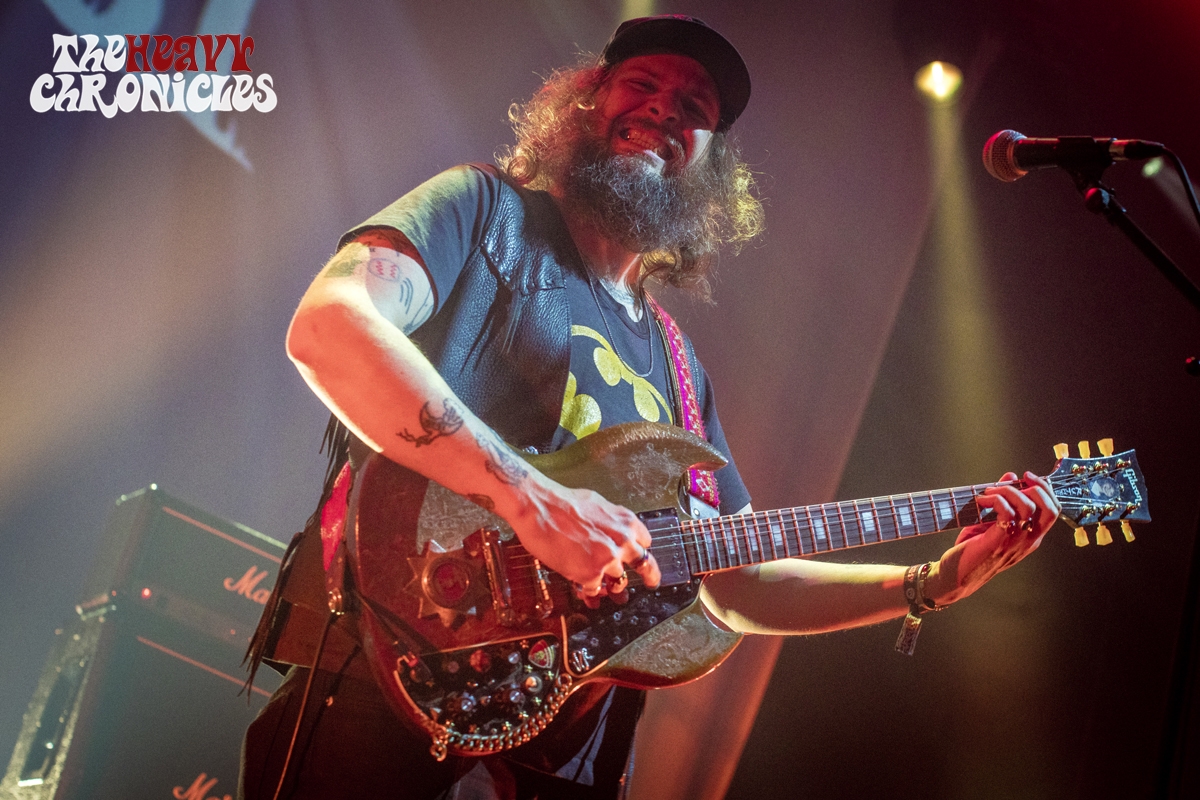 After a much needed rest stop for around an hour, the lights go down and the enigmatic ALL THEM WITCHES pull us all under their sombre spells. As charming and talented as Ben McLeod, Charles Michael Parks and Robby Staebler are, it’s hard to argue they don’t miss the completeness and progressive edge of their previously four-strong existence, but songs from their recent ATW record flow through with a gentle serenity that defies their years. When they do kick it up a few gears, on the likes of Alabaster, ATW have the Roundhouse in the palm of their hands, with McLeod’s sickly fretwork marrying to Parks’ baritone with ease. However with many of the crowd tonight baying for either a Boogie Van or simply more heavy psyche, there are surely more heads that could have been a-banged here by the US now-trio had they delved deeper into their pockets beyond their latest full-length.

With a cold pint in hand, and a position delicately in front of centre stage secured, it’s time to tuck into the headliners we’ve been waiting for here in London since Desertfest began all those eight years ago: the ever mighty FU MANCHU. With these desert legends of the California sands, you always know full well what you’re going to get on the live stage, but the pleasure in receiving it is still all ours as Hill, Balch, Davis and the frankly on-fire Scott Reeder behind the kit plug in, fuzz up and slam into oldies-but-goodies ‘Pigeon Toe’, ‘Regal Begal’ and ‘Eatin’ Dust’. Plastic glasses fly, long hairs mosh and the stoner stalwarts rejoice as the polo-shirted foursome marry up the likes of mainstay classics ‘Evil Eye’, ‘Squash that Fly’ and ‘Lazerbl’ast’ with newer cuts like ‘Dimension Shifter’, ‘Clone of the Universe’ and even the first couple of minutes of the humungous ‘Il Mostro Atomico’. 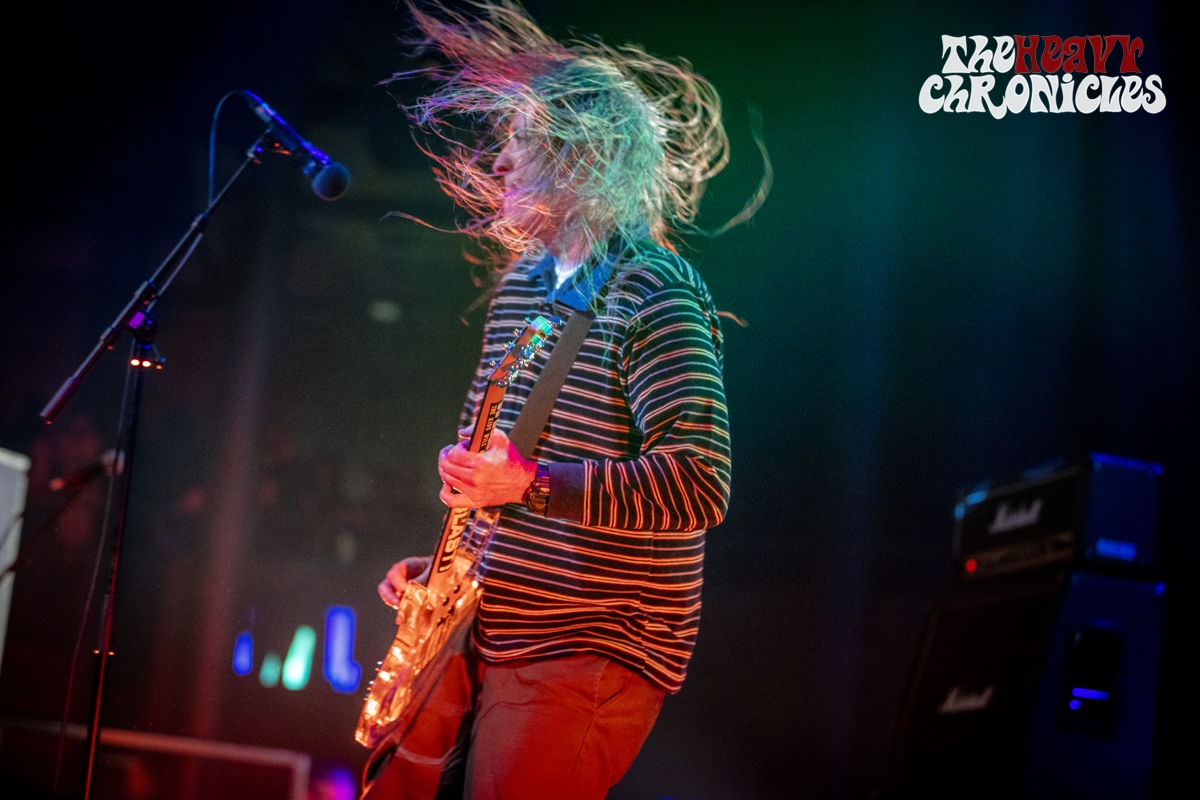 Scott Hill might be getting on a bit now, but even though he’s never really been one for between-song patter, he still grooves and slams his guitar around like a 20-something as his noble wingman Bob Balch solos the night away atop the frontman’s quarry of fuzz guitar. Ending with (what else?!) ‘King Of The Road,’ the giant ‘Saturn III’ and THAT ‘Godzilla’ cover, there’s a solid sense of satisfaction at getting exactly what you came to see and maybe even a few extra surprises mid-set from the ‘Chu tonight. All banger, no clanger.

And so that was Desertfest London VIII ladies and gents. As we swill a few more Camden Pales until the early hours in the Black Heart at the notorious, infamous and thoroughly infectious DJ Rich Harris after-party surrounded by happy punters clad in back and denim, you stop to think… Do I really have to wait all year to do this all again? Oh well there’s always Antwerp, Berlin and even New York these days to repeat the whole shebang in the meantime! Stay silly Camden, see you next year!