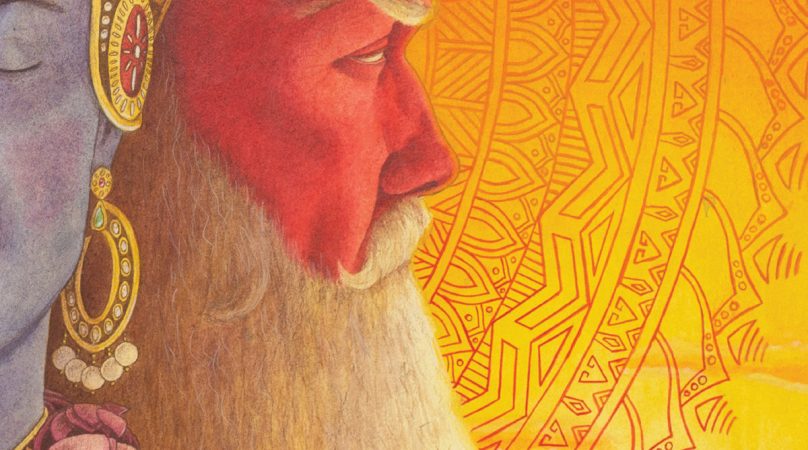 It’s been a decade now since VALLEY OF THE SUN have been striving to highlight the Rock into their Stoner. With fire in their bellies — the same that makes you sweat at a rock show. Their previous full-length “Volume Rock” set the bar high with a stunning artwork, roof-blowing levels, and sharp, intoxicating grooves. By dint of vintage and cosmic meanderings, we almost forgot that stoner rock music is foremost meant to electrify our weedian spines. Even though it overall sounds hazier,  “Old Gods” makes no exception to the rule. This is their second release on Fuzzorama Records (also home to Truckfighters and Deville), sticking to the Swedish powerhouse’s signature sound.

Opening title track depicts exactly what I’m saying: after a minute long build-up, the band goes all in with a martial drumming that keep whipping the lazy, languish guitars. The production is clean and powerful and bolster the idea that they have now found a balance between smoke-filled atmospheres and a thunderous energy.

Hereon, VALLEY OF THE SUN glibly switch between fiery tracks and instrumental skits — those sonic digression allows them both to experiment and resume with greater intensity. These breaks have two advantages: they subtly shade the album, and also prevent the band from digressing too much on the fiercest tracks. This way, “Dim Vision” and “Firewalker” are strong, concentrated stoner bangers about to blow up to your face. The single “Means The Same” follows the way, while “Faith is For Suckers” may not be as energetic, but gets all feverish thanks to an elementary groove that Bruce ‘more cowbell’ Dickinson wouldn’t disavow.

This album will definitely satisfy all old school Truckfighters fans, who started feeling like orphans from the moment the Swedish trio got lost into more tedious sonic meanderings. VALLEY OF THE SUN don’t bother with such thing, they go straight to the point. They get things done, and you have to give them credit for that!

However, the dense and massive production that characterizes most Fuzzorama releases also have some downsides. Obviously, it’s perfectly flawless and will hammer your eardrums until deafness, yet it sounds almost surgical and even too polished at some point. The band borders on peaks without never really taking off — in the same fierce stoner rock vein, Sasquatch managed successfully last year.  Never mind, people: with such a collection of bangers, VALLEY OF THE SUN have everything to make a proper sonic deflagration on the Valley stage at Hellfest this June 21st. Calendars marked!