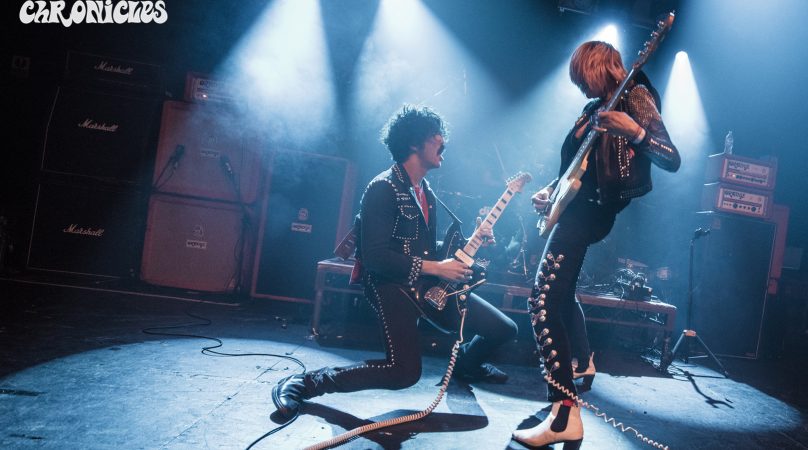 Some festivals give you a cold and sober bitch slap whereas you’ve barely made it into town, gripped by a horde of worked up and unfledged bands. DESERTFEST LONDON doesn’t work this way, and makes a point of warming you up smoothly with the finest rock merchants (The Great Machine), garage mongers (Blackwater Holylight), doom sorcerers (Vokonis) and of course, fuzz worshippers (1968) — for starters. (PHOTOS: Miguel de Melo)

As Eurostar dictated my arrival, I only step into the riff arena by 4pm, right on time for JAYE JAYLE. What better immersion than four piece’s atmospheric and classy dark folk, drenched in bewitching loops, dickdaylian delays and saxophone swirls. The balance between their soothing riffs, keyboards and angst-ridden samples is exquisite, but the heart of it all lays in Evan Patterson’s silky, hot barytone performance, at times reminding me of Mark Lanegan and Carl McCoy. This had me all warmed up like after a nice glass of Syrah, and I’m now ready to embrace this first day as it should. 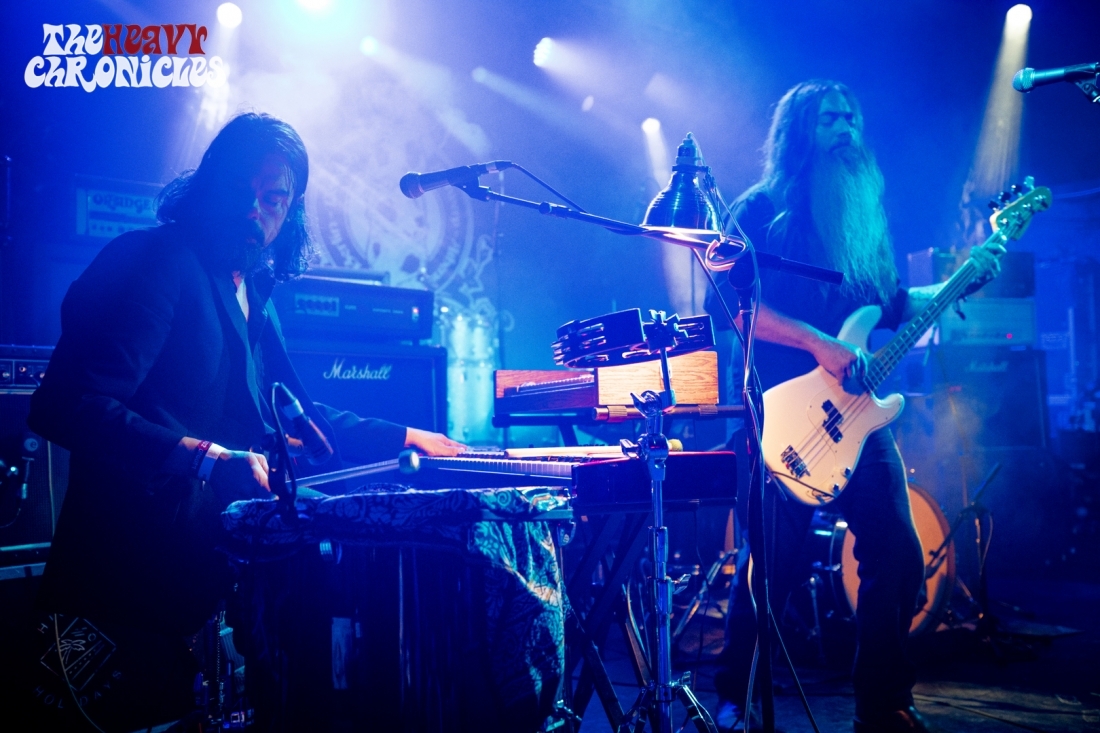 Heaven isn’t flawless though. As much as I’ve been eagerly awaiting for HHY & THE MACCUMBAS, I find it hard to commune with today’s brass-free lineup. However, two drummers echo each other with some nice tribal rhythms, while HHY mastermind and machinist Jonathan Saldanha is crafting a patchwork of noises, helped by a dancer equipped with pods and a voodoo mask. Turning his back on the audience, the latter delivers impassioned dance moves with such a hip swaying that would give complexes to both Mick Jagger and Rod Stewart. Rather unmoved by the performance, I retreat to the Desertfest’s heart: Greenland Place.

It’s already beer’o’clock here, so let’s keep the madness rolling with GREAT ELECTRIC QUEST‘s rad Sabbath-worshipping doom’n’roll. Boisterous as ever, the San Diego shredders like their banter sharp, while their own Fast Eddie Clark keeps hammering as many 80s-sounding licks as Spandex lovers can physically handle. Compared to the Ballroom’s shy dancing, the Black Heart crowd is going apeshit right now, ready to carry the frontman’s until the back of the room until they kick off a Motörheadized rendition of “Highway Star”. 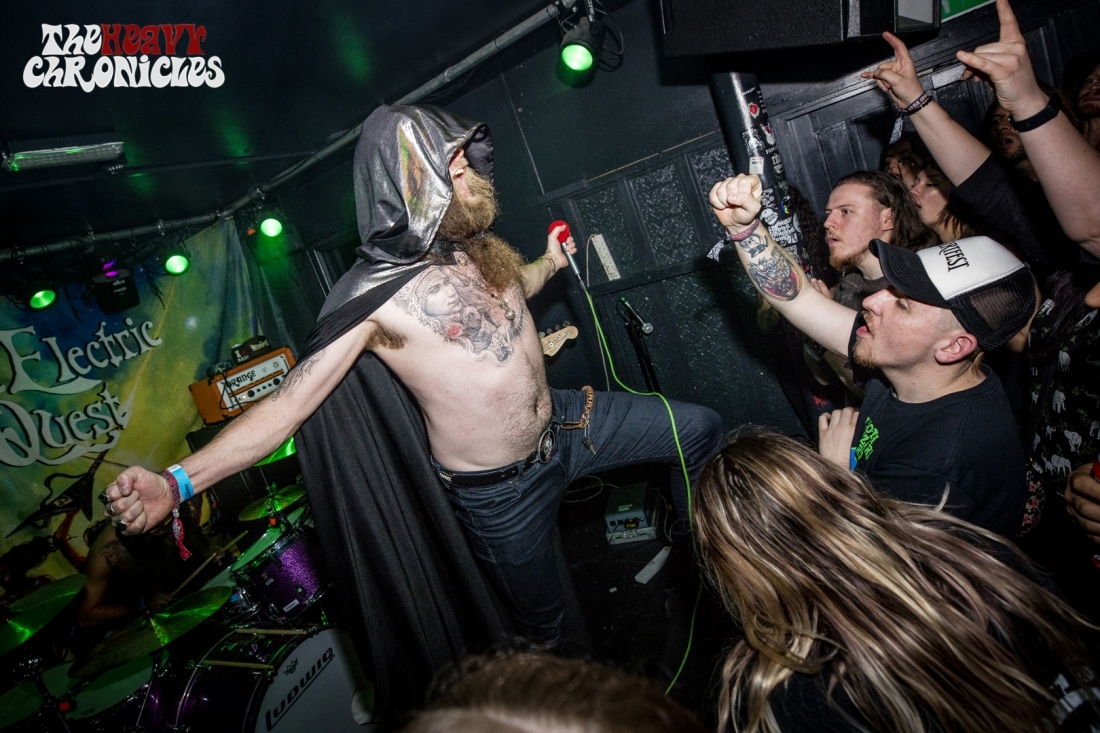 A deserved ramen break later, I sneak in a packed Underworld to see a band I was unaware of until now, and whom is about to make it to my top 3 acts of the weekend: R.I.P. The show is on when I hurtle down, yet the high quality vocals strike me right away. Let’s be honest, heavy doom vocalists tend to yell instead of singing, mostly because of a weak vocal range, but this scythe-carrying hairy freak right here? He nails it. Hailing from Portland, the four metallers deliver a spicy blend reminiscent of Sabbath, Purple and rock-era Beastie Boys. Endless solos aren’t your thing? Good for you, theirs are short, forceful and deliciously sharp. 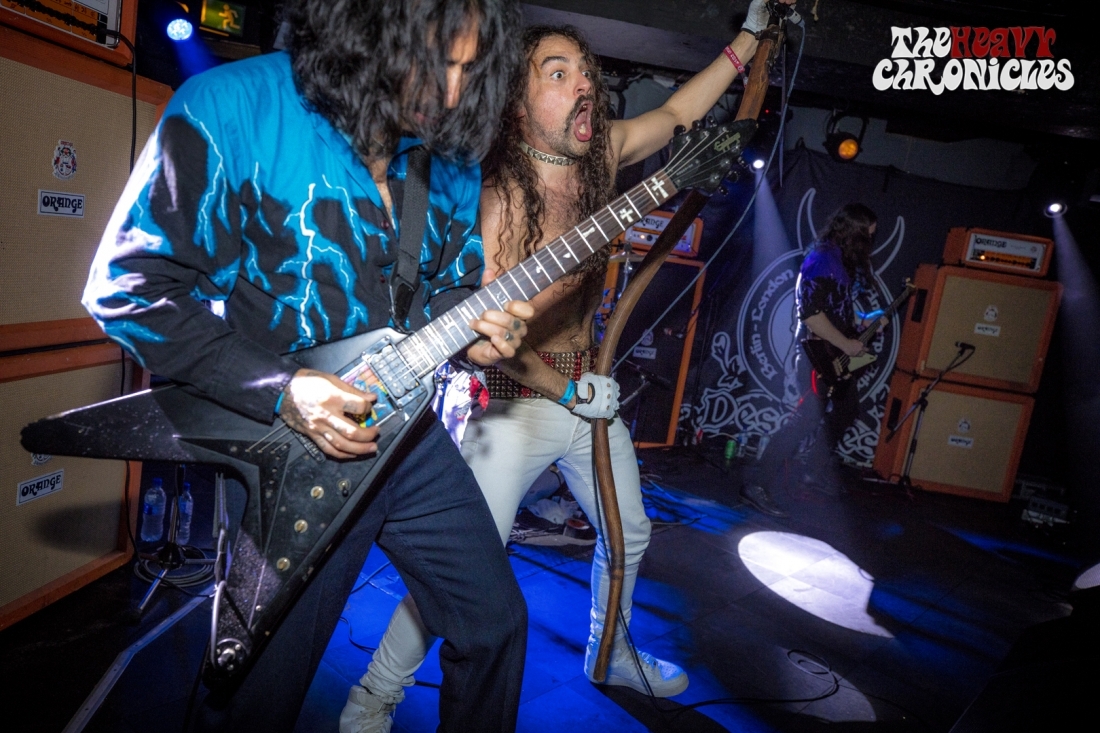 Time to dash back to the Electric Ballroom for a healthy shot of atmospherical intros, shuffles from beyond the grave, and new-wave sexy and thunderous vocals: WOVENHAND. I missed them each and every time they played a festival, so I’m in for thirty intense minutes of fangirling, before I get carried away in one of those random blabbers with Glad Stone Fest promoter that even the finest post-apocalyptic country wouldn’t beat.

I stay a bit longer until OM kick off, enough to binge on Cisneros’ trademark mass-friendly vibrations. The venue has quickly turnt into a huge smoke den filled with a mesmerized crowd, nodding along independently of their own will. In the blue shadow, the sound guy unremettingly polishes the prophet’s bass tones… 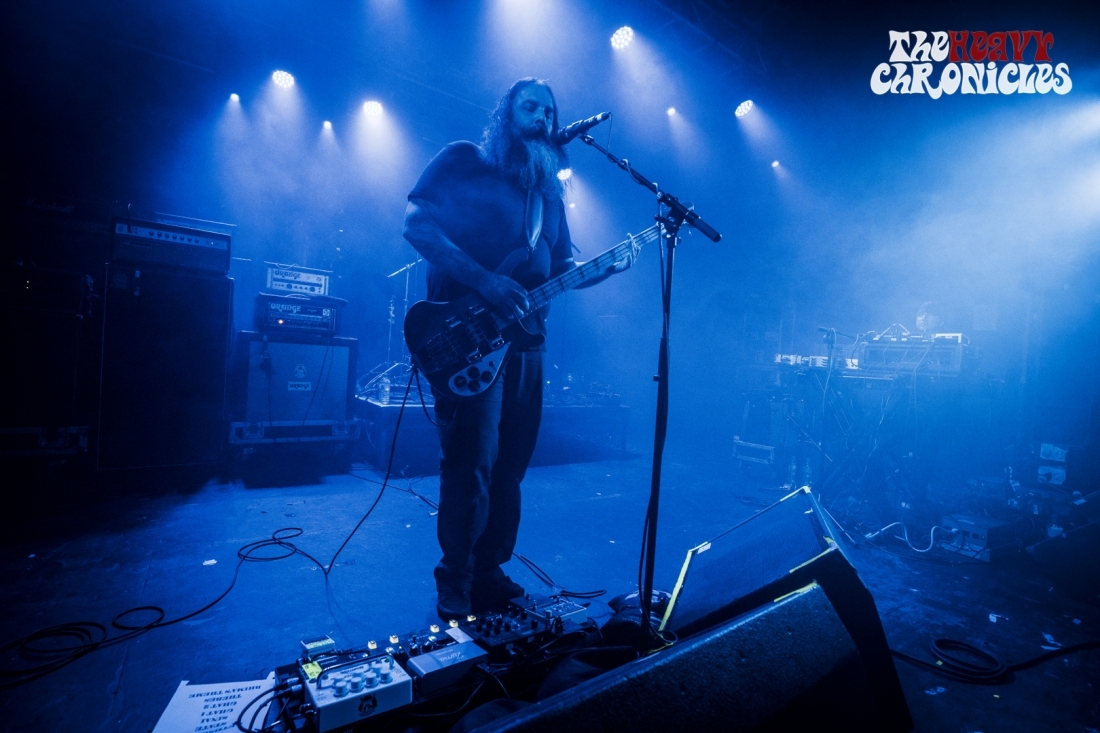 Back to the Black Heart (and reality) to catch a cheeky bit of Swedish darlings SKRAECKOEDLAN. Those stampede riffs masters have easily won over the audience, but I’m struggling with sleep deprivation and will save the “shameful afterparty” joker for later, heading off to the hotel…  wait, Dev is on the way home… Okay, one last pint won’t kill me, and to be fair, cider isn’t really alcohol…