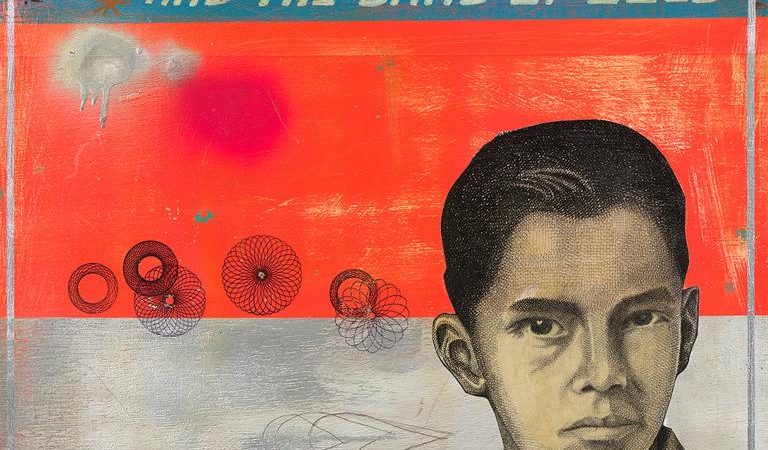 “With a little help from my friends”. This could have been the album title, the story of a reunion. I had to sink my teeth into this largely anticipated new album from one of stoner rock’s godfathers JOHN GARCIA. As a bonus, he previously run a full European tour including three French dates —  something unseen before.

I must say that Garcia had progressively drawn away from my turntables overtime, a bit like his eventful relation with the music industry — for only the ghost of his past glory and trademark voice remained intact to me. A leading figure and icon who is overall more respected for his past work than his more recent outings. His 2014’s disjointed eponymous record and last year’s ‘by-the-fire’ joke were enough for me to have reservations about the new one.

After quickly introducing his high-class backing band, Garcia delivers as expected: badass riffs, fuzz-laden boogie, catchy funky grooves and loads of rock crooner’s soughing.  It sounds like California in all its brightest clichés (“Chicken Delight”, “My Everything”), and for want of reinventing the wheel, his songs rock and you will even find yourself tapping your feet along the rhythm. Well, I could have written that for pretty much any post-Kyuss release after all.

So what has changed, you ask? Nothing per se, yet everything he has been so revered about is taking a new level here. His trademark sound oozes throughout the whole record. He seemingly found salvation through complexity and bitterness: stuck in production dead ends, the coyote called upon his long-time friend Chris Goss. Thanks to a straightforward songwriting, Chris Goss produced some sort of channeled Unida performed by a background band whose purpose is to highlight its frontman’s highly recognizable vocals. As for John, he seems to be on top of his art and happy to be here, as if the brunt of time hasn’t taken a toll. Good call, because it was double or quits. It takes some guts, humility and soul-searching to breathe a new lease of life into such a fragmented career.

To be honest, aside from his Brant Bjork-produced Vista Chino digression, the stoner crooner just delivered his best effort to date since Unida’s ‘Coping with the Urban Coyote . With Chris Goss and Garcia reunited in the studio, we nearly have dreams of blues for the red sun. “With a little help from my friends”… Welcome back Mister Garcia.