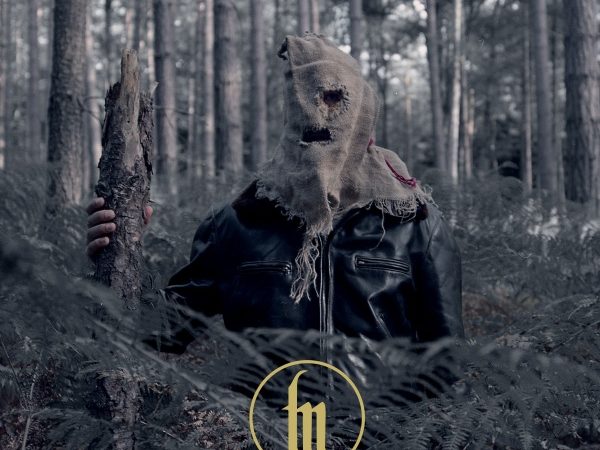 For once, here’s a fucking great release coming from a band reunion — far from the usual boring collection of songs that inevitably leads to a reunion tour, with no other purpose than performing some old tunes without any drive or fire. LA MUERTE are just the opposite.

Firstly, there guys were pioneers of industrial metal, long before the likes of Ministry and followers such as Manson and Rammstein would blithely copy without even giving credit to the Belgian outfit. Secondly, LA MUERTE never made any compromise and always followed their heart, even if it meant scuttling their career in place of touting for major labels to get famous.

After a 24-year hiatus, they return like zombies resurrecting in the wake of years of sick-minded incantations, with a brutal-as-fuck new album that would give the chills to the best horror writers.

LA MUERTE reveals itself like the nastiness deep down each one of us — imagine a club where all the cheap music, fun and pick-up attempts got replaced by man hunt, warnings of mankind extinction, each head being a potential trophy to the glory of Death.

While you are roaming in post-apocalyptical lands, you come across a camp lit up by a blazing fire, hearing mad screams — those sounds are the visceral soundtrack to the story, it’s ‘La Muerte’. Remains of the ancient world and uncooperative denizens are burning in this inferno lit by said entranced zombies. It’s not the shelter you thought, and you now must yield to their way fo life, overwhelmed and literally consumed by truckloads of hallucinogenic drugs. Like another clone of uncle Al, you give way to LA MUERTE’s tribal sounds to your absolute… delight.

Risen from the dead, the Belgian deliver a year-end banger, without causing any feeling of nostalgia or overdose. Let’s now hope there will be some touring to kick our butts even stronger.