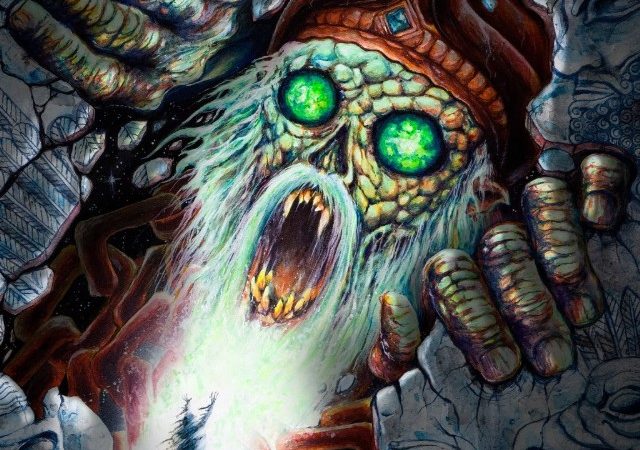 Future President Matt Pike hasn’t kicked off campaigning yet, but he’s already standing on all fronts. New Sleep album was released just six months ago – accompanied by a few live shows with his various bands – and here is again with HIGH ON FIRE‘s new fully-loaded full-length “Electric Messiah”. And no one is gonna complain.

Especially when the trio is back on such olympic form. Matt Pike himself heaps praise on what he regards as their best work to date. When pushing ‘play’ leads to high expectations. However, there is no upheaval here, with Kurt Ballou’s heavy-as-hell production and Des Kensel’s whirlwind of bass drum and floor tom. On Pike’s end, thick riffs keep being delivered one after another. One needs to know that the man is a versatile guitarist, way different from what he does in Sleep – like another musician playing on a different rig and wider ranges, as proven by his trademark stampede solos. Above all, High On Fire is Pike’s brainchild, and he is well and truly in command here.

With his deep gravelly vocals, Pike proves once again that he’s not only Lemmy’s disciple, but a fully-fledged artist with his own craft and obsessions. The title-track certainly is a great, respectful tribute to the late Motörhead, however the rest of the record keeps plunging us into a fantasy and mythology-laden world, as if the Bible and Lovecraft unexpectedly merged. Expect “a rock opera about the Sumerian civilization and its origins” (“Steps of the Ziggurat/House of Enl”) or stories about witches and men-dog (“The Witch and the Christ”). Some crazy theories about conspiration that Pike probably barely believes, which provide a fabulous breeding-ground for the sci-fi and fantasy fiend he is.

This new album shines through its multiple genres, pretty much unlike the previous record. Frantic cavalcades are legion, yet the tempo gets spared through a few breathers, as if they intended to probe mankind’s abyssal depths (the 10+ minute “Sanctioned Annihilation”). The mood even gets bluesy and moody on closing track “Drowning Dog” – a song Mastodon wouldn’t disown, and which drumming finally give some space to a quite dense record.

Anyway, the Church of the Holy Heavy-Punishing-Sludge isn’t short of apostles – just listen to Mantar or Black Tusk. With this new album, Matt Pike gives all newcomers a reminder that he is the electric messiah, and he’ll still be there for a long time to deliver the Riff god’s message.