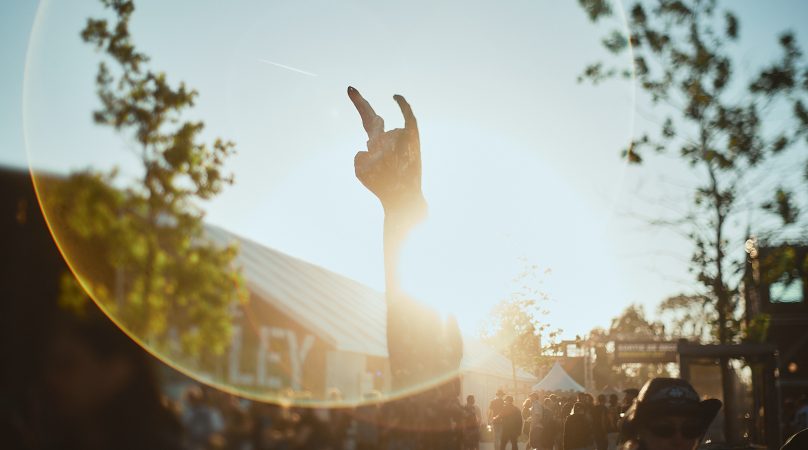 On the second day of Genesis, our preacher Lord Ben decided that they had enough of a foretaste and it was about time to put his believers’ ears to the test. The Saturday at HELLFEST 2018 opened the path to hip-hop on the Valley stage and nu metal revival on the Mainstages. So, did cobblestone get smashed to pieces? Story will tell… (PHOTOS: Gaël Mathieu)

Now that I’ve properly got into the groove of Hellfest, today gets off to a flying start with BLACK RAINBOWS. Well renowned among the European stoner rock community, the Italian trio are opening the Valley stage for 30 minutes of invigorating riffage. No fuss given, Gabriele Fiori’s gang go pedal to the metal and, as the tent gets filled, we realize that their songs not only are cut out for the stage, but they are perfect on bigger stages like today at Hellfest. Now for a good start! 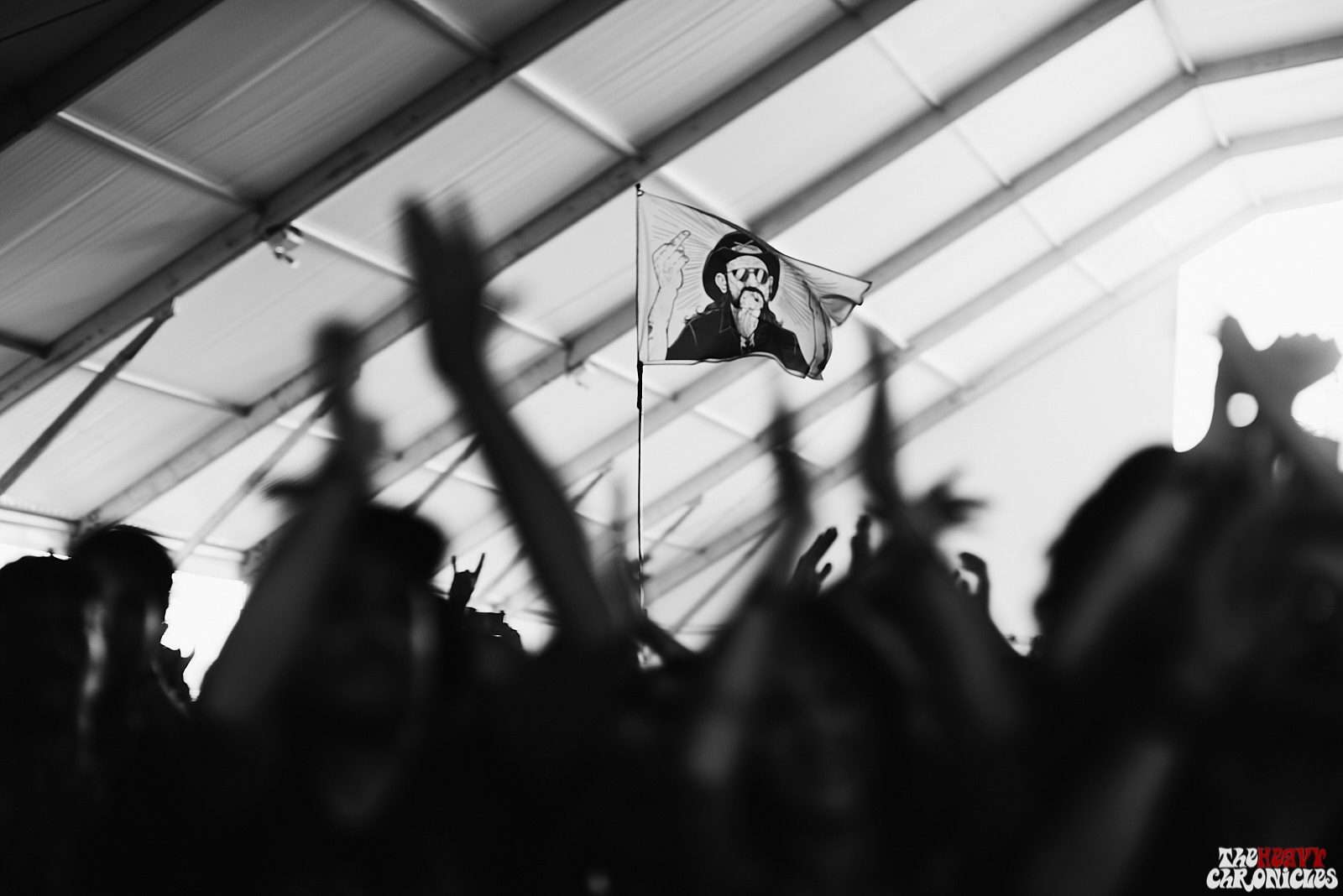 Here’s a band whom we mentioned bazillions times here on THC, and who are making their second Hellfest appearance: Sweden’s very own MONOLORD. Their show in Nantes this winter reached the top of my “gigs of the year” list, so you bet I was looking forward to seeing them. Can you imagine that the trio only needed three songs to win the crowd over, when others do that within a 2-hour set? After barely one song to warm us all, the drony sounds of their “Rust”steamroller echo across the tent, crushing us all before a 15-minute final on “Empress Rising” follows through the Valley’s absolute destruction. We want more! 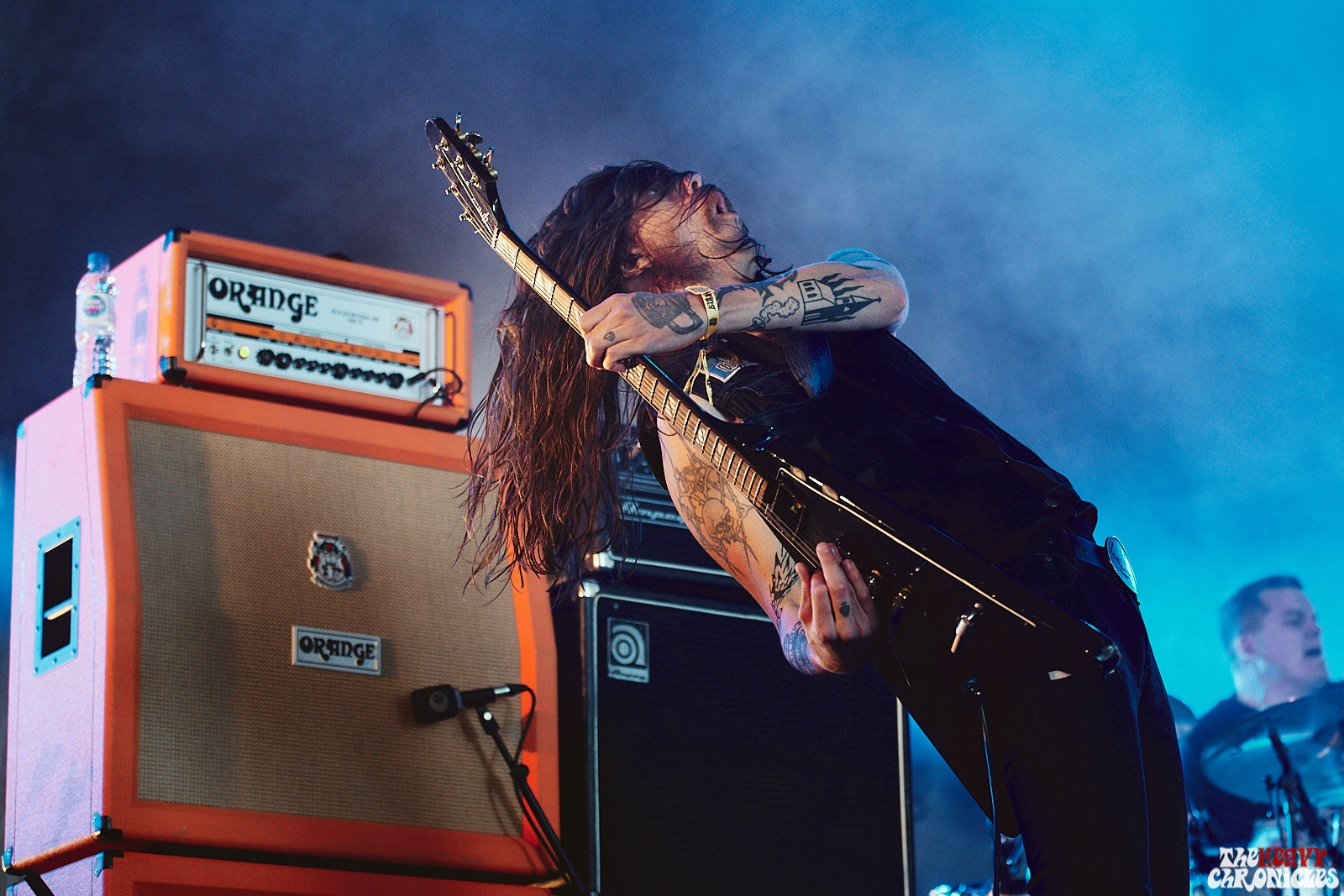 No encore for the Swedish, so I head off to watch GET THE SHOT on the Warzone. ‘Yet another US hardcore outfit to start the day…’, you say? You have no idea. We’re talking about Tabernacocore ©, guys. Closer to thrash crossover than traditional hardcore, Get The Shot discharge their infectious fury while crowd surfers relentlessly fall from the sky… until their frontman comes and joins the fun! A big slap in the face, the Warzone way!

Now is the time for Greece’s stoner rock torchbearers 1000MODS to take over the Valley. I’ll spare you an unbearable suspense: this was the best Valley show of the whole weekend. Then what? This band is purely and simply the Mediterranean version of Fu Manchu, releasing even more warmth through each note of their groovy, sexy rock, helped by catchy melodies and infectious riffs. This is one stunning performance, getting us increasingly addicted throughout the set. Closing on “Vidage” and the endless “Super Van Vacation”, the Greek delivered the most enjoyable performance I’ve seen in years. I already loved their albums, and I just fell in love with this band, already waiting for them to return to France! 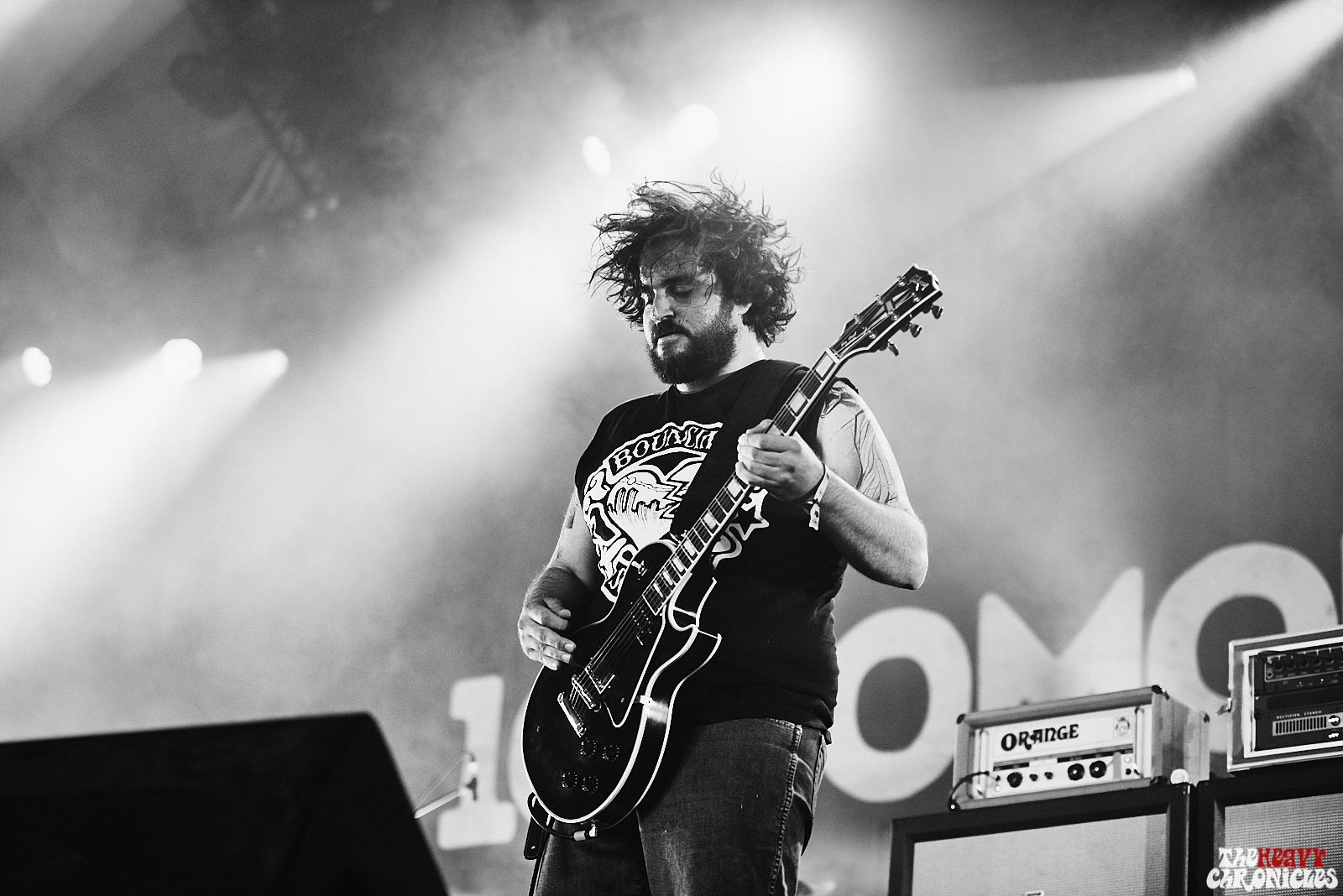 Prepare for a different kind of vibe on the other side of the site, with hardcore breakthrough kids TURNSTILE! Blending Snapcase’s energy and vocals with Fugazi’s melodic songcraft, Turnstile make Get The Shot sound like a doom band. With over twenty tracks in just about 35 minutes, the Baltimore punks get out of stage ten minutes before the end of the show, leaving us more washed out than after a 2000 rpm laundry. If hardcore fans were looking for a new torchbearer, they just found it. 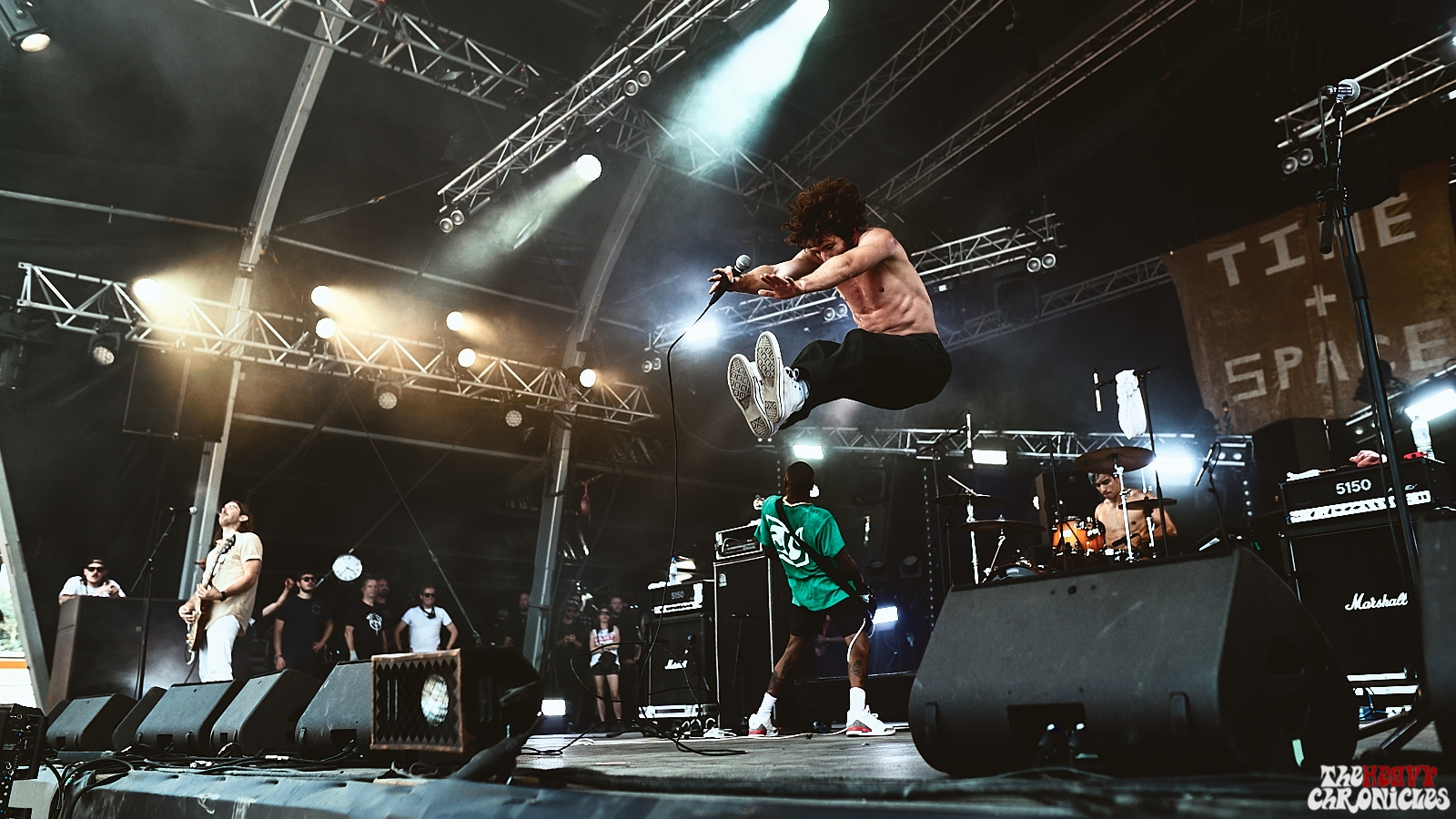 We just spent the morning going through a sonic whirlwind, and each band literally outdid themselves, so I feel like it can hardly get any better this afternoon. This is the time the promoters chose to check if the most eclectic metal festival also has the most eclectic crowd. New Jersey’s electro hip-hop punk duo (in no particular order) H09909 get down to it straight away. Definitely not the usual Valley vibe, yet the tent is packed and everyone’s going apeshit! I may not spin their tunes at home, I must admit that they set the Valley on fire! Hats off!

I stay to watch a band who has caught my interest lately: DÄLEK. This alternative hip hop project blends so many influences that listing them would be longer than the queue at the merch. Far from an inaudible hubbub, we’re being treated to 3-star gastronomy here. I like the dark vibe and Godflesh-like sound… unlike most people who’re starting to leave the tent. What a shame, this was a stellar concert. 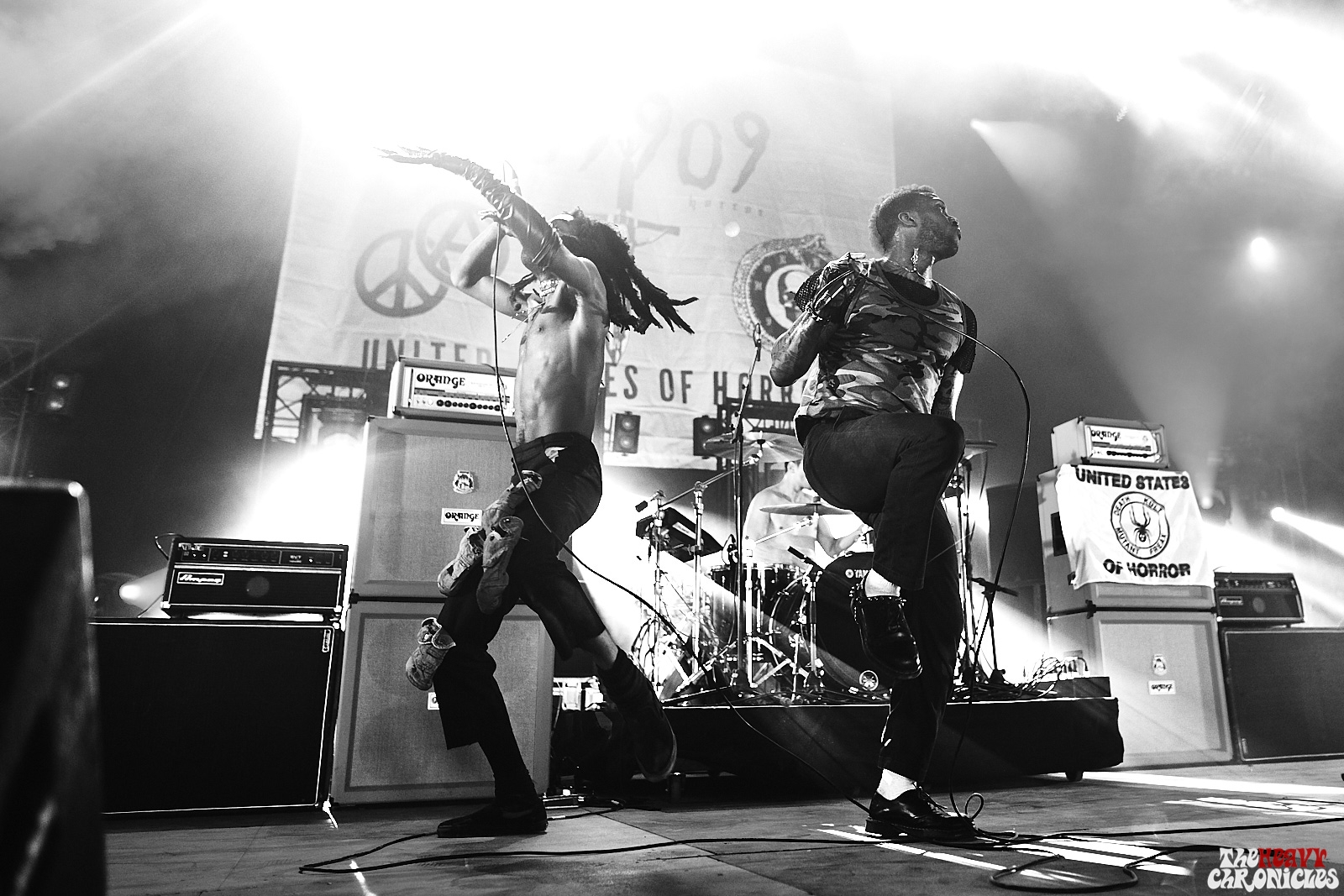 No time for Terror (who are Hellfest regulars), I head over Mainstage 2 for the long-awaited return of Ice Mothafuckin’ T and BODY COUNT, who pretty much beat a record for attendance at the Warzone in 2015. The show kicks off on a cover of “Reign In Blood”, creating a sudden wave of crowd surfers for starters. The setlist gives prominence to the last two records, with the likes of “There Goes the Neighborhood” and “Cop Killer” cranking at full blast throughout the site. I know the experience was radically different from the back of the crowd, but I guarantee you this was one hell of a show overall, making everyone ask for more.

As mush as I’d like to mingle with the crowd to reach the Valley, DEFTONES just started on Mainstage 1 and I’m definitely not in a hurry, getting all nostalgic now. Chino Moreno may have drastically aged, yet the sound and vocals haven’t changed in twenty years, and we’re thrilled to hear “My Own Summer” or “Around the Fur” like in the good old days. 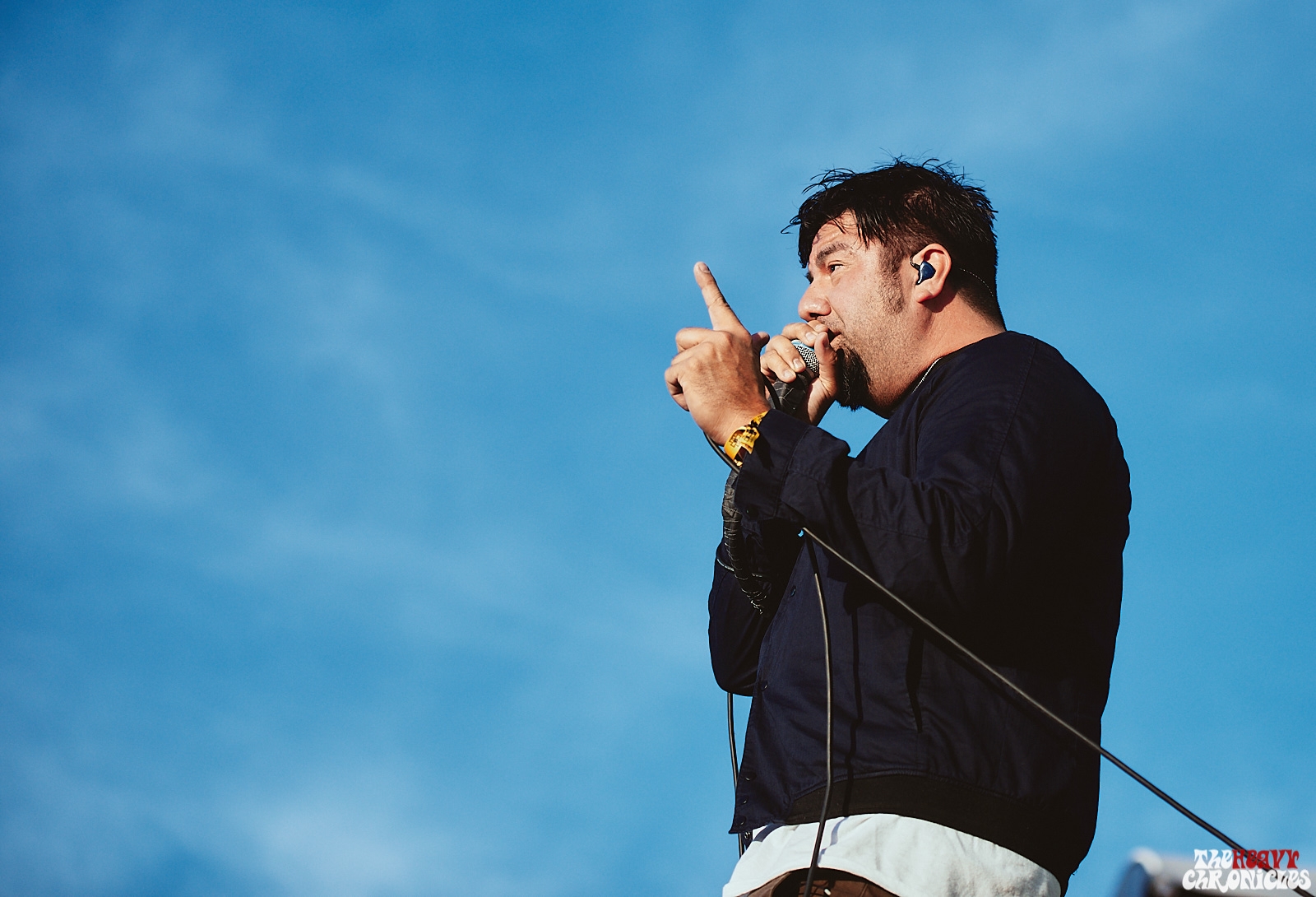 Enough nostalgia, it’s time for a young and completely unknown act on the Valley: the new misdeed from Faith No More frontman Mike Patton and former Slayer David Lombardo. Sir Patton released so many nutty (and sometimes inaudible) side projects that you can be apprehensive of DEAD CROSS‘ performance. It may be hardcore-laden, it may actually do the job on a festival stage, Patton still shifts from clear singing to primal screams in a blink of an eye, Dead Cross doesn’t unleash passions. Most people will say “they were alright”, because, you know, it’s Patton. It wasn’t a heart-stopper though. They didn’t even play the last quarter of an hour… Must work harder, as teachers would say.

At the other side of Hellfest, CRO-MAGS defo have nothing to prove. NYC hardcore pioneers return to Clisson for the first time since 2009, and they haven’t lost a bit of their legendary fire. They cause a Force 7 circle pit that could have swept everything away in its path and make the cobblestone fly. A successful return for Jon Joseph’s gang! 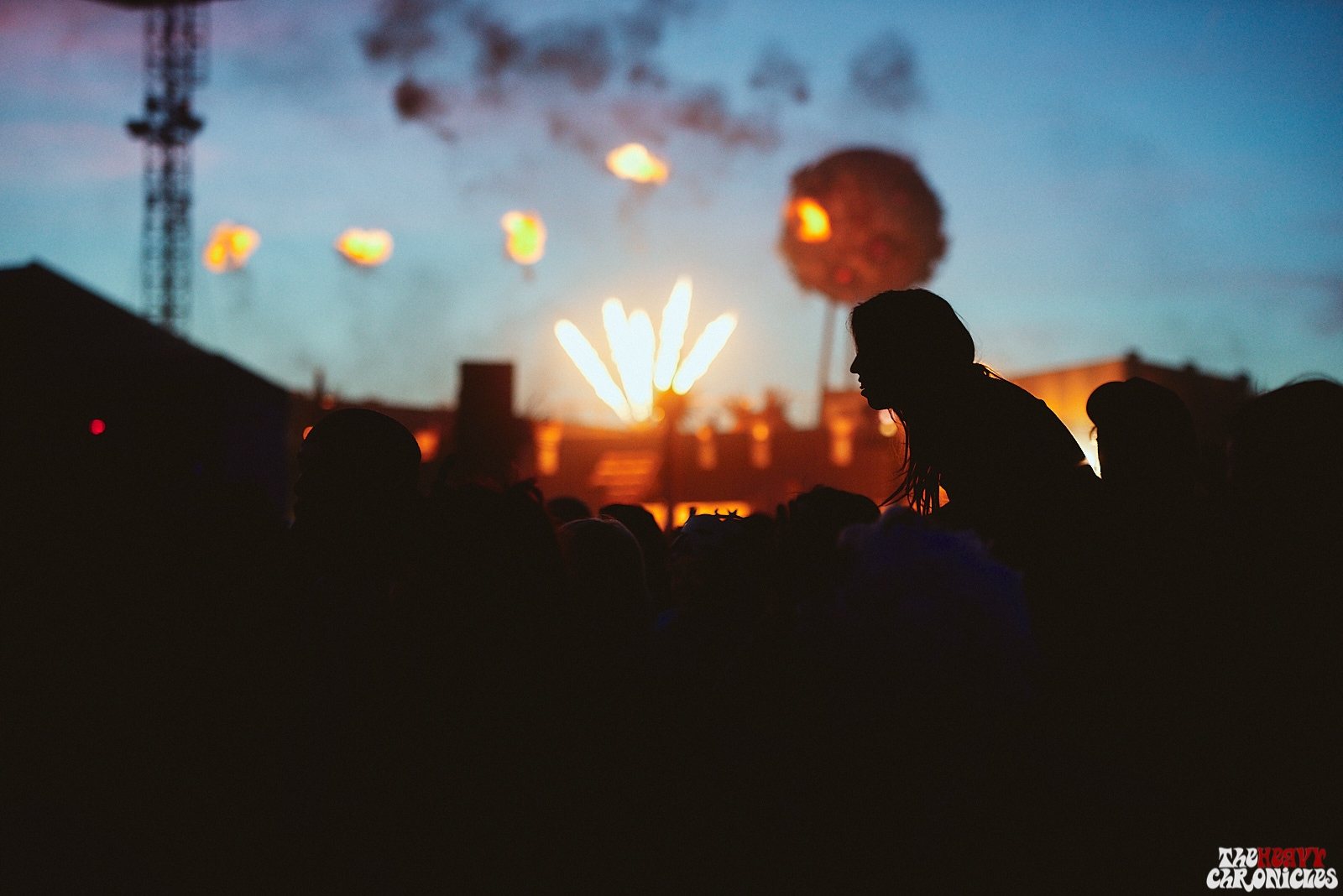 This second day is coming to an end, yet post-hardcore/sludge forerunners NEUROSIS are yet to commence hostilities on the Valley stage. This is quite an event as they never come to France. The crowd is scarce at that time of the night, and well, them who are missing don’t get the vote. I’m hardly getting into”Given To The Rising”, but the rest of the set happens to be a trip in the depths of my soul, with a mind-blowing and massive finish on “Through Silver In Blood”. After such a sonic journey, I can think of anything and head off to bed, my mind and ears filled with Neurosis’ devastating anthems.

The Hellfest promoters play the sonic oddities card this year, and today proved that non-metal music – whether they’re far from the punters’ jurisdiction or not – can definitely be part of a metal festival’s lineup while being largely acclaimed by the crowd. Tomorrow will prove it again, to be continued.