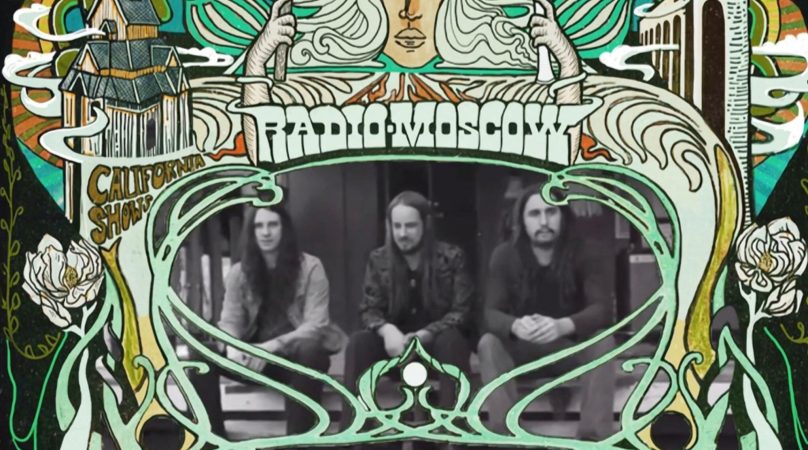 The Heavy Chronicles is on tour tonight and rather far from home it must be said. San Diego, California is of course a hotbed of psyche, boogie and rock of the highest order and tonight’s RADIO MOSCOW show is simply not an opportunity we can afford to pass up – let’s just say we were in the area!

The Casbah club is a classic, mid-sized, sweaty divebar not far from both Downtown and the luxury yacht-filled marina, and it’s musty stench of both D10 and spilt beer mixes perfectly with the poster paste that’s slowly peeling itself away from the walls as we arrive to catch a little of PETYR. The four piece seem fairly nonchalant on stage tonight but Nick McDonnell’s cruising beats bring forth a Sabbath laden vibe that’s also reminiscent of both Horizont and Saviours together in the prime. Building chugging rhythms and hazy vocal-led mantras the quartet, led by the delicate stylings of guitarist Riley Hawk (yep, son of Tony!!), saunter and then romp towards a conclusion that has heads firmly nodding in approval. A solid framework to build an evening off as we mosey on back to grab a second pint of Stone IPA. Other hipster crafts are available.

The double-organ-wielding (that’s what she said!) FEATHERSTONE are here to insert a little boogie into proceedings for each and every one of us and their 70s retro vibrations have grins across faces around the room from the off. Led by the large bouncing mane of their bassist, the fivesome romp through fields of Spiritual Beggars-esque power action rock with nods back in the direction of Focus and Can as the room begins to loosen and hips begin to sway to their cosmic ramblings. Catching everyone up in their Crosstown Traffic, with Radio Moscow’s Paul Marrone on keys tonight, Featherstone prove that despite a crowd that’s visibly thinned out, the synthesized groove is alive and kicking as much rump as John Lord once did.

The truth however is that tonight almost solely belongs to RADIO MOSCOW. Treated like the hometown heroes they are as soon as they hit the stage before a note has been played, the felt-waistcoated Parker Griggs leads the charge as the all-powerful power trio kick off on a rock rampage of epic proportions on ‘New Beginning’. Paul Marrone’s drumsticks fly about the kit as Anthony Meier’s all conquering bass grooves us away into the night. The room is packed as the Californians rush us through their authentically Hendrix via Blue Cheer bombast time after time with a guenuinity and sense of prestige that few acts today can match, with Griggs’ fingertips skimming across the frets like a dragonfly on a warm riverbed. A 250+ audience (including those “other” local legends Earthless’ drummer Mario Rubalcaba whom we spy at the bar) looks on in awe as riffs are tossed around like newspapers on a breeze and Parker’s earnest yet innocent vocal tone graces the room time after time. Closing out with a triumphant ‘Dreams’, there is little doubt that tonight was Radio Moscow’s night, but then I imagine that almost all of them are.

Based on this brief foray into the San Diego rock world, we can safely report that the scene here is as strong and vibrant as those sublime headliners were tonight. You just stay classy now, San Diego.