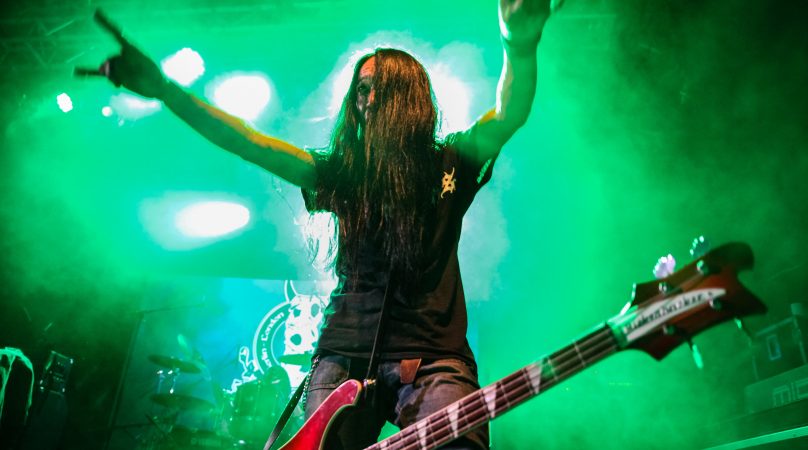 Ouch. Well that was one epic first day and my feet and head certainly seem to know as much! But, this is DESERTFEST LONDON and there’s no time for wimping around and so a sloppily cooked breakie is downed and it’s on with the show! (PHOTOS: JOHN WHITE)

A bit of cock rock to kick us off? Oh go on then! And with the ADMIRAL SIR CLOUDESLEY SHOVELL at the helm this ship is good to sail. Johnny Gorilla’s sweet, tasty licks are chock fulla rock and as thick as his mutton chops as they cackle over the Ballroom PA and rock this hazy crowd immediately into second gear. The hilarious Hastings mob’s Motörhead by way of Status Quo motorcycle riffing swagger is a winner each and every time and the perfect tonic for this afternoon’s gin n’ grin.

CHURCH OF FUCKING MISERY! Do you need any more of a review than that? Oh OK, Claire says we do so I better get to it… The Japanese masters of boogie doom simply take the Electric Ballroom in the palms of their hands and crush it into a tiny pile of cake crumbs. Line-up changes? Line-up schmanges. Being surrounded by three new Churchgoers is no distraction at all for Tatsu Mikami and co who blast through ‘Il Padrino’, ‘Make Them Die (Slowly)’, ‘Candy Man’ and a frankly monstrous ‘Born to Raise Hell’ before you’ve even had chance to catch your breath. Are Church the best doom band ever? Probably not quite, but this is sure as shit the best fun we’ll have all weekend. 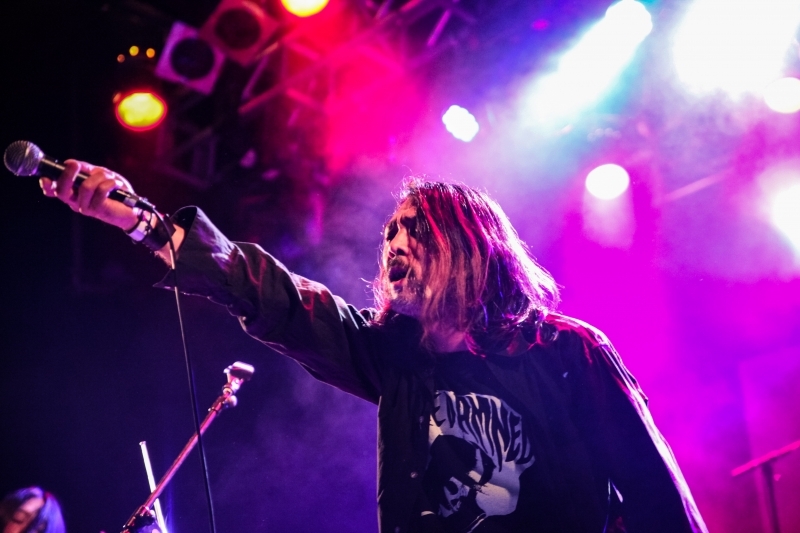 “Mankind is not kind, maaaaaan!” It can only be ‘God Luck and Good Speed’ and with Dixie and Shep at the helm, the Ballroom’s stench of weed grows ever stronger. North Carolina veterans WEEDEATER still pack a mighty large punch as pints fly and heads bang along to the stoner caravan of boogie doom through the likes of ‘Wizard Fight’ and ‘$20 Peanut’. A wild-eyed Dixie is on the form of his life and after coming offstage he wastes no time at all in getting to know each and every punter at the Black Heart. What a ledge.

Italian trio BLACK RAINBOWS are an utter revelation over at The Underworld. The high octane three-piece blast through an hour of chugging heavy rock with those heady vocals from Gabriele Fiori ensuring wall-to-wall stoner boners in the pants of every one of us in what has to be said is a very healthy crowd considering that Weedeater are playing across the street. Alberto Croce’s huge drums clatter through proceedings like a truck through an applecart and Giuseppe Guglielmino creates huge sonic bass surfboards for the rhythms to glide away on. This ain’t no ground that’s never been broken before by the likes of Nebula and Fu Manchu, but it’s some of the best fun, good-time rockin’ of the entire weekend. 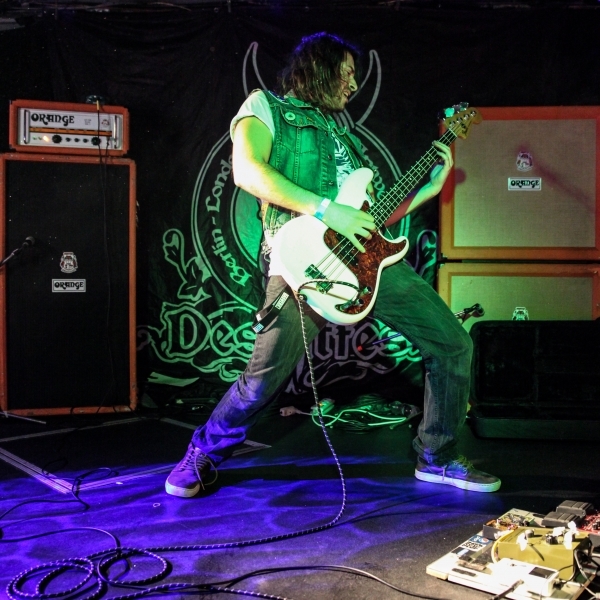 ‘Sons of Thunder’?! They’re opening with ‘Sons of Thunder’?!! Well I’ll be! HIGH ON FIRE are here and as soon as Matt Pike cracks out a black-toothed grin and lets the riffs begin to build slowly, by the time they hit the breakneck ‘The Black Pot’ and ‘Carcosa’ it’s pretty apparent that this is almost certainly the most intense headliner Desertfest has ever had on show. What happens next is an al-guns blazing greatest hit set from the one of undisputed kings of modern day metal: ‘Waste of Tiamat’, ‘Rumours of War’, ‘Blessed Black Wings’, ‘Bastard Samurai’, the riffage just never ceases. Des Kensal is a machine behind the drums, assaulting the audience and throttling Matt Pike and bassist Jeff Matz forward into stoner-thrash oblivion. The guy’s barely human and an hour or so later, I’m outside the Ballroom begging for someone to help me grow a new ribcage. 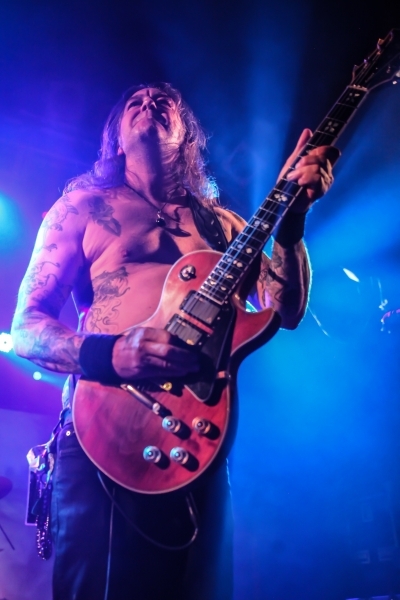 High On Fire barely need to use the PA at all tonight as their sheer tour de force pulverises the Electric Ballroom. If you were there, then you laid witness to one of the heaviest bands of all time absolutely killing it at the festival they arguably helped to ignite many moons ago. Ending on the unholy trinity of the smouldering ‘Bastard Samurai’, the armoured car assault of ‘Fury Whip’ and the astonishing ‘Snakes for the Devine’, HoF leave little in their wake except broken pint pots, t-shirts, dreams and eardrums as they complete their rout. A true phenomenon that continues to bludgeon all in their path.

Phew! What a day! Now it’s just a case of making the quick hop over to the Black Heart to sink more beers and talk a load of rubbish with complete strangers outside in the street, but hey that’s what Desertfest is really all about now isn’t it! See y’all tomorrow!