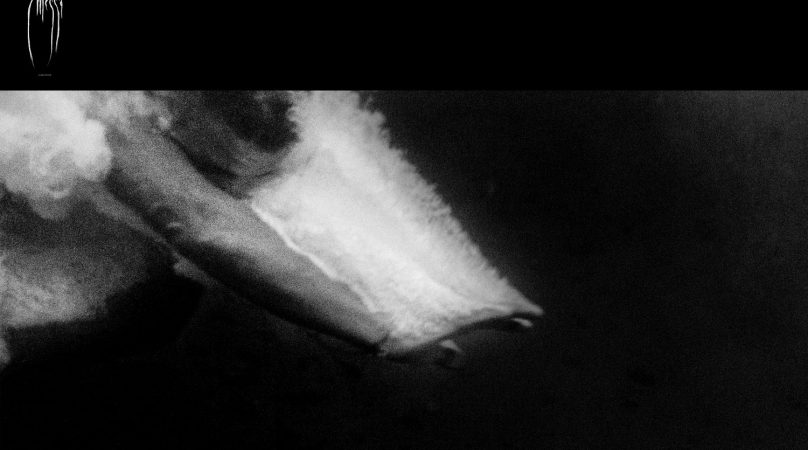 I love cinematographic music. Whether it illustrates a movement in a song or highlights emotions, I can’t dissociate the visual world from the music I’m listening to. And I am nothing but thrilled when a band’s music invites us to discover unique soundscapes. MESSA‘s sophomore album Feast For Water provides that exact feel, with eight beautifully stifling tracks, and a title and artwork that are as evocative as they remain mysterious. As the album deals with water symbolism and ritualism, « the shape of water » could have been this review’s title.

With their well-acclaimed 2016’s album Belfry, the Italian « female-fronted » (come on, quit the labelling already!) foursome stood out of the progressive doom crowd. Let me get things straight about this « female-fronted » thing: using such a term as a subgenre tag is as pointless as saying « male-fronted soul » or « male metal ». There is no such thing. Actually, it highlights the scene’s blatant sexism. And it’s even more of a pity when some bands hide their lack of creativity or barefaced plagiarism behind high-pitched vocals from hastily casted “divas”. A woman’s voice should not be the tree that hides the (rotten) forest.

But let’s get back to what matters most: MESSA return freed from their obvious influences – which can often be a young band’s pitfall – and any genre-related gimmickry, digging deeper into doom to sublimate emotions and enhance their story.

From the liquid intro « Naunet », we jump in feet first in abyssal depths, struggling in dark and cold waters, to only catch our breath in a vortex of heavy guitars (« Snakeskin drape »).  This is cinematographic music speaking for itself, for nearly-instrumental songs « Tulsi » and « Da Tariki Tariquat » will successively make you pitch under a swell of riffs, keel over then sink. You will feel like passing away, yet you’ll resurface while Sara’s voice will make you warm.

The songs’ framework give enough space for each band member’s expression, and thanks to a finely balanced mix, all instruments stand on the same level as Sara’s powerful tessitura. Indeed, she has such a wide vocal range that she can’t be pigeonholed in any of the lyric or symphonic genres we are used to hear. Just listen to contrasted songs like the scale-electrifying « Leah », « The Seer » or « She Knows » and you’ll get the drill.

However, MESSA shine the most by crafting their own, singular atmospheres. Tinged with Rhodes piano or Sara’s velvet-like bridges, their music is Lynchian: by turns jazzy and trippy, inhabited and hypnotic, yet always fascinating through its grim, disturbing beauty. It embraces the heart of the listener fully, to achieve posterity. You won’t forget this shape of water anytime soon.