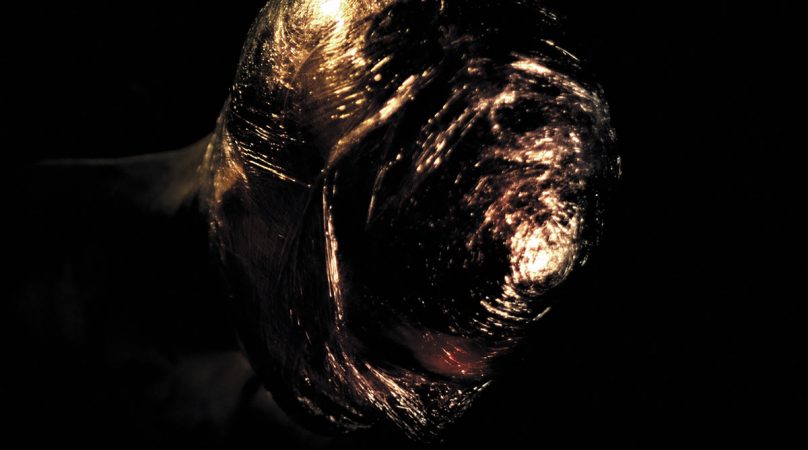 Last October, Nancy, France’s own WHEELFALL released their third album The Atrocity Reports. An album that is so intense in its sound and thematics that you won’t believe its an industrial metal record. It took me quite a while to digest this masterpiece, but here it is, at last: the review.

But first, let’s get back on the band’s beginnings. WHEELFALL released their 2012 concept debut Interzone (2012), which was very stoner-sounding but definitely not reflecting their intentions. So what, let’s fire the personal and start back from scratch, with a frontman who imposes his law on everything? Luckily, not everyone does like Guns’n’Roses! No change of personnel here, they even welcomed one more member on keys, and kept refining the sonic rendition of their ‘vision’. Then came its mystifying follow-up Glassrew Point in 2015, an ambient double album coupled with a novel, darker as ever and not quite the kind of let’s-get-high-in-the desert kind of vibe anymore. This wasn’t a shift, but the debut they actually meant to put out after trying to find their feet and moving further with the retranscription of their vision. Yet, when it came out, I wasn’t ready, too busy going through the flurry of stoner rock releases. What a mistake…

So when The Atrocity Reports came out, I wasn’t expecting the perfect followup to Glassrew Point but a breakthrough record that could surprise me in many ways. Shorter but no less intense, introductory track “The Way To Every Crime Is Ours” sets the tone with a fast-paced industrial thrash which themes are obviously meant to make us uncomfortable (voyeurism, serial killers, manipulation, etc.). See, this album requires a special effort from the listener, after what it will unveil itself fully. Unlike many outfits, WHEELFALL’s music is entirely bind to their lyrics and philosophical as well as cinematographic themes, something that will fuel your thinking and make your emotions resound through music.

But don’t get me wrong: The Atrocity Reports is anything but a mere horror movie soundtrack. It’s much more than that. It’s the soundtrack of our latent dark side, ready to awake at any moment. This underlying violence is carried by a brand of industrial metal that Prong (if they hadn’t turnt into a boring melodic band) or Ministry (before P.Barker’s departure) could have put out: raw, fast, heavy, with vocals being like a fully-fledged instrument that sets the songs’ pace. WHEELFALL’s harsh and cold look at our (possibly) fiction-laden society can be taken only as a whole. You can’t dissociate the tracks, even if they’re rather short or potential ‘hit singles’, like the album’s most representative song “Violence is Seduction”.

To enjoy this album properly, you’ll need to find a quiet spot and embrace the Nancy foursome’s work fully. Such talented outfits who combine music and literature are pretty rare these days, and we may even be regarded as cult in a few years. Don’t miss out on The Atrocity Reports, you would regret it.