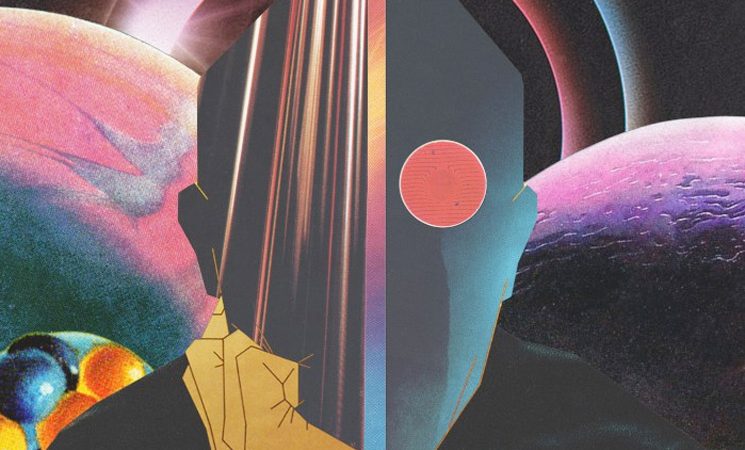 The wait is over! FU MANCHU‘s twelfth studio album is finally out, as the follow-up to their 2014’s “Gigantoid” which, let’s be honest, left me hungry for more. The Californian foursome is back at the best of their art – Fundamental Applied Riffology – a science that only a few cornerstone bands master, enough to remain at the top of the game after 25 years of career.

Fu Manchu is not a stoner rock nor a desert rock band, actually they don’t fit in any box (I mean, have you ever caught them singing about weed and cactuses? Case closed). Fu Manchu is a pure Rock band, the kind who plays music without caring of what the crowd or critics have to say. This may be the reason why they’re still around, 24 years after their debut “No One Rides For Free”! This new album “Clone of The Universe” is no exception, being the finest example of everything I said above.

The first lesson the Riff Masters are teaching us goes through six chapters, and aims at deciphering the band’s influences and enlightening us about their songcraft. The record kicks off on a pretty unalterable feature of their sound: power chords played repetitively by the rhythm section, laying the foundations of their songwriting and what we can define as THE Riff. Since their beginnings, the Californian have kept the same consistent songwriting, using a Riff and jamming around it until the final outcome: a song that kicks major ass.

From “Intelligent Worship” to the absolute heart-stopper “Clone of The Universe”, the balance is perfect between hefty, distorted guitars played at the speed of sound (but slower than light), then slowing down as abruptly as an emergency braking. Once the drifting is controlled, the psychedelic takeoff blows up just as a sonic firework.

‘But I don’t see any applied sciences here!’, you’d say. Just listen to the lyrics, goddammit! Didn’t you notice that 24 years later, Fu Manchu keep being influenced by the 70s, sci-fi and good fun, and that you won’t always be able to draw a literal meaning from their lyrics? If not, then you need a cure and stop seeking a meaning behind every goddamn word the Great Riff Masters have been laying on paper.

After this first lesson, it is time to get properly not serious. The second part of the record is made of one sole element: “Il Mostro Atomico”. At first glance, you may think it’s a filler, that the band are taking the piss or getting lazy. Well, you’re wrong. They have invited one very special guest to deliver on one of the song’s four movements, a musician that the band obviously worships: Rush’s legendary guitarist Alex Lifeson. This epic track made of riff outtakes from unreleased tracks shows the band’s urge to give free rein to their creativity and experimentations, with the appearance of one of the 70s’ most acclaimed guitar players as the icing on the cake.

Once you’ll have tamed the 18-minute epic, you will feel addicted and hungry for more, wondering how come that nowadays’ releases don’t feature more brilliant jams like this one. The answer is simple: you just took part to the greatest Riff lesson, provided by one of the finest rock bands of our time. Always copied, never bettered. “Clone of the Universe”, worshipped by The Lord.