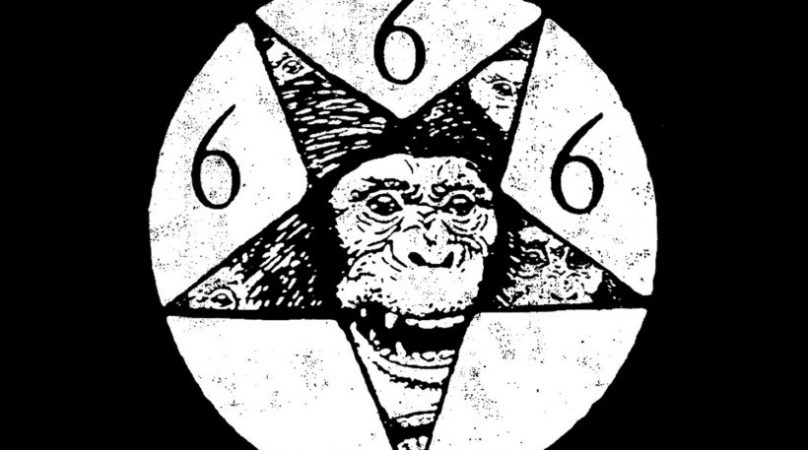 Disclaimer: this review, as well as this record, are much likely to sweep away your idea of what violence actually sounds like. If you feel ready, then crank the volume up and keep on reading. If you’re not, then what the hell are you still doing here?

IRON MONKEY: the great return of UK’s sludge pioneers – no less. Or should I say, the descent upon our decayed civilization of the wrecking plague it has brought about, with no other purpose than self-destruction. On a hiatus since the passing of their vocalist Johnny Morrow, Iron Monkey have been M.I.A for 18 years. And I’ve been wondering: how many of you actually listened to latest album “Ruined by Idiots”, when it was issued in 2002? Not too many, right? I was living in England at the time, and believe me when I tell you that I wasn’t ready for such violence (yet).

So what’s the point of a reunion and a new album then? I can hear haters on socials arguing about the legitimacy of such a reunion, and even mentioning the money factor. You know what? Go get a rope and leave us be, for fuck’s sake. Iron Monkey are back because we needed them! By dint of hearing gazillions of (disappointing) copycats, it was time to set fucking things straight.

9-13 is all about vocal brutality (I mean, shrieks) laid on top of fast-paced, hardcore-style beats (“Crown of Electrodes” will smash you against a wall) and grooves that can make NOLA’s greats green with envy (just check out “Toadcrucifier – R.I.P.PER”). As a result, you’ll get instantly crushed and shoved in the pit by their terror-sludge, and have no other option than letting your primal instinct prevail to survive the madness and downfall of this world, throwing you into this one-way sonic assault. What did you expect? That this album would be an ode to the holy Leaf? Ridiculous! Jim Rushby pours his hatred and turns Iron Monkey into the ultimate juggernaut, bringing mayhem into your ears and making you unleash your wrath on this alienating society to reduce it to ashes. Because annihilation is the only outcome once the hound gets unleashed..

And you know what? I loved it! The heaviness, screams, grooves, violence, the overflowing energy, the chaos. To this day, no band can compete. Why is that? Because none of them is as sincere, desperate and hopeless than Iron Monkey, the real prophets of rage. If you survived this album, it means that you totally embraced 9-13 (or you’re simply  masochist).