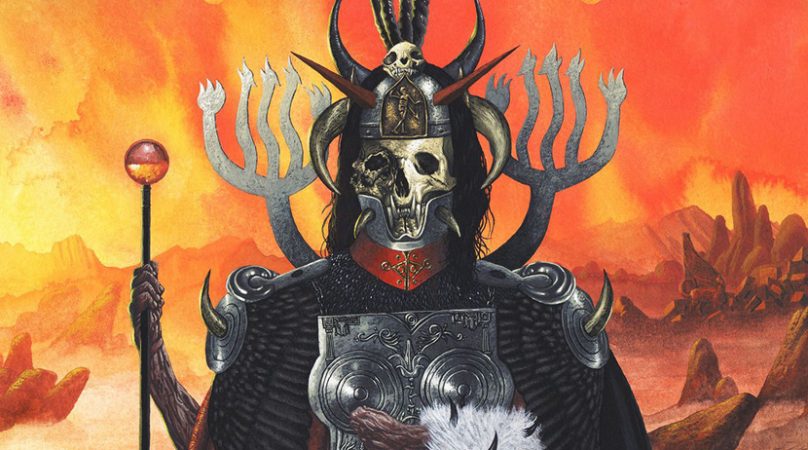 It’s always enriching to dive back into the discography of such an endlessly creative outfit as MASTODON, realizing that they’ve never put out a similar album while still following the same thread since their beginnings. A consistent, flawless evolution that is undoubtedly the reason behind the Atlanta foursome’s success today.

If most people swear only by Crack the Skye, the band has however slightly changed since the release of their 2011 full-length The Hunter and just as brilliant latest album Once More Round the Sun, shifting from a rich, unheard progressive metal to more accessible and catchier releases, like a credential-free gate to their world. Most bands would be accused of passive touting for displaying such an affordability. But it’s never been the case with MASTODON.

Bordering on pure genius, the band shows a mind-boggling facility to make their brutal, steel-laden, sometimes intricate metal become popular among mainstream crowds… without ever losing their coherency. This is how I felt when Once More Round the Sun was released and things haven’t changed a bit with Emperor of Sand, the first single “Show Yourself” speaks for itself with its heavy riff, clean vocals, dizzying guitar solos, super infectious choruses and apex-reaching bridge. This recipe, which has been largely proven on the previous record, reaches its climax inasmuch as the album is filled with countless hits-to-be – “Show Yourself”, “Precious Stones”, “Steambreather”, just to name a few…

But don’t get me wrong: under this apparent facility, the band has fun putting up a smokescreen during this bridge or that chorus. Constantly in search of the perfect balance between the dark and bright side, the underground and mainstream, Mastodon sails through songs that schizophrenically kick off the sludge way, then end on heavy metal theatrics… and so on. That bipolarity gets strengthened by Troy Sanders hoarse screams and Brent Hinds soaring singing. But the real pivotal force here is no one else but relentless drummer Brann Dailor, whose breaks and fantastic eruptions brilliantly cadence and improve the whole thing – proving once again that he’s one of the best drummers of his generation. The magnificent “Jaguar God” perfectly sums up everything I’ve just described, and with its long, patient build-up, offers one awe-inspiring finish to the album.

Emperor of Sand is a dense, genuine, well-crafted album, yet it’s surely not a risky bet. Don’t deny yourself the pleasure to see Mastodon reaching peaks of brilliance, as no one seems to be able to steal nor challenge that iron throne of theirs, solidly settled on top of the metal game. The King is dead, long live the King!