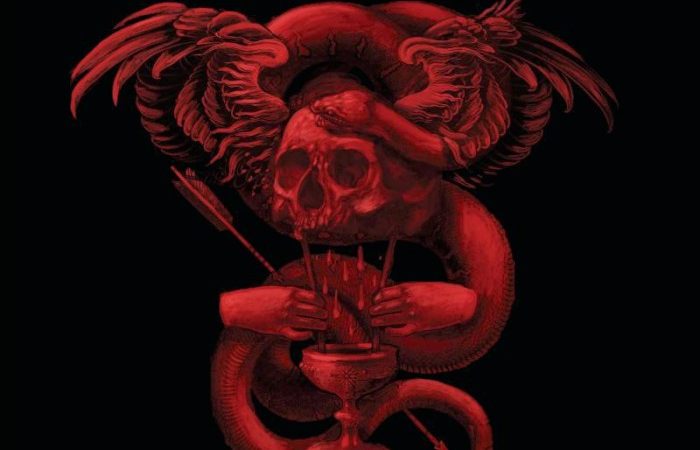 THE OBSESSED are back! The legendary metal band fronted by Scott ‘Wino’ Weinrich is breaking twenty years of silence with a brand new album, following on from its leader’s numerous releases with Saint Vitus, Spirit Caravan, Premonition 13 and as a solo artist. With Sacred, The Obsessed don’t look back and deliver a revengeful outing, proving once again that they owe the world nothing.

I’m not fond of the opportunist 70s retro rock wave as it’s lumbered with too many second-rate bands, so I sort of started listening to Sacred apprehensively, while wondering if a twenty years hiatus would influence the songwriting in its quality. But I shouldn’t have worried a bit: I’m a huge fan of Wino’s work, and his live performances are always such a thrill. Guess what, Sacred is no exception.

The album kicks off the massive yet punchy doom anthem “Sodden Jackal”, sounding just as if Wino injected some Motörhead into the mixture. This short and driving appetizer sets the tone for the rest of the record: vibrant, melodic, captivating… a banger, to say the least! Barely is “Sodden Jackal” over that “Punk Crusher” blows in on the riff highway – a classic hard rock/heavy metal tune scoring points over pretty much anything released since the late 70’s.

The pace may be slowing down on the title track, for all that it doesn’t make it a light piece. Wino’s vocals set the pace, leaving room for guitar solos worthy of the golden age of Metal. The heavy rock stampede continues until the groove-laden instrumental “Cold Blood” kicks in, getting heavier on “Stranger Things” and last but not least, my favorite track “Razor Wire”. With lumbering grooves and catchy licks, this song was simply crafted to be a classic and make the head bangs.

The last bit of the album contains a declaration of love from Wino to his kids (“My daughter My Sons”) and a punker “Be The Night”, to wrap up on a high note the return of one the most tortured bands, alive as ever!

With Sacred, aficionados will gladly find nods to music movements of the past four decades, and even subtle references to more actual bands. But newly converted to Wino will be treated to no less than the ultimate Encyclopedia of Heavy Rock within just twelve tracks, delightfully giving in to this brilliant album.